Hello, everyone! My name is Peter Poray–Koshits. I am the lead of the World of Warships game design department. I’m also known as PPK in World of Tanks, Warplanes, Warships, and many other games. Today, I’m going to answer scintillating questions from you, the readers of our blog, or at least a major part of them – even a Yamato has a limited range of fire. 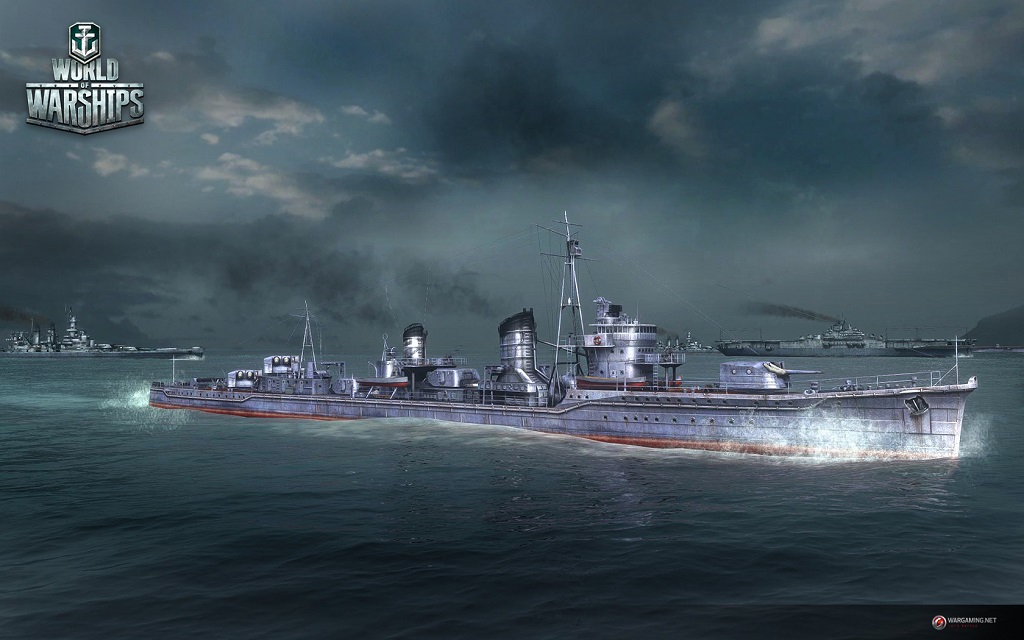 Please tell us a bit more about the visible damage that may be dealt to a ship.

The ship will have visible traces of artillery hits and onboard fire. You will also have an opportunity to see that a number of functional modules are severely damaged and are no longer operable: the main battery caliber turrets, torpedo launchers, superstructures, radars, range finders, etc., will all show this damage.

Are there any intentions to introduce ship sub-classes into the game? (For instance, battlecruisers, etc.)

The game will feature four distinctive classes: battleships, cruisers, destroyers and aircraft carriers. We do feature battlecruisers, along with other sub-types of ships, but they are under the cruiser umbrella, and it’s up to players how to use them in an effective manner.

Will there be any additional battle modes similar to World of Tanks (like “Assault” and “Encounter”)?

Yes, World of Warships will include game modes similar to World of Tanks, as well as a number of its own modes; we’re working on it. It’s no secret that a “Convoy Escort” mode seems to belong in this game, for instance. Of course, we’re not 100% sure that will appear in the final game release, but we’re experimenting with it, and it looks pretty fine. Battleships advancing to clear out the convoy’s path, while destroyers are arranging a fake convoy on the other flank… Cruisers speeding to avoid any enemy destroyers that get too close to cargo ships – lots of new stuff that will cause you to reconsider your approach in such battles.

I’d like to get an update about maps — how many of them are in the initial plans, and what is their features?

I can’t quite confirm the total number of maps at the moment. I expect five to 10 of them by the time World of Warships releases. The characteristics which feature most significantly are actual elements from the real-world locations on which they are based, e.g., the Pacific Ocean, Atlantic Ocean, North Sea, South China Sea, etc. Moreover, the maps will differ by size: smaller maps for lower-tier ships, etc. Battle modes will also affect map selection. 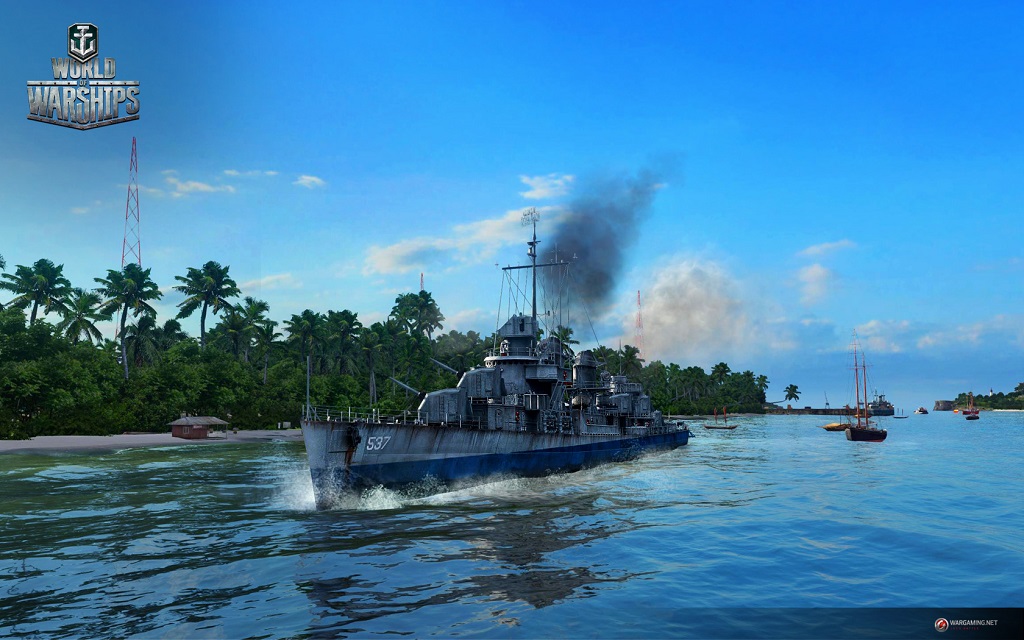 Will there be any sort of “open world” concept, where any player will be given a ship and an ocean to do whatever he wants?

This concept is under consideration. It may happen, maybe, somewhere in the distant future.

What are the hardware requirements for WoWs?

They will be close to that of World of Tanks. The game runs well on laptops, even on those with integrated Intel graphics chips onboard.

How will the player control aircraft?

Controlling aircraft in World of Warships doesn’t actually follow any other existing mechanics. The system itself is being tweaked, enhanced and developed.

Will it be possible to equip an aircraft carrier with only one type of planes, say, fighters or dive bombers?

Players will be able to choose the aviation onboard solely at the their own discretion: reconnaissance planes, fighters, bombers and torpedo planes in any proportion. 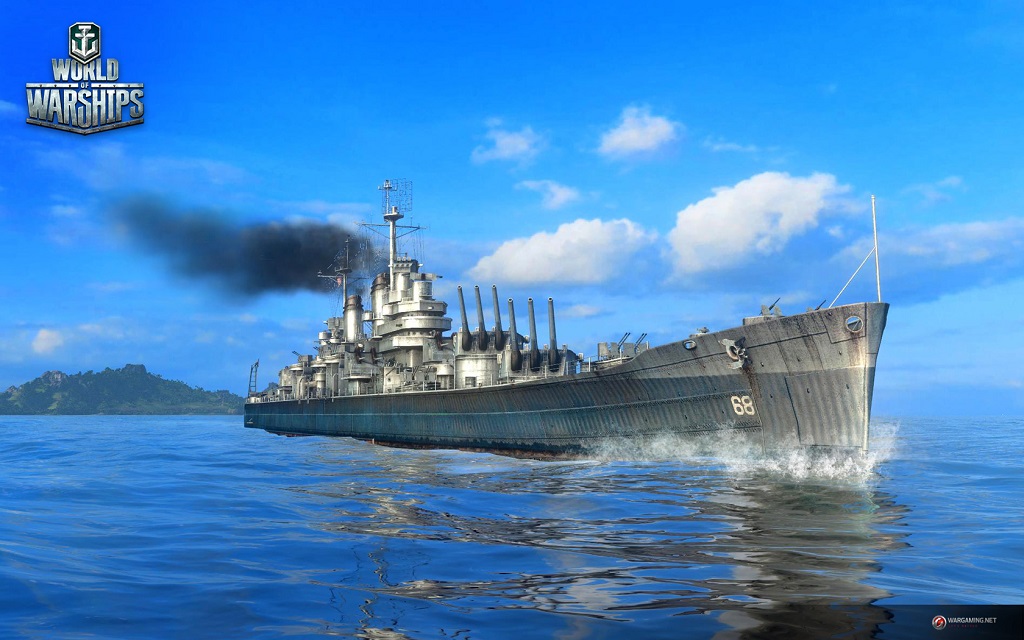 Are you working on the physics of sinking after a ship is destroyed?

Yes, we’re working on this as well. It should be noted that not every destroyed ship actually sank. Often, it was destined to float with one soul alive on it. But this is a gameplay component, too — you may run into such a ship, or the smoke from its onboard fire may prevent you from effective observation.

Will the cannons differ by their depression angles, as in World of Tanks, where American tanks can point the cannon lower compared to other nations?

Main battery turrets of various ships are known to have pretty similar depression angles — 0-5 degrees. Although, some elevation angles could vary from 20 to 45°; this factor would influence maximum firing range. All these factors are represented in World of Warships. Also, we pay attention to the accuracy of traverse angles of main turrets and torpedo launchers, their front angles and their blind zones. For instance, the Takao is a hell of a ship: being a cruiser that possesses four torpedo launchers, it still lacks ultimate superiority — the launchers have separate firing sectors that do not cross. So, basically, you’ll have to turn your hull to aim each of them at your target. We have AA sectors in future plans, too. Thus, you will be able to turn the most effective side of your ship toward approaching diving bombers.

What is the approximate length of a battle? Will it be sufficient to fulfill all mission goals?

Currently, battles last up to 20 minutes, though this may be corrected further on, if necessary. This time is enough to get a few victories per battle (I even saw a cruiser with six wins by the end of the clash). There are also rumors about the “Black Destroyer” that appears online at midnight, gets nine frags and disappears, though i haven’t met her yet…

I was always interested to know how the workplace of a programmer looks (that person who compiles the final code of the game, assembling its every tiny part)? By the way, what position do they occupy?

Well, the final code is assembled by script at night. Nevertheless, it is up to us, real humans, to decide what components will be included in a certain build; Andrey Lysak is predominantly responsible for that. Proudly, I present to you how his workplace looks. 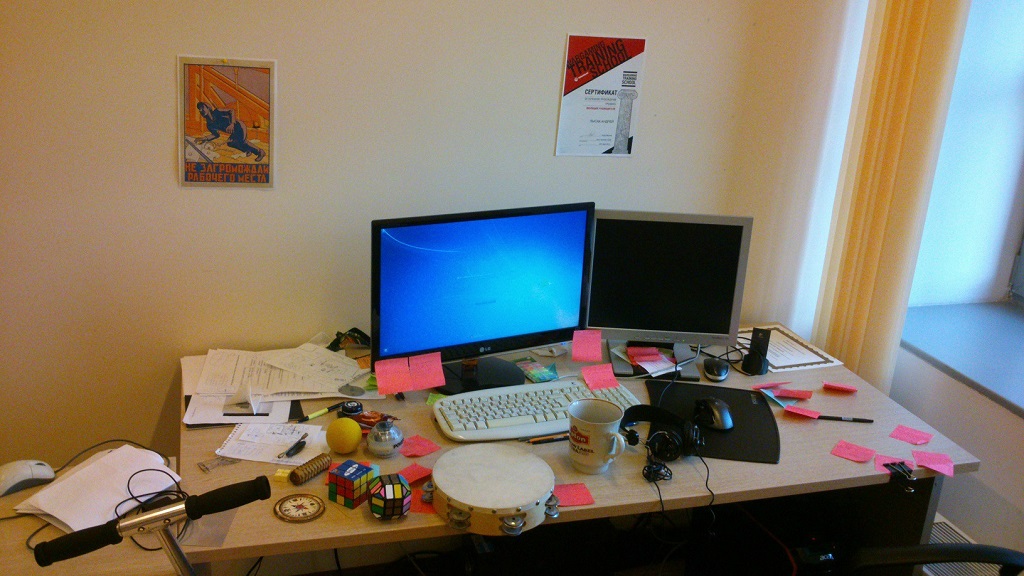 What are the odds that alpha testers of World of Warplanes and World of Tanks: Generals can join the World of Warships alpha?

Equal to those of ordinary users.

How about the barriers to entry?

This is one of the most important points to check with the help of our alpha testers. Based on the tests, we see that guys with 10-20,000 battles have no difficulties with the interface. Aircraft carriers seem to be the most difficult part – they can be pretty complex even for experienced players.

Will there be a minimap in the game?

Yes, it will be included, similar to World of Tanks. We plan to mark shallows there. There will also be a tactical map that will be a useful tool for some important tactical functions.

But, the map itself is only 50x50km! Will it be possible to note shallows 100 meters long?

Well, we plan to mark them by icon on the minimap. Their actual placement will be seen in the world itself. After all, who said it would be an easy process?