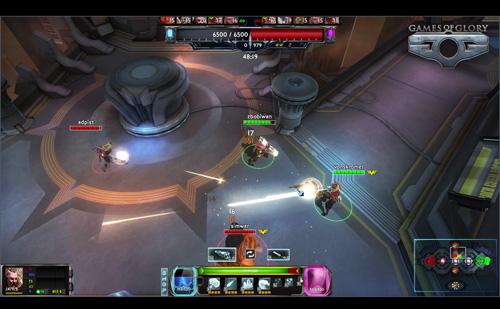 Games of Glory is a new MOBA from indie studio Lightbulb Crew.

“We are extremely excited to hear from the gaming community regarding Games of Glory so we can integrate their feedback and ideas into development and deliver a game that matches our player’s expectations.” said Anders Larsson, Studio Head and Founder, Lightbulb Crew. “This announcement is a major milestone for our young studio and we look forward to moving forward with development.”

Games of Glory takes place in a sci-fi universe full of different species, planets and factions. Players take on the role of a Controller of Clones, battling for the influence of their political factions or clubs.

The developer is currently looking for testers for an ongoing alpha test. You can sign up for a chance to get in by registering on the game’s forums.

Check out the Games of Glory website for more information on the game.