Well, it’s been another great week for CSE. Lots of work getting done, new folks joining the team, new hardware showing up in boxes, etc. There’s a lot to cover today, so let’s get started.

First, thanks to our friends over at Nvidia. Another box of lovelies showed up today and as the photo below shows, there are even a couple of their OUTSTANDING GeForce GTX Titan cards. For those among you who are not familiar with Titan Black cards, here’s a link that you should check out. Now, don’t worry, we are NOT baselining the Titan Black card for our game but it sure is nice to have a couple of them here for fun and frolic during testing. So thank you to Nvidia for the awesome package of hardware love, thank you very much! Here’s a picture of Andrew with some of the toys.

While we are on the subject of testing, the programming team had a great week. Among their accomplishments:

New hires have increased dramatically without lowering our standards. We now have three new programmers who have accepted our offers, and we’re hopeful that we will add a fourth new member to the team next week. They will be all coming onboard over the next five weeks, and three of the four programmers join us with significant MMORPG experience. It feels like Christmas in April, but whether that is because of the new hires or because we had hail this week, well, time will tell. In total, we will go from a team of 5 programmers to 9 programmers in about a month. At 9 programmers strong, we will be in good shape for our push to Alpha in August. Andrew and I are quite excited about adding so many talented programmers to our team over the next 5 weeks.

Lastly, we have the latest Becoming™ story for the Giants of the Tuatha De Danann. A link to the story on our website can be found here. This marks the first story “developmentally edited” by Max and he did a really great job on it. I’m looking forward to seeing him work more of his magic on my stories, and hopefully he’ll write some stories of his own! And, as always, we have two pieces of great art from Michelle and Sandra to accompany the piece. One of them shows a male and female Giant, and then there’s a really cool piece with the male Giant.  Here’s a look at the concept art: 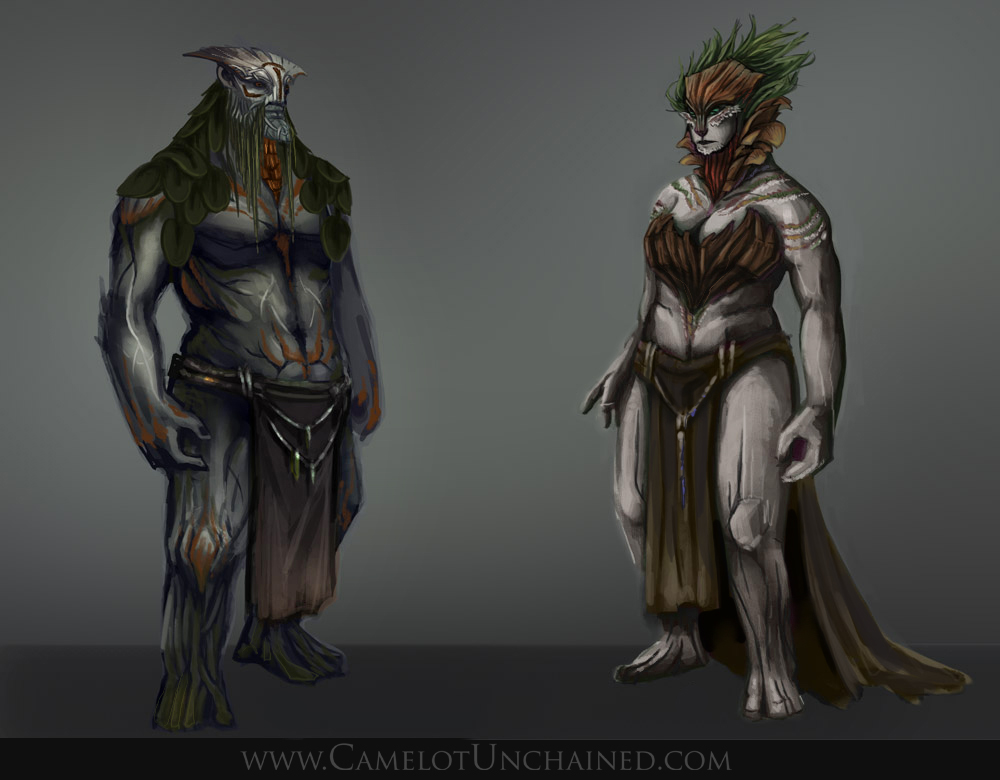 So, that pretty much sums up our past week. No week is ever perfect, but this was a really, really great week.

Have a great weekend all!