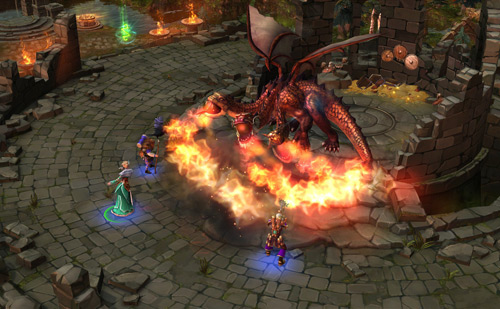 Prime World, the MOBA that blends RTS, MMO, and RPG elements, is now out of beta and officially launched, developer Nival has announced.

“It has been an amazing journey creating Prime World, a game that we feel truly stands on its own compared to other MOBAs,” said Sergey Orlovskiy, Founder and CEO of Nival. “Our goal was to create a game that touched on many of the popular components seen in other games of these genres, but to create something unique that players haven’t exactly seen before. Through the open beta we’ve heard all of the feedback from players, and now with some major improvements integrated into the game, we are more excited than ever to release Prime World to the masses!”

The live version of the game features a new and improved matchmaking system, new heroes, new skins, new talents, new tutorials, better AI, as well as a geolocation-based ranking system that lets players compare their skills with other players in their regions.

Prime World is available worldwide in English, German and French. You can download the game via Steam and find out more on its official website.