I’ve been following Everquest Next for some time now, but it’s been revealed that we will have over 40 classes to choose from and collect, which is quite a lot if you ask me! I can see much variety in gameplay and aesthetic niches here. I also remember one particular poll about "Modern Concepts" which included several things but most notably: guns.

So Guns, a heated topic at the time and still is whenever it is mentioned. Two sides of an argument that Norrath should stay a strictly Medieval Fantasy world and others thinking that guns have a place within its lore. Need we forget that in Everquest 2, we had robots with functioning AI and airships and we didn’t even see crossbows and it seemed odd to me. The official word of the developers on this issue is that they will keep an open mind to it, instead of a hard "yes" or "no" on the subject. Well I have some two well thought out suggestions about bringing Guns into Norrath without making it lose that distinctive, classic fantasy feel. I think that both sides can agree on if there are guns, we obviously don’t want modern guns like pump action shotguns or AK-47s, but early firearms such as clockwork, flintlock pistols or blunderbusses would not be out of scope. 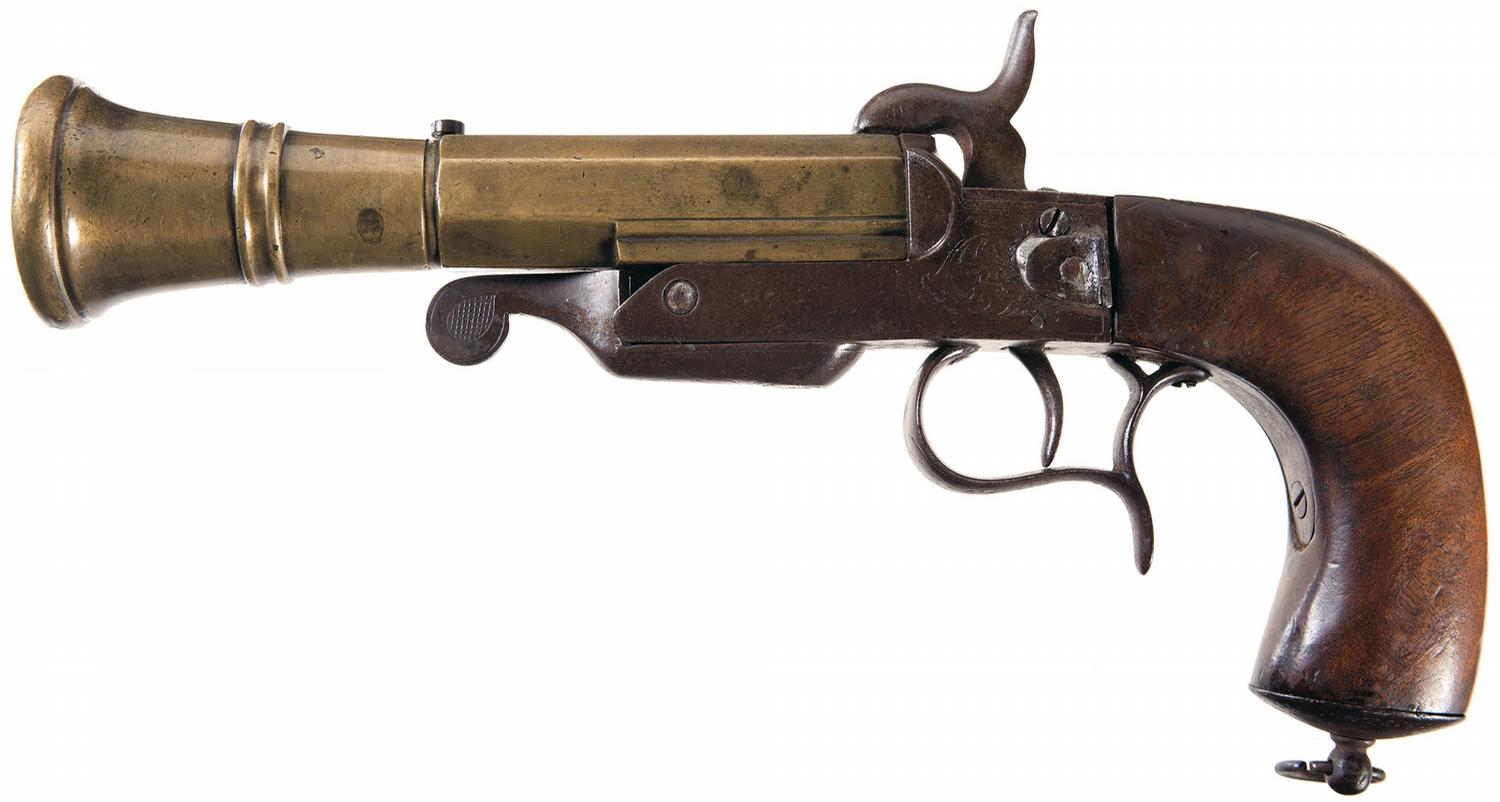 Look at that beaut.

Anyway, we can also agree that not every Farmer Joe and Handmaiden Nancy should be packing heat. Early firearms were deadly but very inefficient weapons. Only those skilled in gunsmithing and maintaining these highly technological devices could wield them properly without injury. It would also take such a gunsmith to use these firearms to the same effect as a skilled archer can with a bow and arrow. Thankfully, we are not limited to the basic classes such as Warrior and Wizard that we are upon character creation. There are many classes to be found! Who knows what lost Dwarven or Gnomish lore had on black powder firearms prior to that knowledge almost being lost to the Dragon War. Now that we are back on Amaril, the Dwarves (and hopefully, the Gnomes) are seeking old technology lost within their ruined cities. Too long they lived in squalor on Kunark and now they can finally reclaim their old wonders.

You must go down into the depths of the earth into ancient dwarven and gnomish ruins to find the lost secrets of gunsmithing. Enter the two classes: Engineer and Gunslinger! These two classes are the only two that can use firearms. Pistols and Rifles. The Pistol is the one handed firearm known for it’s quicker reloading and faster rate of fire, but weaker damage. The Rifle is a powerhouse weapon that can punch a hole into the strongest armor but is slower than it’s one handed counterpart. I am not advocating dual wielding firearms. Even in modern times this is not a smart thing to do. Pirates of old, in real life, often carried multiple pistols to shoot several rounds without reloading but rarely at the same time. The Gunslinger is the dexterous vigilante dressed in a brimmed hat and longcoat that is the hunter of both wicked men and evil creatures, and the Engineer is the utility-clad powerhouse on the battlefield that brings tinkers, explosives, and scatter shot blunderbusses to bare.

Let’s break it down: 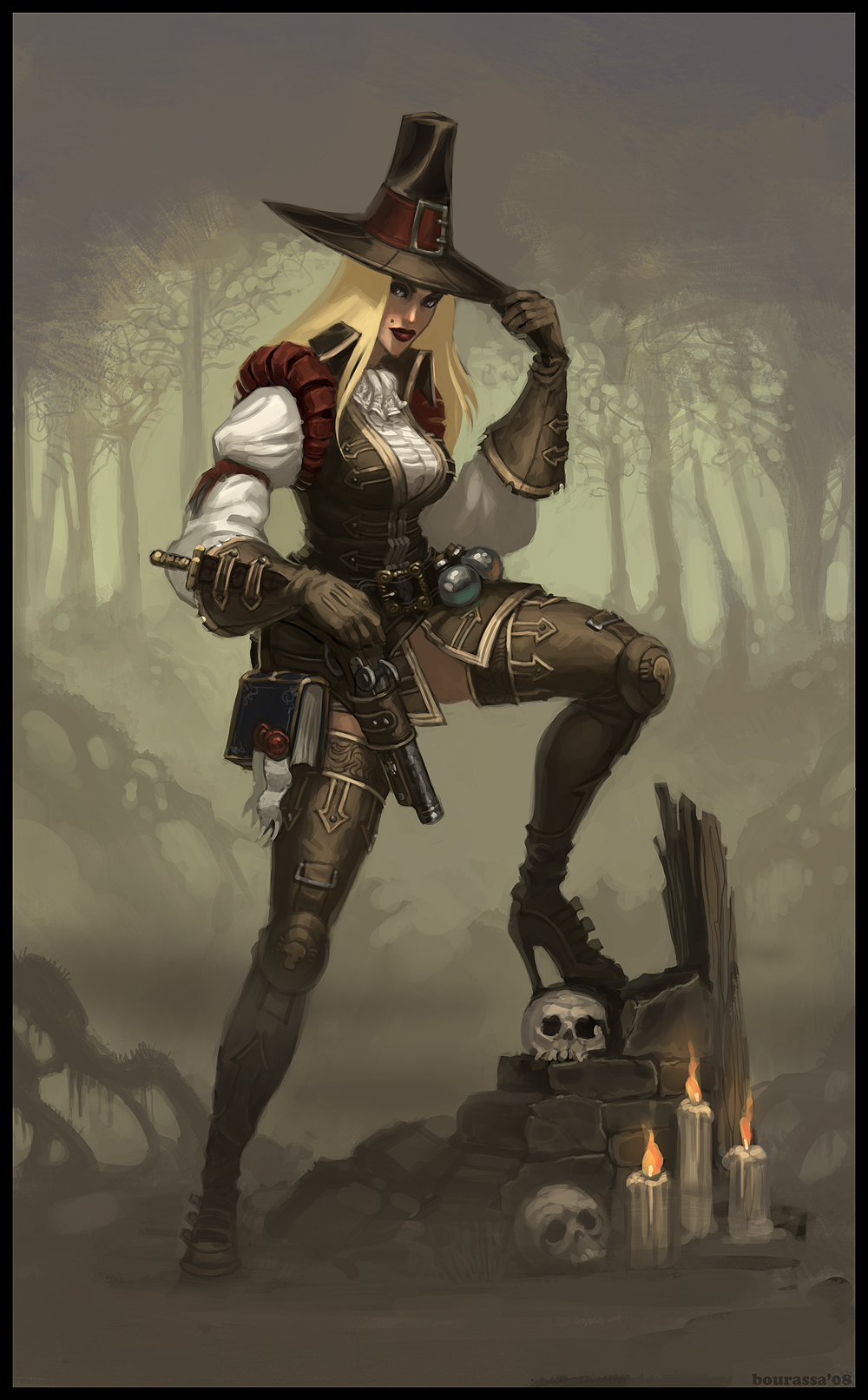 "There are outlaws to bring to justice and witches to burn, and I do my job with style."

The Gunslinger is the more dexterous of the two gun wielding classes. Taking inspiration of the heroes of the wild west to the notorious witch hunters of colonial times. Using feats of deft movement around the field of battle while staying at a safe distance unloading hot lead into their enemies. A more tech savvy cross between Ranger and Rogue, the Gunslinger is a single-target terror in any group. Guns are powerful, but slow to reload. The Gunslinger works best as a "Burst" damage dealing class, unloading pain very quickly on long cooldowns. Lightly armored to keep light on their feet and also make room for their weaponry, the Gunslingers prefer to keep at a safe distance and know some cool tricks to stay there. Main Class abilities will include their main gun shooting, pistol whipping, evil slaying badassery you’d expect from this class, with the Alternative Class abilities (those that can be selected by players "maining" other classes) that focus on mobility and possibly a "Hold-Out Shot" on a long cooldown.

"Have explosives, will travel."
The Engineer is a utility clad powerhouse for those that prefer an even more tech savvy angle than that of the Gunslinger. Wading into the thick of battle with their immense gear and their scatter shot blunderbuss, the Engineer is a cackling harbinger of destruction with his wide array of explosives that will ruin anyone’s day. Melee to medium ranged fighters, these guys have a wide variety of tinkers and inventions that allow them to control the battlefield and fortify the positions of their allies. While the Gunslinger must focus on a single target, the Engineer deals out explosives and scatter shot like rice at a wedding, preferring short ranged AoE attacks. Main class abilities include their powerful gunshots, bombs, and their more impressive inventions. Alternate class abilities will include more utility based inventions or smaller scale, more easy to lob explosives for those sword wielding peasants that want a bit more fire to play with. Traps are also a possibility with this class.
—————————————————————————————————————-
So there you have it. I do understand that many don’t like the idea of guns in their fantasy setting, but I believe that having firearms kept to their earliest renditions and keeping them in 2 of 40 classes keeps guns the rare, dangerous, and scarcely understood weapons they are. I think this is a fair compromise while still giving the world it’s trademark fantasy feel. Plus having two kickass and defined classes is a bonus.
Thoughts? Suggestions? Feel free to let me know. I really hope SOE takes notice.