PlayBBG.com regularly recommends some awesome browser games in favor of players. This month, We completed a list of new browser games, released or to be releases soon, hoping you like them, or at least one of them. 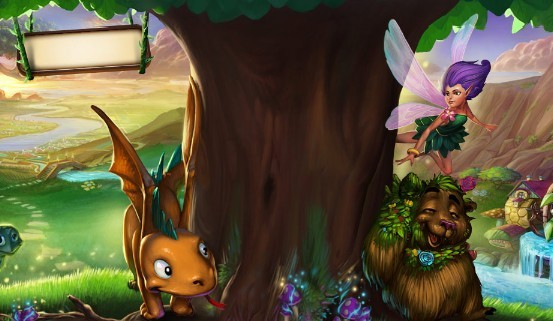 Kartuga is a 3D pirate-themed action MMORPG powered by Unity 3D engine. The game is developed by Ticking Bomb Games and to be published by Germany-based Innogames, best known for its flagship games such as Grepolis and newly unveiled Forge of Empires.

Goodgame Empire is a flash-based strategy game where you role play as a lord in the medieval castle, train soldiers, build a great empire and conquer other new territories.

Forge of Empires is a browser-based strategy game. Players must manage or produce resources, develop an army, gain control of provinces, and research their way through several ages of history and development. The game offers a single-player campaign for players to explore and conquer several provinces, gaining resources and new technology as they progress. Players can also rearrange their cities, duel other players, and balance production as they explore the world.

Kingdoms CCG is a browser- based card trading game portraying the classic battle of the holy and the undead. For new players, you are strict to the story mode of single player in one campaign. The game is developed by Antic Entertainment, the maker of zombie misfits (Facebook) and platoonz(Kongregate).

Mythic Saga is a new free fantasy title from Gamewave, the publisher behind Crystal Saga and Call of Thrones, and is in closed beta (in the first full week of June) for players in South East Asia at the game portal of voomga. Mythic Saga is inspired by the oriental mythology. Players in it act as heroes to explore the fantastic world seeking for lost memories and the truth around the Mystic land. Quests, guild, crafting, mounts, combat system and on – typical mainstays of MMORPG are all preserved.

Bubble Ninja is a free browser-based side scrolling RPG developed by China-based LineKong. Although the title and characters of the game are taken from the Japanese manga series Naruto, the settings, gameplay, and background music are all loosely implemented. In the game, you can choose from one of 4 characters, male or female, and explore the world of Naruto by completing quests, learning skills, raising pets and teaming up to challenge boss monsters.

Serenia Fantasy (Chinese:仙境幻想) is an anime style browser RPG by KoramGame, a China-based gaming company behind games such as Spirit Tales, Dragon Born and etc. Serenia Fantasy is one of those games where you can reach a high level without any consideration in any form.

Wartune is browser-based fantasy game with hybrid gameplay revolving around city building, single player training, multiplayer-based campaign exploring, and dungeon brawling. As the lord of the city, you need to expand your city, develop your economy and raise powerful armies to defeat demon hordes. The game, originally published in China, is developed by 7Road, the maker of DDTank and It will be published in North America by R2games, a China-based gaming company behind anime RPG Crystal Saga.

FantasyRama is a browser-based farm management game where players are able to build your magical garden, grow plants and raise the mysterious fantasy creatures. Following the “Rama” series, Bigpoint is developing FantasyRama and takes fairy tale theme into as the main background. Overview: In the magical world of FantasyRama, Elves, fairies, and mystical creatures coexist under the protection of the mighty trees of life. The perfect dream land, however, is at the risk of destruction and therefore, is badly in need of a hero or heroine who can rise to the occasion to save the world and restore peace.

Pockie Pirate (Chinese:小小海贼王), originally released for Chinese gamers, is a web browser-based side-scrolling RPG based on the Japanese animation One Piece. It will be brought to North America by Ngame this summer.