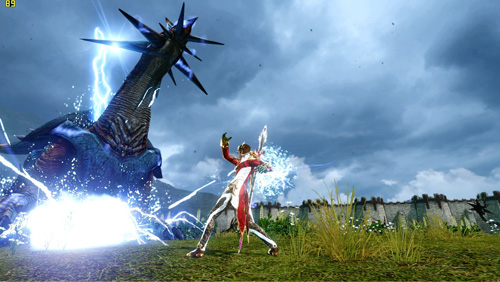 Info: ArcheAge is an open world sandbox MMORPG developed by XL Games. In the game, you can band together with allies and construct massive castles to claim your lands and build farms and houses to power the economic engine. Fight for glory and fortune across land, sea, and air in massive PvP battles and epic naval combat – or go beyond two factions and live the life of an outlaw. In this world – the choices are yours to make.

Key Features:
• Epic Player vs. Player Combat
The wealth and power at stake in the Land of Origin are known by all– and fiercely contested. Assemble your allies to rule your empire on these uncharted lands, or rally together forces and craft massive siege engines to forge history and find glory as you rip power from the iron grasp of the enemy.

• Player-Driven Economy
Crafting, Gathering, and Trade are at the heart of ArcheAge and you are the engine that moves history forward. Master the economy and shape the world around you. Trade and transport goods to the front lines of the war. Construct massive galleons and towering castles. The endless war depends on alliances and community to work towards common goals to build, defend, and conquer.

• Naval Combat on the High Seas
Between the three continents lies a massive uncharted ocean – and law has no place on these waters. Amass wealth by securing trade routes and controlling the flow of resources, devastate your foes in epic naval combat, or rule the oceans as a pirate…. but beware what else may lurk in these dark waters.

• Player-Driven Justice
Those with grievous charges of theft, murder, and the like will find themselves before a jury of fellow players as justice is served at the hands of the people. Will they sympathize with your actions, or will the gavel sentence you a criminal? Those that continuously skirt the rule of law may find themselves exiled from their homelands to live the life of an outlaw – but on the bright side, a pirate answers to no one!