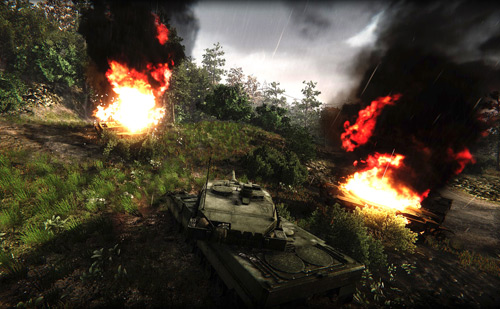 Obsidian is working on a tank-based tactical online game.

Armored Warfare is a team-based tactical online shooter that puts players in control of modern combat vehicles and heavy military weaponry. The game is published by My.com, a subsidiary of Russian Internet giant Mail.RU.

Although the game has only just been announced at the 14th annual Game Developers Choice Awards earlier today, beta sign-ups are already open on the official website. You can check out an exclusive announcement trailer from Gamespot below.