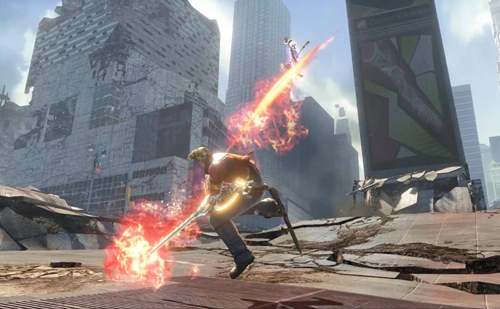 Bandai Namco Games has announced Rise of Incarnates, a free-to-play 2v2 brawler developed by the team behind the Tekken and SoulCalibur series.

“As a new franchise, Rise of Incarnates represents the next big step in expanding BANDAI NAMCO’s footprint in the Free-to-Play gaming space,” said In Joon Hwang, Director of Digital Games at BANDAI NAMCO Games America Inc. “Having been built from the ground up, Rise of Incarnates contains the necessary attributes that create a rich and dynamic gaming environment that fans are sure to enjoy.”

Rise of Incarnates is set in the aftermath of a great catastrophe, where strange meteorites fell from the sky and devastated many cities around the world. Players take on the role of an Incarnate, people who acquired supernatural powers following the catastrophe.

Here’s a rundown of the game features:

• Characters and classes for all levels of play – Unique Incarnate powers in diverse classes enable you and your partner to form original team compositions, discover unparalleled strategic depth, and experience levels of camaraderie unavailable in modern competitive games.

• Awaken untold powers – Harness and unite your powers to decimate all.

• A ravaged world – the familiar cityscapes show a world on the brink. New York, Paris, San Francisco, London and more; tragedy must be averted.

Rise of Incarnates is slated to launch later this year for PC via Steam. The game is currently accepting alpha sign-ups over at http://www.riseofincarnates.com