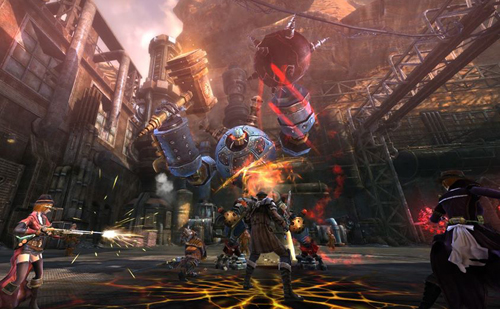 Snail Games will be inviting more players to test out its steampunk MMO next month.

Snail Games has announced the closed beta date for its steampunk-themed action MMORPG Black Gold Online. The game will enter closed beta testing on Thursday, May 15 at 2 PM PDT.

The beta version of the game will feature a variety of improvements based on feedback from the alpha test, including new environments, improved user interface, improved Personal Carrier system and significant changes to the battleground maps and matching systems.

If you were in last month’s alpha test, you can use the same user account and game client to play in the beta test as well.

Planetside 2 scores a new type of aircraft, SMITE says goodbye to Beta, Albion Online see’s a short Alpha period and Zombies Monsters and Robots are all invading the a new shooter, all of this…