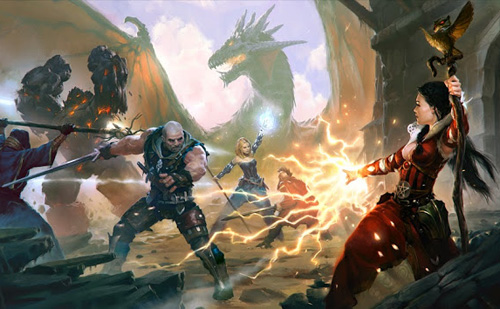 The Witcher Battle Arena is a MOBA designed for touchscreen devices where players fight in two teams of three, with each team trying to deplete the opposing team’s point pool by capturing and holding conquest points. The game features notable characters from the Witcher universe, including the witcher Letho of Gulet, dwarven adventurer Zoltan Chivay, the sorceress Philippa Eilhart and more.

“With mobile devices as powerful as they are and the graphics they offer being so beautiful, we can finally plunge into mobile gaming and deliver our take on free gaming to gamers worldwide,” said CD Projekt Red Studio Head Adam Badowski.

“The whole team here at Fuero Games is really excited at the prospect of developing a game for such a big and engaged community as that of The Witcher,” said Fuero Games CEO Stanisław Fiedor. “I’m convinced that our skill in mobile multiplayer game development, combined with the creative flair of CD PROJEKT RED, will produce an experience Witcher fans will want to come back to again and again.”

The Witcher Battle Arena is scheduled to launch on iOS, Android and Windows phones and tablets in Q4 2014.

You can learn more about the game by visiting its official website.