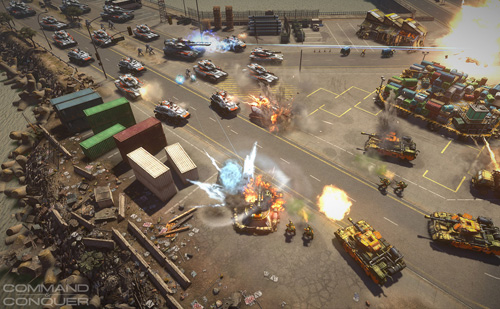 EA and Victory Games have revealed that Command & Conquer, their upcoming free-to-play online RTS, is set to begin its first beta test in late November.

Games.on.net reports that the game will begin its closed beta in the week of November 25, get an alpha update next week, and officially launch in the week of February 24.

Set in the Command & Conquer: Generals universe, Command & Conquer is a free-to-play online RTS that EA says will mark a “return to the core gameplay that put the series on the map”. The game will feature three varied factions and a wide variety of generals.