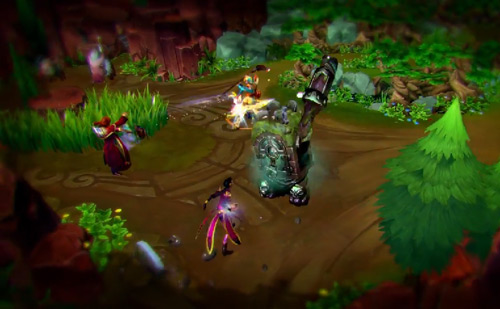 EA and Waystone Games’ MOBA now open to all.

EA and Waystone Games have announced the start of Dawngate’s community beta, opening up the fast-paced MOBA for everyone to play.

We’ve been heads down with players for almost a year iterating on the game, tuning, and getting the kinks worked out of our internal pipelines as we’ve slowly grown the game. We’ve made great progress and it’s time to start connecting to more players.

So what does Community Beta mean exactly? Two big things. First, we’re removing the requirement for keys. Second, we’re going to start to slowly dial up the presence of the game in the gaming community. You might be saying to yourself: “Self, if they get rid of keys, isn’t this now an Open Beta?” Not for us. For us Open Beta means that the game is polished and fairly feature complete. We are still cranking on both fronts, so it’s not time to say Dawngate is “open” in the traditional sense of “Open Beta.” However, it is time to start getting more people in so that we can develop with you guys at a larger scale. Hence, Community Beta!”