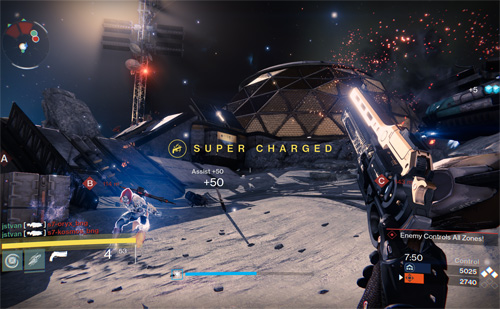 Activision and Bungie have officially announced the beta dates for Destiny. The sci-fi MMOFPS will go into beta testing on July 17 for PS4 and PS3, and July 23 for Xbox One and Xbox 360.

Here are the details from the press release:

• The Beta will be offline for scheduled maintenance on July 21 – July 22 and open back up to pre-order participants across all platforms until 11:59pm PDT on July 27

Activision and Bungie also announced three collector’s edition versions of the game, including the Ghost Edition ($ 149.99), Limited Edition ($ 99.99), Digital Guardian Edition ($ 89.99), and an Expansion Pass ($ 34.99) for the game’s first two expansions. You can check out the Destiny website for more information.

Destiny is scheduled to launch on September 9 for PS4, PS3, Xbox One and Xbox 360.

Tribes: Ascend is a free-to-play multiplayer-only first-person shooter part of the Tribes franchise. It is developed by Hi-Rez Studios and is currently avail…
Video Rating: 5 / 5