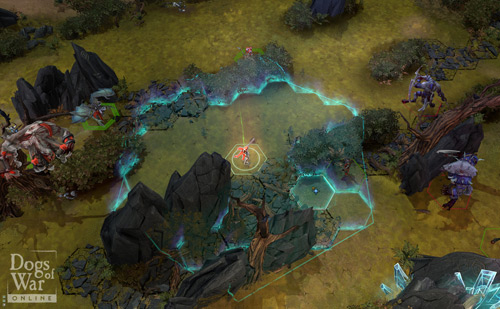 The game is now open to all on Steam. To celebrate, Cyanide Studio is increasing the game’s Ducats rewards (the in-game currency) from battles by 15% until Sunday February 8.

Dogs of War Online is an online turn-based strategy game where you manage your own company of mercenaries, choosing your soldiers from the wolf army of Yllia, the lion army of Alahan and the undead army of Ram. The game is set in the same world as Aarklash: Legacy and based on Confrontation, a board game from Rackham Entertainment.