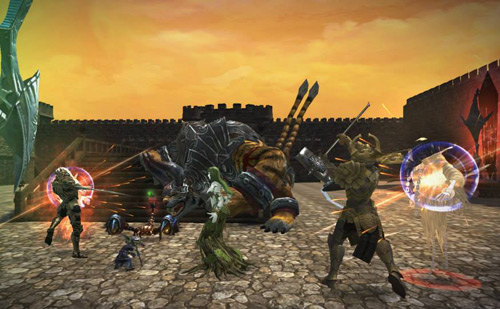 Playwith Interactive’s fantasy MMO will be open to everyone next Thursday.

The open beta will launch with the following updates:

• PvP Map Upgraded! Seoness has evolved! Our latest MOBA improvements are coming along great! (Check out the images below)

• PLAY 2 WIN update: The focus of EWO as a free to play game will be PLAY to win. ALL items can now be earned through in-game methods one way or another! More info will be available on our official website soon!

• Successfully Evolving a transformation now has increased visual effects and will notify the whole server.

Eclipse War Online was announced in January and is currently in closed beta testing. To learn more about the game, head over to the official website.