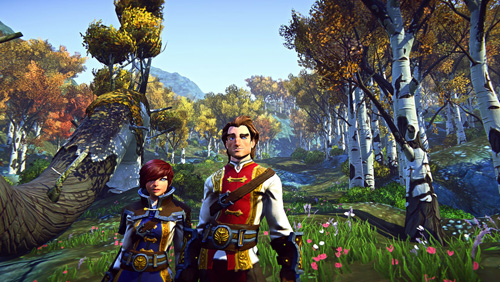 Info: EverQuest Next Landmark is a free-to-play online sandbox building game from Sony Online Entertainment. The game is built using Sony’s proprietary MMO game engine ForgeLight, and features massive worlds to explore and versatile tools that allow players to build anything they want.

Key Features:
• Build Anything
Build anything you can imagine. With Landmark’s state of the art tools, you have unprecedented control over your creations. A massive variety of materials with realistic physics means that how you build will influence what you build.

• Explore
Explore massive Landmark worlds and claim territory, building materials and much more. See what your fellow players have created — and help them build!

• Make Your Mark
This is your chance to help build a game! Build alone or in groups to create Landmarks. Join massive construction contests and your creations could last forever. The best buildings players create will become permanent fixtures in the EverQuest Next world.

• Collect
The rarest resources, objects, gear and secrets are scattered across the worlds of Landmark! Can you find everything?