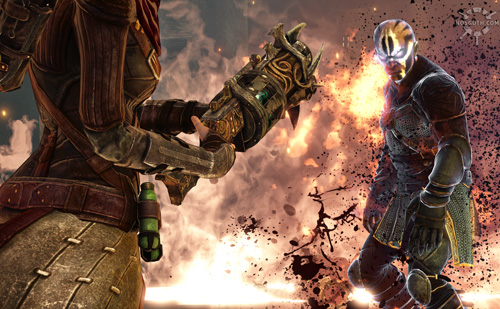 Alpha test extends to North America and the rest of Europe.

Nosgoth’s alpha test began last week but was only open to Denmark, Finland, Sweden, Norway, and the Netherlands. But today Square Enix and Psyonix announced that gamers in North America and the rest of Europe can now join in on the alpha test too.

Those participating in the alpha have the early chance to experience the brutal war for dominance between the ranged-focused Humans and melee-focused Vampires.

To sign up for a chance to join the alpha test, head over to the official Nosgoth website.

http://www.mmobomb.com/clone/gta-5-free-to-play for GTA 5 free to play alternatives. Check what full games you can download for your PC that have similar gam…
Video Rating: 4 / 5