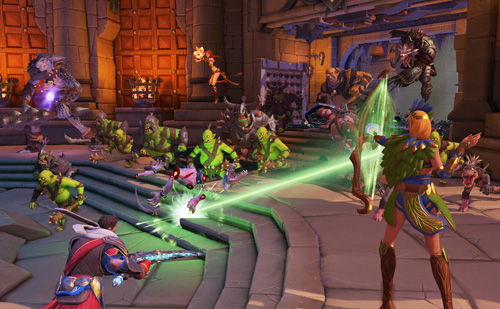 The closed beta will feature a new map and three new heroes in addition to the ten already in the alpha. You can sign up for a chance to join the beta via the below links:

Orcs Must Die! Unchained is scheduled to launch in late 2014 for PC.