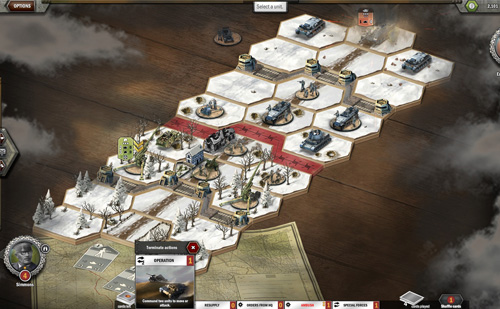 Ubisoft’s free-to-play Panzer General game is now open to all.

The open beta version of the game will feature new units and command cards and the all new Skirmish 2.0 multiplayer mode, which allows players to enter PvP battles with pre-constructed decks so new and advanced players can face-off on equal footing.

Players who participated in the closed beta last September will receive two exclusive tanks, one for the US army and one for the German army.

To start playing, just head over to the Panzer General Online website.