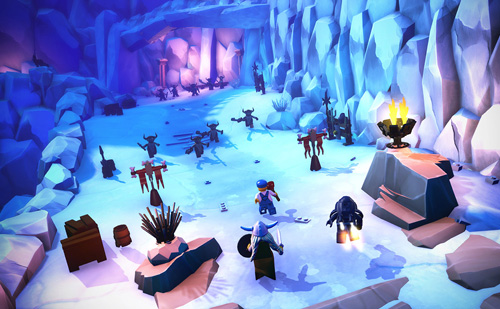 Funcom announced on Monday that sign-ups for the LEGO Minifigures Online beta have opened. LEGO fans can now apply for a chance to take part in the closed beta and help shape the upcoming LEGO MMO.

“We are heading into very exciting times,” said LEGO Minifigures Online Executive Producer Lawrence Poe. “Closed Beta is first and foremost an incredibly important tool which allows us to receive valuable feedback from our audience, feedback that we can use to improve the experience and make it the best possible game before we launch it to the masses. The whole team is looking forward to opening the door and letting players come in and experience some of the great stories, content and gameplay that we are creating.”

Announced back in August, LEGO Minifigures Online is a cross-platform free-to-play MMO where you can visit various themed LEGO worlds and collect a variety of minifigures.

The game is scheduled to launch in the second half of 2014 for PC, iOS and Android devices.