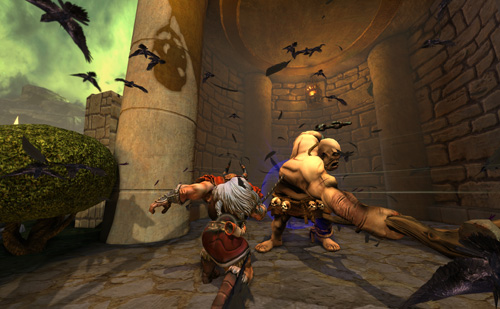 Hi-Rez Studios’ MOBA will launch in full next year.

Hi-Rez Studios announced that its third-person MOBA SMITE is set to launch in North America and Europe on March 25, 2014.

SMITE has been in open beta since January and according to Hi-Rez the game has accrued over 2.5 million registered players, making it one of the most played MOBAs in the world.

The developer will mark the official launch with a $ 100,000 LAN tournament that will run from March 29-30 in Atlanta, Georgia, featuring the top four teams from Europe and North America. The event will be live-streamed worldwide via twitch.tv/smitegame.

Player progress in SMITE’s Open Beta will carry over to the game’s launch. Additionally, players who reach level 30 before the official launch will unlock the Cacodemon skin for the playable god Ymir.

To play in the open beta and find out more, head over to the SMITE website.