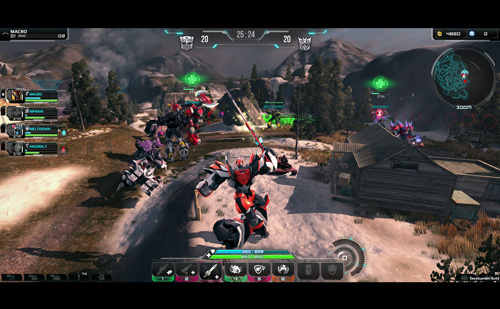 Jagex’s Transformers MOBA will be open to all tomorrow.

Transformers Universe, the action-based MOBA developed by RuneScape developer Jagex, will enter open beta testing on July 4 at 6 AM EDT/11 AM GMT.

“We’re delighted to be opening our game to the public, a game we believe is worthy to be Jagex’s second massively multiplayer online game,” said Mark Gerhard, Jagex CEO & CTO. “Our Beta community have been having enormous fun playing, as have we, often being schooled by them! Everyone has been absolutely fantastic throughout the Closed Beta and provided us with great feedback which we continue to implement into the game service through our weekly updates.”

Jagex will be celebrating the open beta with a number of events, including a double XP weekend, a $ 75,000 prize pot, and a 24-hour livestream event on the game’s official Twitch channel.

To learn more, head over to the Transformers Universe website.