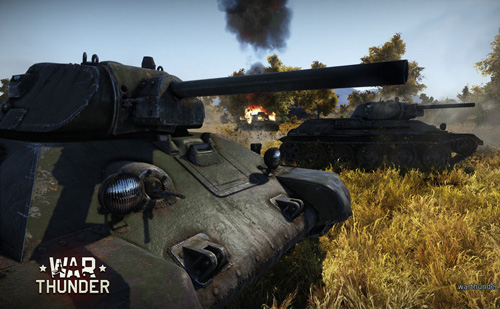 WWII MMO puts its armored vehicles to the test next month.

Gaijin Entertainment is introducing a whole new way to play War Thunder next month as the first beta test for the game’s Ground Forces expansion rolls out.

According to Gaijin, it will be holding a closed beta test for the Ground Forces update “before December 4th”. Interested players can sign up for the beta test at the official War Thunder website. You can increase your chances of getting in by participating in the game’s Ground Forces HQ daily missions, one of which is happening today.

War Thunder is a combat simulation MMO dedicated to World War II military aviation, armored vehicles, and fleets. The aerial combat portion of the game went into open beta earlier this year, with the ground and naval combat portions still in development.