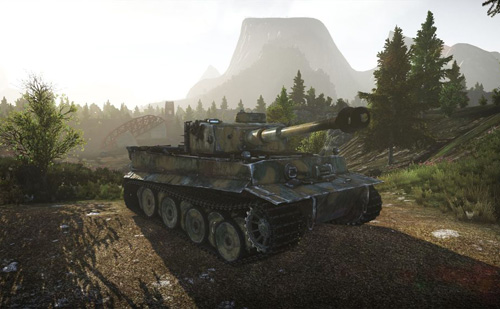 Gaijin Entertainment has announced the start of the open beta for War Thunder’s Ground Forces expansion, officially adding tanks to the WWII MMO.

“Our goal from the beginning with War Thunder was to create a game that allows players to safely experience the perils of a full scale world war,” said Anton Yudintsev, CEO of Gaijin Entertainment. “The rumble you hear in the distance, is the sound of many of our six million players launching their earth shaking attacks using heavily armored ground forces. Players who prefer aerial battles better keep one eye in the air and one eye on the ground because Ground Forces Expansion has launched!”

The open beta for the Ground Forces expansion coincide with the 1.4.1 update, which adds a slew of new content to the game. You can check out the full patch notes here and sign up to play over at the official War Thunder website.