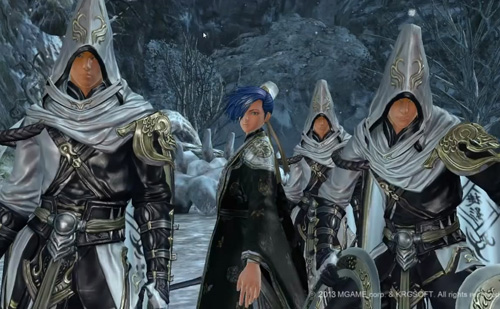 Cubizone Interactive has announced that the second installment of KRG Soft’s wuxia-themed MMORPG, Yulgang 2, will be coming to Southeast Asia later this year.

Yulgang 2 is an open world, non-targeting action MMORPG set in the world of Ruler of the Land, a popular Korean comic written by Jeon Geuk Jin and illustrated by Yang Jae Hyun.

“Free to Play, the game offers a unique combat system and a variety of gameplay features; PVP modes, Arena modes, Pet System, Skill Combo system, Game Controls and an Air Sprint feature, bringing to life the flying and gliding moves made popular by martial arts movies such as Crouching Tiger, Hidden Dragon. More details about the features will be revealed as the game draws close to its launch.

The game launched its open beta this past January in South Korea and will be making its way to three Southeast Asian countries in Q4 2013, including the Philippines, Singapore and Malaysia.

To find out more about Yulgang 2, head over to its official website.