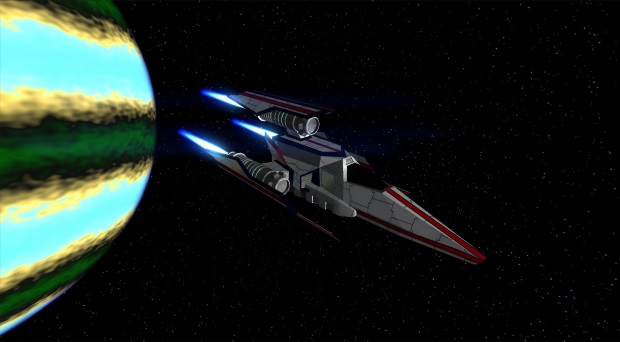 Fluffy Kitten Studios, the indie developer behind the ambitious space MMO, Ascent: The Space Game, has embarked on a Kickstarter campaign that will allow the studio to complete the art and interface overhaul that began earlier this year. The added funds will also allow Fluffy Kitten to add features such as active NPCs that respond to text commands and new gameplay—including smuggling, bounty hunting, and assassination missions.

Three days in, Fluffy Kitten has already received $ 16,700 of its AU$ 35,000 goal. The money will be primarily used to hire George Karandais, the artist responsible for Ascent’s new ship designs—all of which have been widely acclaimed by the game’s thriving user base.

Ascent’s Steam Greenlight campaign is near 4,400 “yes” votes–and inching closer to a green light from Valve. Every Ascent premium user will receive a Steam key from Fluffy Kitten. 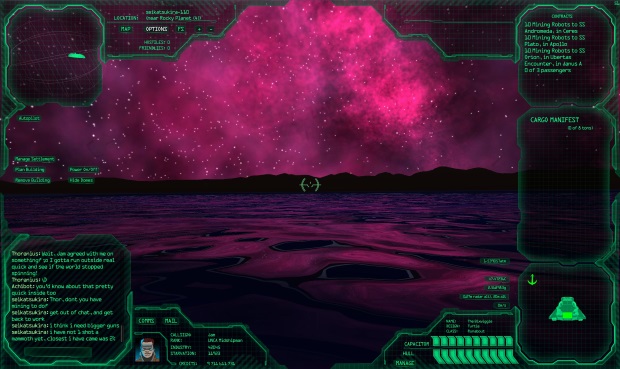 “I spent $ 70,000 out-of-pocket to create Ascent,” says James Hicks, founder of Fluffy Kitten Studios. “Without external help and relying only on my savings, I have just four months left of full-time development. We’re taking the Kickstarter route so that we can hire an artist full-time and an interface designer part-time—and to add some awesome features to the game. I reckon that’s what Ascent needs to become the game it was always meant to be.”

Ascent sports a mind-boggling 270 billion star systems—and it allows players to build and customize their own ships, colonize faraway worlds, compete with other players for currency and resources, mine asteroids, trade, and much more. The game’s two gameplay modes are roughly divided into “Industrialist” and “Combat” campaigns running side by side – it’s possible to switch between the two at any time. ”Industrialist” is more trade-oriented: Players are tasked with rebuilding business empires and attempting to restore order to the human race. Priorities include food and raw materials. In contrast, “Combat” features ship-to-ship (PvE) skirmishes as the player is recruited by the last remnant of the military (United Nations Combined Arms [UNCA]) to help protect the wealthy Janus Merchant Cabal against a pirate syndicate. The game’s engrossing storyline can be read here.

If funded, Fluffy Kitten will add the following features to Ascent:

Kickstarter users considering backing the game can play the unlimited browser version or download a time-limited demo for PC from http://www.thespacegame.com/download-demo.html