Since DizzyPW and the rest of the creative guys are a super swamped covering the PC MMO portion of E3, I wanted to put together an first impression article based on the titles Microsoft showcased during their Monday Xbox E3 Media Event.  Full disclosure: I have no background in journalism, however, I was able to weasel my way into the Microsoft Xbox E3 Media event so I think that is qualification enough to put together this article: 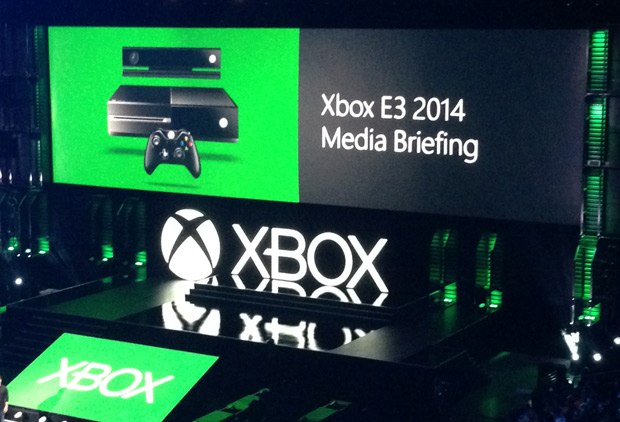 What makes it Interesting: Jetpacks could add a new element to the CoD franchise. Halo Reach and TitanFall are fast paced, chaotic shooters that have allowed players the ability to rely on their reaction times over their ability to aim with precision.  Call of Duty has always slowed down the tempo a bit to instead build itself around keeping yourself alive long enough to get to kill-streaks to help the team. It will be interesting to see if they can maintain their previous formula.  Also, Kevin Spacey.

Assassin’s Creed: Unity – Set in Paris during the French Revolution AC: Unity looks to strengthen a key element that has made the franchise successful throughout the years: its single-player experience.

What makes it Interesting: 4 player Co-Op Story.  Unity allows you to pick up and play the new storyline with up to 3 of your friends.  This allows far more strategic, tactical squad combat.  Players will be able to coordinate an ambush on unsuspecting enemies and will have to work together to maintain stealth.

Sunset Overdive – Brand new IP from Insomniac Games that combines wall running and rail riding into a 3rd person shooter.  Sunset Overdrive does everything it can to make sure that it does not take itself too seriously.

What it Looks Like: Tony Hawk, BioShock Infinite, Dead Rising 3

What makes it Interesting: Sunset Overdrive prides itself on giving users the agility needed to provide a different gaming experience.  By not taking itself serious, Sunset Overdrive looks to win the hearts of gamers through comedy, similar to Borderlands.

Fable Legends – The creators behind the Fable franchise have put together another version of their franchise.  Although I have never been a huge Fable fan myself, Fable Legends brings about a few interesting tweaks that have peaked my interest.

What makes it Interesting: Fable Legends may have fixed the biggest problem that plagued the other installments – Co-Op. Fable Legends features a 4 player Co-Op campaign that allows players to use their abilities to create combos to take out enemies. Having the ice mage freeze a minion and the soilder destroy it with his fire sword is just one example of the coordinated gameplay strategy on hand.  Another huge update is the ability to play the villain of the game.  Fable Legends allows you to set traps, command minions, and create bosses for the 4 heroes to go up against.  This kind of unique game-play is a mantra that Fable always held firm; it looks as though Fable Legends may have finally delivered. You can sign up for the beta by going to www.FableLegends.com.

Halo: Master Chief Collection – By developing a single user interface, the guys who built the Halo series finally put all 4 games into one handy place for us. This collection offers Halo, Halo 2, Halo 3, and Halo 4 and gives you the ability to put together a customized playlist that allows you to play any mission within the saga in any order.  The Master Chief Collection comes with a re-designed version of Halo 2, the original Halo 2 multiplayer experience, and over 100 multiplayer maps – all in 1080p and 60 FPS.  To top it all off, the MC Collection gives users Halo: Nightfall, a digital storyline that ties the events of Halo 4 with the upcoming Halo 5: Guardians, as well as access to the Guardians Beta. Even better, they’ll have a new never before seen prologue and eulogy that offers a more complete bookend to the series as a whole. You can even switch back between the original and updated graphics settings to truly appreciate the upgrade or get a stronger nostalgic fix!

That’s it for your Xbox E3 First Impressions.  Hopefully, I can get my hands on some of these demos tomorrow and see how they play.