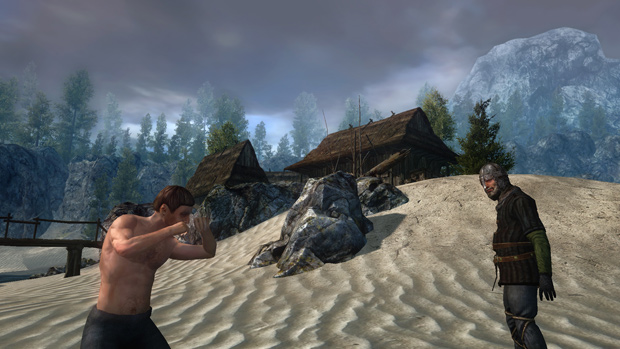 Gloria Victis takes a major step forward towards building their ideal sandbox MMORPG world today with update 0.0.6.7, focusing on crafting, hunting, and beaches. This update not only expands the playable landscape by 30% and introduces swimming and swimming animations, it also makes the all important connection of gatherable resources and craftable goods a reality.

Final Goal of Crafting:
– Unique animation for every gathering and crafting process.
– Crafting process mini-game extension.
(Reflexes, Timing, judgement, stable hands and dextrous fingers will be needed for these tasks)
– Skill of player determination of success.
(Tasks still can be delegated to chance (based on proficiency) with easier tasks having 100% success rate for master craftsman such as smelting ore but higher end tasks such as the actual forging of a blade would be benefited by a skilled player taking over the process personally)
– Addition of many, many more recipes.
– Players have a maximum of 200 crafting points, mastery of a craft requires 100 points be put in. Therefore, players can choose to be a jack of all trades, a specialist or a bit of both.
– Possible extension of maximum crafting points if the player decides to invest in wisdom traits in character creation / development. 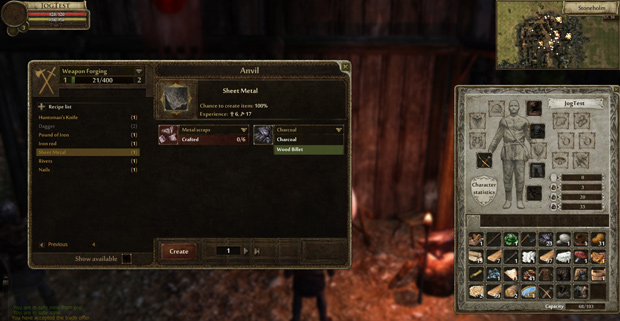 To further implement (aka force) these changes on the current alpha testers, Gloria Victis has removed all items previously available for purchase via NPCs. The economy will now be built off player trades, barters, and sells.

Another interesting implementation of this update comes in the form of open development, in which the team will be sharing their experience building out the game including regular images of what they’re working on. The official dev forum thread can be found here!