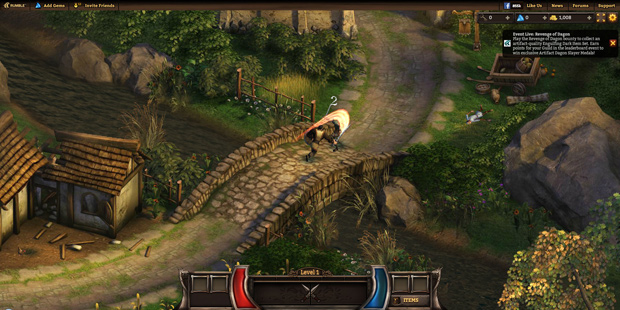 Kingsroad is a browser based massively multiplayer online role playing game made by Rumble Entertainment. In this hack and slash type of RPG that is completely playable in your browser of choice you take the role of a hero. As a Royal Knight, it’s your duty to serve as the personal guard of the King, a highly revered ruler of the realm. However with his sudden disappearance, evil creatures have begun lurking in the shadows and threatening to conquer the kingdom. It’s now up to you to protect the princess from the enemy’s clutches and fight to free the kingdom. 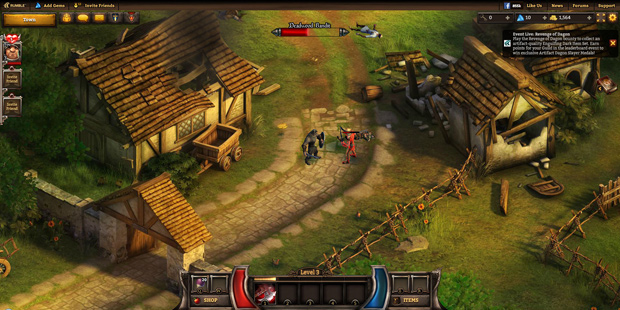 Right away you are asked to help a close by town that has been taken over by goblins. This mission is the tutorial test, explaining weapon use and general gameplay. Once the town is free from evil, you meet with the locals and get an explanation of the available classes, what they offer, and even a few tools to aid you in your journey. Currently there are three available classes that Kingsroad offers. The Knight stands as the only melee class, wielding a sword and board. The Archer offers fast mobile ranged damage. Finally the Wizard offers a variety of powerful magic spells to bring the pain. Each one of these classes is specialized in their own game style and hase great synergy when together as a party. 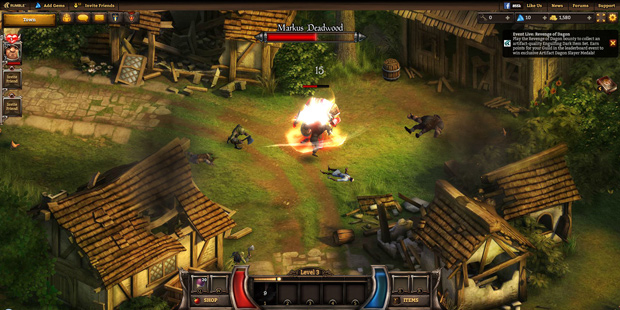 I went for the Knight, a mighty warrior that prefers to kill his enemies at a closer range. In Kingsroad you attack an enemy by clicking on them; just like in any hack and slash game the combat is fast and your mouse is the most important tool to guide you through the world and attack or destroy anything in your way. Together with your skills you can quickly kill off groups of monsters or knock them out one by one. Straight away you are given a starter skill. In my case it was a knock back that helped me bring my foe to the ground long enough to get a few unopposed hits in. 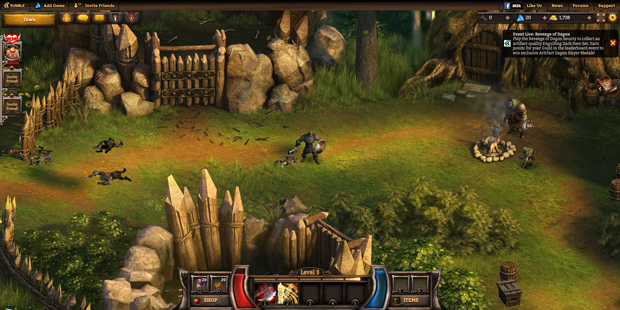 Overall the experience plays out surprisingly fast for a browser based MMO. There is no lag, or any slow gameplay elements. Everything flows smoothly whether you’re spamming your hotkey for a clutch potion drink or casting a spell. And thus fighting large groups of enemies, or bigger bosses is a lot of fun and actually quite challenging. Just like in most hack and slash games, gear can be found by either killing monsters or in chests. 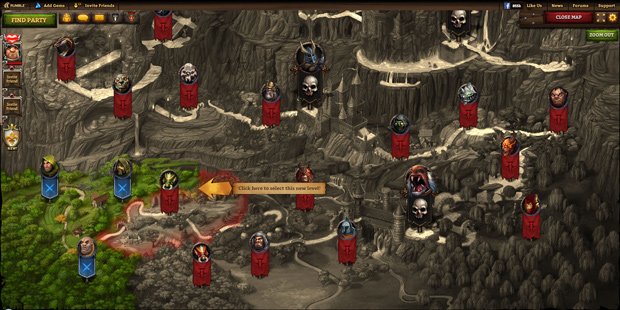 Since the game is completely free to play, there is a currency that can be bought with real money. This currency is called the Gem. This blue gem lets you purchase premium items or open chests that you will find throughout the world. Thankfully these gems can also be obtained by finishing missions or getting achievements, so you do not have to buy them if you want to open a chest or save up for something in the shop. Unfortunately I do think it is a bit unfair since you can buy items with Gems that can actually make your character stronger. For example, you can buy equipment that will boost your character, or you can even buy your character potions that let him do more damage to a faction or gives him a lot of stat boosts, including experience. And if you feel like strengthening you skills, you can also buy your character skill points to make his skills stronger. You can also buy your character a skin, a concept akin to what we’ve seen in most MOBAs these days. Surprisingly this doesn’t impact your strength at all, and I wish more of their cash shop strategy was built around this concept. 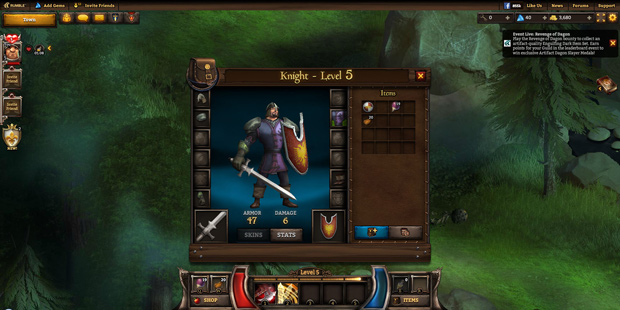 Skill evolution is the primary driving factor that will keep you playing KingsRoad. It’s what makes your character special after all and you get a bit of control over what you strengthen over time. You can, for example, focus your Knight into an AoE agro specialist, or power up single target skills to take out boss creatures faster. I could also level up his supportive skills if I were to play in a party a lot, so I could boost my friends’ combat prowess. There are also a lot of passive skills that you can level up for your character, and overall the depth on tap surpasses most other fantasy browser MMOs on the market. 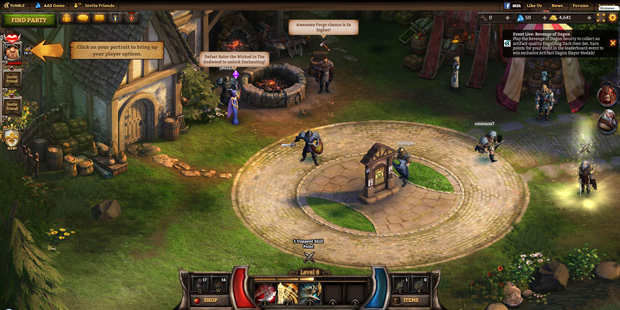 For a free to play browser MMO, I was surprised how smoothly KingsRoad looks and plays. I can easily compare it to some of the buy to play titles on the app store. Rather than being pidgeon-holed into a leveling escalator, I felt my decisions mattered and my fighting style had to match them to obtain success. The monetization system is the only major drawback here, as it can be pretty tough to stay on par with other players when not spending a dime. With nearly everything that boosts your character on sale, they take it further than most MMOs would dare to. If you’re competitive and like to show off your progress versus others, this might be a deal breaker for you. But if you want to just cut loose and enjoy an awesome fast-paced browser game without worrying about keeping up with your neighbors, you won’t be disappointed by KingsRoad.