Recently I had the pleasure of sitting down with Rob Overmeyer, a dev working on the Neverwinter  team; for those unfamiliar, Neverwinter is the latest multiplayer installment of the famous Forgotten Realms setting of Dungeons & Dragons.  Enthusiasts will know that setting as the one called home by famous characters like Wulfgar and the Drow, Drizzt.  Most people will find these names weird and foreign, and that’s fine too.  Neverwinter is a straightforward enough game to make the lore relatively irrelevant to the player.

The upcoming content expands on that lore by introducing the much-loved Icewind Dale region of the Forgotten Realms, the very same reason that hosted Drizzt and the other heroes of R.A. Salvatore’s famous FR fantasy novels.  The frozen north is prime adventuring territory, and apparently this content expansion plays off of that story by taking place one-hundred years later, after an evil wizard’s tower was destroyed, and chunks of that primal stone and metal flew across the region to create a new kind of material called “black ice.”  The powerful properties of the ice are coveted by many factions, and signing a mercenary contract with one of them is the primary focus of the expansion content.  This contract settles your PVP faction in the new area, but can also be revoked and swapped to the other side as well for a more fluid experience. 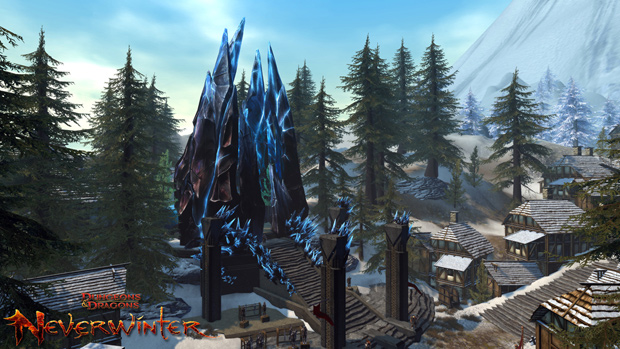 Mechanically speaking, Neverwinter has always been a bit of an odd duck.  It shares some qualities with the action-packed Guild Wars, and some qualities with more traditional MMORPGs.  The landscapes and cities have been rather controlled and claustrophobic compared to other games with more open worlds.  What attracts and keeps people with this game is generally the user-created quests and unique character customization.  It is, of course, at the end of the day, a gear treadmill like every other game in its genre.  So what makes Neverwinter stand out among the horde of fantasy MMOs? 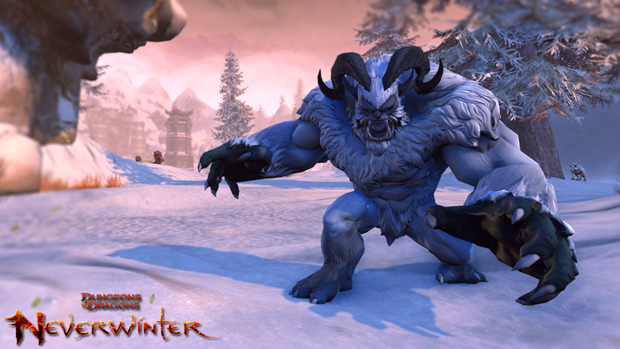 As of now, not terribly much beyond the Forgotten Realms setting, and it having a team of dedicated, old school MMORPG devs and gamers behind it that are extremely passionate about the source material.  That alone is great, but it leaves the game in the state of niche appeal.  What has been expanding the game’s audience is PVP.  Interesting PVP, at that, and the upcoming Icewind Dale expansion aims to address some primary gripes with the game, and greatly expand the PVP and PVE/PVP options in a more open-world setting. 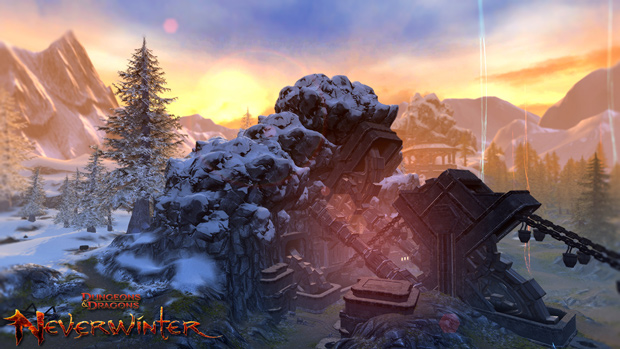 The intended content for Icewind Dale is going to be a large, open region the players can explore in the form of the frozen north.  This is unprecedented for the game, and it contains a number of dynamic encounters that take place in the overworld.  These are similar to the rifts in Rift, or the quest system in Guild Wars 2.  Players show up where help is needed, and work together for as long as they like to complete the encounters.  At the end, they part ways or stick together.  It’s a fairly modern take on the old questing paradigm in MMORPGs, and it’s good to see Neverwinter picking up the ball and running with it.

This philosophy extends to the region’s PVP, as well.  Something Neverwinter has stated a desire to bring back is guild vs guild PVP and a greater sense of epic, open world PVP combined in PVE elements.  To this end they’ve added a huge section in the Icewind Dale region where players are automatically flagged once they enter.  This also happens to be the part of the area with the most black ice to mine and scavenge.  Black ice isn’t just integral to the story of the expansion – it allows players to forge a whole new range of powerful gear, more powerful than anything else currently available.  Of course, players are free to scavenge for the stuff out in the wilderness where no flagging is mandatory, but those who take risks will receive greater rewards. 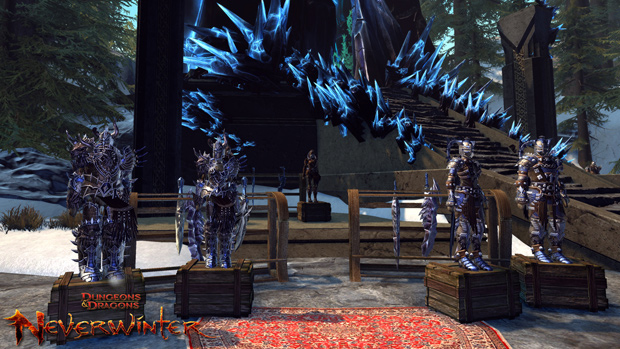 In addition to all of this, a PVP campaign has been added alongside the game’s main storyline for players that want serious progress (and storytelling) told through the lens of the PVP experience.  On top of that, the game is adding a streamlined matchmaking system, leaderboards, and better options for socializing with those you PVP with.  It’s not all contentious and heated.  Sometimes, people like to get to know each other and work together after beating the blood out of each other.  What seems to set the Neverwinter development process apart from some of its competition is its focus on facilitating social interaction and friend-making, as well as its admirable devotion to story and storytelling.

The release date for the new content is “soon, possibly in spring.”  The devs are actually excited and optimistic about the state of the game, and especially so for the upcoming Icewind Dale content.  The game is doing well, despite being a bit of a dark horse in the genre.  If you’re looking for a new experience in the same old fantasy MMORPG genre, Neverwinter just might be the breath of fresh air you need. 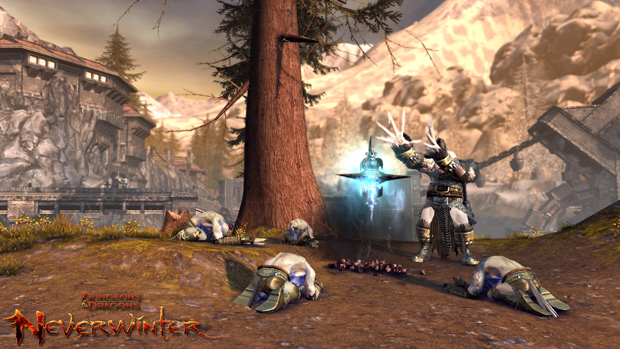