Hirez Studios has confirmed the kit of the upcoming Roman god of portals and beginnings, Janus, set to join the roster of mythological titans in 3rd person MOBA SMITE. The full details of his kit are as follows: 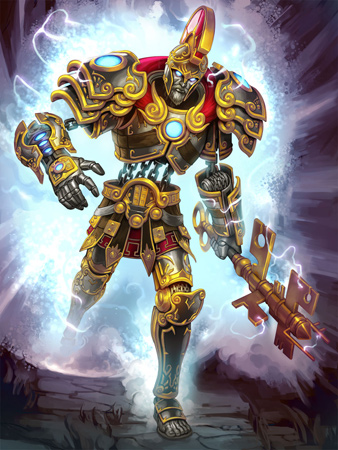 Any time Janus transitions through a portal or over a threshold he becomes aged and wizened, gaining +25% magical power scaling on his next ability cast.

Janus creates a portal in the world. If placed on a wall, the portal will create a passage through to the other side of the wall that Janus or any Ally may use. The portal may be entered from either side, but closes after 1 use. If placed on the ground, enemies and Janus will fall into the portal, being teleported into the air above it. Enemies take 80/130/180/230/280 +60% magical power as damage upon landing, and are considered banished for 1.5s during the fall. Cooldown 15s. Cost 70.

Through Space and Time

Janus blasts a slow moving ball of multi-dimensional energy across the battlefield, burning a portal into every surface it encounters within range 500. These portals last 10s, may be used by allies, and do not vanish after the first use. Enemies hit by the energy take 200/300/400/500/600 +50% magical power as damage, increasing in magical scaling the further the ball travels. Cooldown 90s. Cost 100. 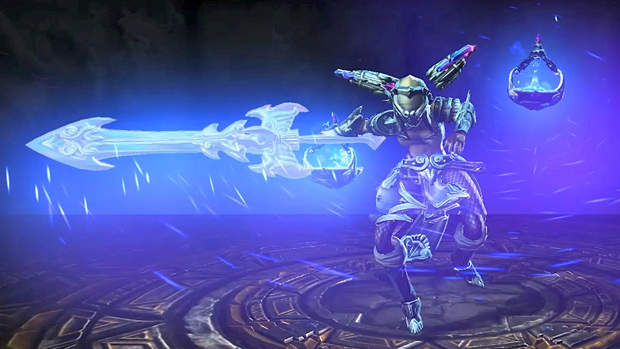 This patch also introduces the massive Warrior repositioning announced roughly a month ago by HiRez. In addition to massive adjustment in attack speed and in-hand power changes across the board for Warriors, various individual skills are being adjusted, and Nemesis is even being repositioned as an Assassin.

HiRez Studios have also been blown back into the 1980s by by Janus’ portals resulting in one very odd video and a full weekend of double favor earnings.

Quite a few other changes are included with a very hefty nerf bat slammed in Zeus’ face. Catch the full patch notes here.