MMO The Future of MMORPGs – As Written by the Past

It’s no secret that this is a time of great tumult for the MMORPG genre.  With the imminent release of Wildstar Online, many are saying that the last of the great ‘theme park’ MMORPGs is going to hit the ground, and everything after this will be new territory.  We’re moving away from the hand-holding, quest-saturated, WoW-esque misadventures of 2005-2014, and into a land far more concerned with sandboxes and the encouragement of player freedom and creativity.  Publishers everywhere are wising up to the fact that human beings with hopes, dreams, and brains are the ones actually playing their games, and have decided to fund their projects accordingly.

I sat down recently with a man that’s been in the industry for nearly ten years.  He came in toward the end of Ultima Online’s development cycle, where he worked primarily as a UI lead.  His name is Derek Brinkmann, and although he may not be a household name for most gamers, he’s one of the masterminds behind the upcoming Shards Online project – an MMORPG that aims to redefine the genre through an ambitious, highly-customizable game, fully handing creative control and power over to the players themselves if they so choose (Catch the first ever gameplay livestream today at 5pm PDT for more info). He is a forward-thinking man.  In this period of change and reflection for the MMO genre, he seemed to me like the perfect man to discuss the future with.

But before we can dive into what might be, we need to see where we’ve been.  MMORPGs are old.  In 2015, we’ll have seen twenty years of the genre being around in its most serious form.  Ultima Online and Everquest were the first well recognized titles, and for veterans that remember them, they might decry the post-World of Warcraft era as one devoid of player choice and creativity.  Indeed, games from the early era were far more about exploration and defining your own path to progression.  There was less UI saturation and hand-holding, no ‘quest markers’ to give players a sort of medieval GPS.  Auto-pilot was still possible, but more difficult.

These games were, of course, not perfect.  The grind still prevailed, and worlds were largely unstructured (some might call that a good thing).  World of Warcraft brought polish and direction to the genre, with such success that huge companies have been trying to make that lightning strike twice for a decade.  They have all failed.  The past ten years are a boneyard of slain games, all loaded into catapults and fired screaming at the obsidian walls of the WoW-Fortress; a fortress that only grows taller and more impregnable with each passing year.  It took them ten years, but with the success of Minecraft and other indie titles, coupled with the painful monetary sting of losing game after game to ‘WoW-killer’ efforts, the big financiers of the gaming industry are finally beginning to realize that WoW simply cannot be killed.  It won.  They lost.  Tough break.

What are we to do?  World of Warcraft has the theme park model boxed and cornered entirely.  There are straggling competitors, but none manage to rise to the lofty heights of WoW.  WoW makes so much money, it is its own micro-economy that could dwarf the GDP of some small countries.  If Blizzard wanted to found a tiny colony for all of its playerbase where everyone could play the game in peace and subsistence, I’m confident it could.  It’s no wonder competitors have been salivating over the possibility of having that perpetual-motion-machine of cash in their hands – but like many moguls, they forget that resources are finite.  There are only so many subscribers to go around. 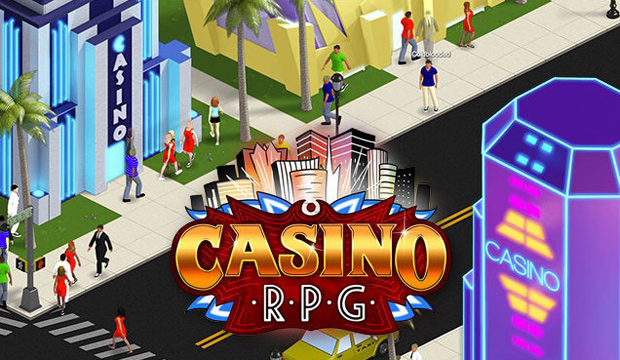 I asked Derek if the seeming casino-like exploitation of players in most quest-heavy MMORPGs is intentional.  Is it?  Do these publishers force their developers to include bright lights, affirming sounds, and pretty colors to accompany generally hollow ‘achievements’ in grinding and discovering rare drops in these games?  With the addition of microtransactions, particularly ones that provide a random reward, and with the randomness-dependency of these games, is this just a very well-disguised form of gambling?  Should it be regulated as such?  These are questions many gamers are asking themselves these days.  It does very much feel like a kind of exploitation of human psychology.

Derek’s experience in the development process says otherwise.  No, hard-working developers are not being forced into doing anything – the process is generally more insidious.  All developers want to be creative, to make something fun for others to enjoy.  But above them are people whose bottom line is, well, the bottom line.  They need the game to be profitable – not just profitable, but enormously profitable.  Their expectations of success are sky-high.  If a game cost one million to make and it grosses two million, they see a failure, whereas the developers (and normal people) see success.  That’s double your investment!  How great is that?

The issue, as Derek and I discussed, is not that developers or publishers have some malicious desire to exploit the ‘lizard brain’ in the human mind – that primitive reward center that gives us a little rush of chemical satisfaction when we receive sensory affirmation of an accomplishment (a ding, anyone?).  It’s that executives generally have extremely high expectations of success.  They want rapid growth, massive returns, and will shut down and butcher anything that doesn’t give those returns.  They will pack it in and move on, even while the development team itself is still celebrating a successful release and a job well done.

It’s this complete disconnect between players, developers, and executives financing projects that causes the modern ‘theme park’ MMORPG.  It’s what causes games to be riddled with free-to-play caveats and microtransactions, with exploitative mechanics and hidden fees.  Too many financiers see failure where everyone else sees success, fun, and enjoyment for all.  Will the lofty expectations of publishers ever lower?  Probably not.  Particularly not in the AAA title category, where budgets soar into the tens of millions of dollars, and returns are expected to be equally titanic.  But there’s an indie revolution going on, and anyone that’s a regular Steam customer can attest – it’s only getting bigger. 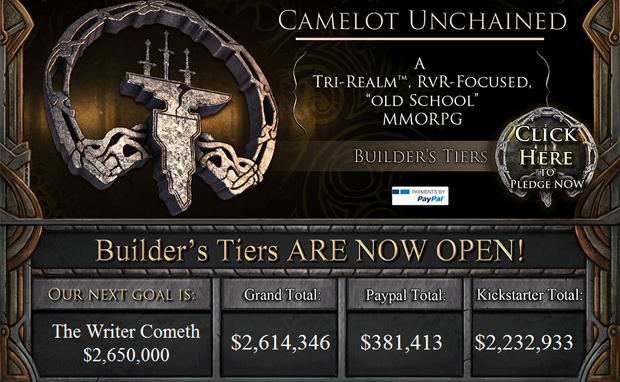 The process of financing and developing games has become a largely democratic process with the advent of Steam’s Green Light program, and Kickstarter.  While neither of these things are perfect platforms, and not every game financed or hyped by common backers is going to be a smashing hit, or even very good, it does give us the unprecedented option of backing and following a game throughout its entire development process.  It’s creating a field of innovation to feed a niche of gamers starved for more perplexing, challenging, and immersive content.  Derek is confident that this niche is going to continue to feed and expand this flux of indie titles, including Shards Online and others like it.   In MMORPGs, ‘people are done with the level grind’ he asserts.

Is this a new era on the horizon?  It’s certainly different.  Developers are, as Derek says, ‘giving players the tools to make their own experiences’ more often these days.  But is that what the vast majority of people want?  If people wanted to make their own experiences, by and large, isn’t that what they’d be doing?  Is there not an enormous class of people content to have content and ideas fed to them?  The rails may be stifling and dull to free-thinking, challenge-hungry gamers that want a return to MMORPGs and experiences focused on cerebral, social content largely spearheaded by player efforts and player politics; but there are some people for whom the thoughtless grind is a kind of numbing meditation to enjoy at the end of a long workday. 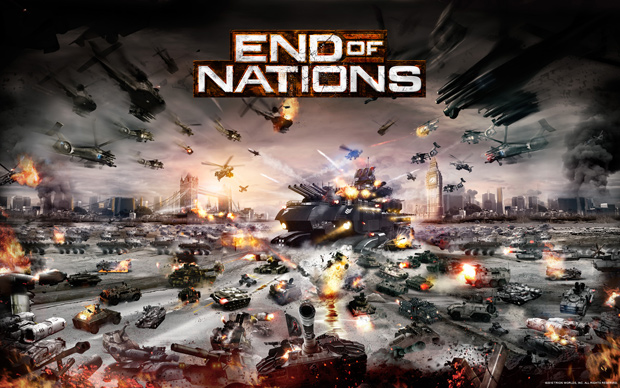 No matter what, there is never going to be any individual title that can please everyone.  Expectations are shifting.  The end-game for publishers and developers has to change, Derek says.  ‘Retaining players does not make sense anymore’ he told me.  ‘Online games as a genre need to not build a model around three years of subscription after release.  Companies should redefine their definition of success for an MMO.  500,000 people buying your game and enjoying it for a month or two should no longer be considered a failure.’  In short, publishers can’t expect to retain people anymore.  It’s just a simple fact.  People play, they have their fun, they move on.  It’s simply not feasible to sell a ‘lifestyle’ to players anymore.  There is far too much competition.

And then, there’s just giving players themselves the power to mod and create with your platform.  Skyrim is a fantastic example of a game that has only gotten better over time thanks to the mod community.  MMORPGs could use the same treatment.  And with the greater availability of powerful engines like Unreal to indie developers, and the ability to get titles out digitally rather than worry about shipping and packaging costs, the dawning of an age of creation and modular design may very well be upon us.  Those that could care less will continue to do what they’ve been doing.  Those that have been starved for this sort of thing will clamor for it.  In the end, it may very well be that we can all find our imaginary home online – the long years of nomadic wandering for more creative and demanding MMORPG consumers may finally be at an end.  We just need a fertile platform upon which to build our settlements and sew our crops. 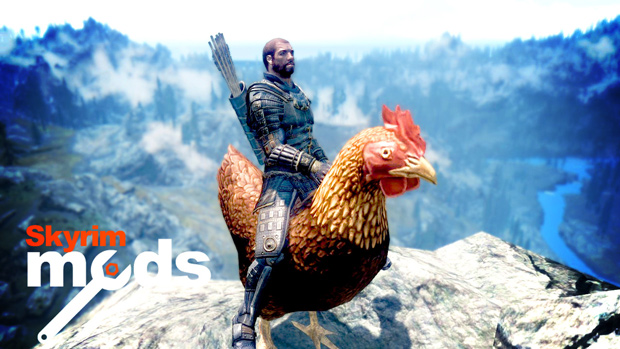