New Nintendo 3DS Confirmed to Launch in Australia This November, Before Europe and America

The announcement was made on YouTube via the first ever Nintendo Direct Australia, posted by Nintendo Australia and embedded above. Nintendo Australia managing director Tom Enoki revealed that both handheld consoles will be released in Australia on November 21 this year, just over a month after the Japanese release on October 11.

Nintendo revealed that it is “not planning to release the systems in Europe and America this year.” 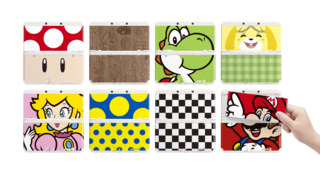 The New Nintendo 3DS and New Nintendo 3DS XL have recommended retail prices of A$ 219.95 and A$ 249.95 respectively. The consoles will not include an AC adapter, however, they will be compatible with all older model DS and 3DS adapters.

The New Nintendo 3DS devices were first announced in August this year at a Nintendo Direct presentation. The new models feature a stronger CPU than existing models, which should allow for zippier downloads and browsing from the eShop. They will also include an analogue “nub” over the existing A,B, X, and Y buttons. In addition, there are new shoulder buttons–ZR and ZL–featured on top of the system, right next to the current L and R buttons.

Nintendo will be showcasing the consoles at the upcoming EB Expo, and they will be playable at PAX Australia this year. The GameSpot Australia team will be present at both shows, so be sure to stay tuned to the site for updates!