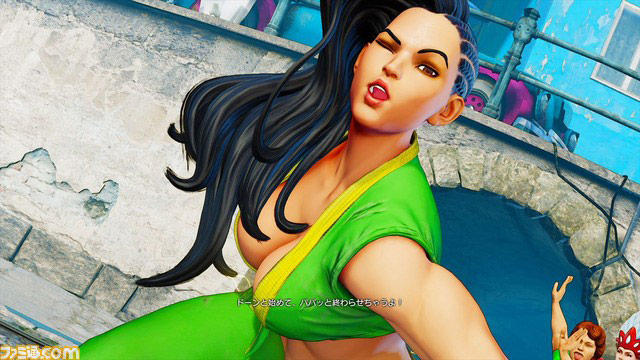 A new character for Capcom’s upcoming fighting game Street Fighter V has been leaked online. Screenshots of newcomer Laura were accidentally shared by Japanese publication Famitsu (via Eventhubs). The screenshots were reportedly shared by mistake when Famitsu was revealing images of returning character Zangief, who was announced earlier today.

Laura is a brand new character to the series and appears to use electricity in her attacks. According to Eventhubs, the images of her attacks show influence from the Brazilian jiu-jitsu martial art. The stage shown in the screenshots also features visual cues pointing to Brazil as the location.

Street Fighter V does not currently have a confirmed release date, but Capcom has said that the game will be out during its current fiscal year, which ends on March 31 next year. The game is in development for PlayStation 4 and PC, and will allow for cross-platform play between both systems.

Check out some screenshots featuring Laura in the gallery below.