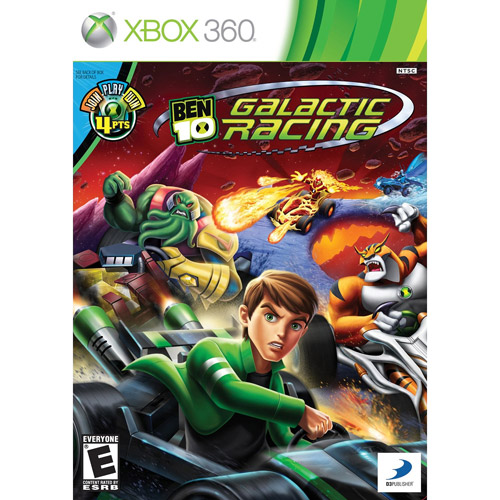 Race in over 30 different karts in 25 exhilarating and challenging grand prix tracks spread across 5 environmental planets from the Ben 10 universe. All characters can pick up special omni-node power-ups with varying alien-based abilities, including an Ultimate move that unleashes a super-charged, race-changing boost of speed and power matched to that character’s abilities. New alien hero Fasttrack makes his video game debut on every platform. Play as any one of 15 characters, including heroes like Ben, Kevin, and 10 of Ben’s most popular alien forms. Drifting and mid-air stunts add to the excitement of the race and charge up character-specific attacks and defenses. Single-player and multiplayer modes include: Single Race, Grand Prix Circuit, Time Trials, Short Circuit, and Arena Showdowns (multiplayer only). ESRB Rating: EVERYONE with Comic Mischief and Mild Cartoon Violence