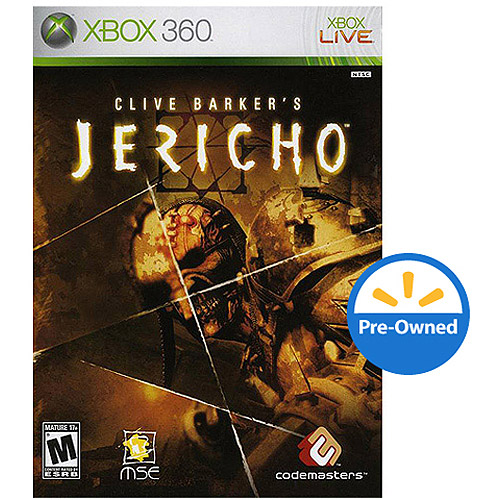 Story Penned By Clive Barker – Codemasters has teamed up with the master of horror, novelist and filmmaker Clive Barker, on this original paranormal Action/Horror gaming experience. An Original Cast of Characters – The Jericho Squad consists of several team members, each with their own special weapons and paranormal powers. Unique Gameplay Mechanics – Squad mechanics allow players to jump back and forth between Jericho Squad members, allowing them to use the best suited squad members in particular combat situations. Additionally, Jericho Squad members can combine their paranormal powers for even more substantial attacks. A Layered Environment – The ancient city of Al-Khali is formed of layers of different ages that have tried to battle the evil in the past. and have lost. Players will traverse through multiple planes of existence, including the Crusades, WWII, Rome, and more as they try and make their way to the source of evil. ESRB Rating: MATURE with Blood and Gore, Strong Language, Sexual Themes, and Intense Violence