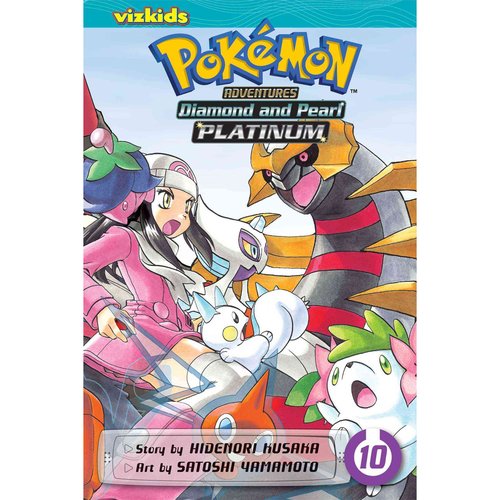 Awesome adventures inspired by the best-selling Pokemon Diamond and Pearl and Pokemon Platinum video games All your favorite Pokemon game characters jump out of the screen into the pages of this action-packed manga Finally together again, Dia, Pearl, and Platinum must battle Legendary Pokemon Dialga and Palkia, who are being controlled by Cyrus, the powerful boss of Team Galactic Then a new Legendary Pokemon leaps into the fray Whose side is it on…? And who will rescue Platinum’s hapless bodyguards from the mysterious Distortion World they’ve been banished to…? Plus, hang with Lopunny, Claydol and Ivysaur and meet Porygon-Z, Gallade, and…Looker? Reads R to L (Japanese Style) for all ages.