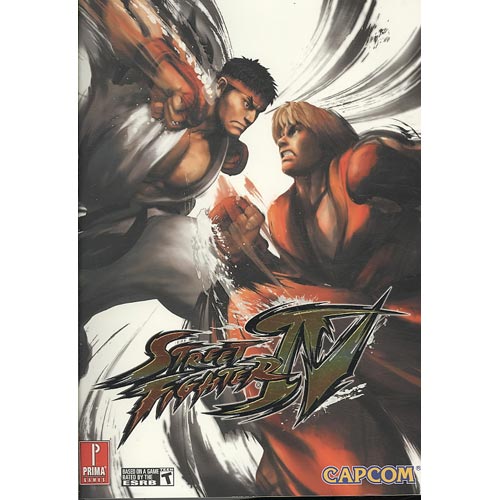 Frame Data – At the core of every fighting game is the skeletal frame work of mathematics often referred to as frame data. Generally reserved for the super strategic Japanese fighting game books, frame data for the 17 arcade characters has been given a dedicated chapter in the official “Street Fighter IV “strategy guide. High level tournament players can study these in-depth data tables on their way to tournaments, while casual players looking to reach the next level finally have the tools generally reserved for the hardcore elite. A Guide for Beginners – The “Street Fighter” series has been around for over 20 years, but there hasn’t been a new installment in the series since “Street Fighter III: Third Strike” released 8 years ago. Whether you’re an old timer who will be dusting off their arcade sticks, or a newcomer who has yet to throw their first Hadoken, everything you need to know to delve into the “Street Fighter” world can be found in the Basic Info and Terminology, and the Basic Training chapters of the official “Street Fighter IV” strategy guide. With this, you can ease your way into the world of “Street Fighter” at your own pace. A Guide for Tournament Players – There are a lot of skilled “Street Fighter” players around the world, but “Street Fighter IV” is a brand new game for a new generation of consoles. The official “Street Fighter IV” strategy guide has everything a tournament-level player could ask for with key character points that allow players to quickly and easily find a character’s best antiair attacks, poking attacks, and cross-up attacks. If you need a little extra help, the guide also includes in-depth strategies for all 25 arcade and console-exclusive characters, including tips to keep you up to date in the ever evolving world of high level “Street Fighter” competitive play.