In yesterday’s special Trion live stream, dahanese and OverloadUT showed off Infinity Gate, which is one of the brand new 20-man T2 raids coming to RIFT 2.4. They were joined by the guild Legit as well as Cyzo and Halvon from the dungeon development team who answered a few questions and even talked briefly about the strategies needed for beating the encounters.

Infinity Gate only has three encounters. It’s meant to be a fairly quick raid and is the easier of the two raids being added. The entire raid takes place in the central little area in front of the actual Infinity Gate. Trash will pop out and needs to be killed, then bosses will pop out and need to be killed. The first two encounters, Breaker X-1 and the Brothers of Life and Death, are tuned for groups who have killed a couple bosses in Grim Awakening (who meet the hit/toughness requirements of T2 raids, essentially). The third boss, Volan, is quite a bit more difficult.

First, some random bits of info:

In Planebreaker Bastion, the other new 20-man, the first three fights will be easier and the last two will be the most difficult. Yep, that means five fights total. In total, T2 will have eight new encounters.Breaker X-1 and the Brothers of Life and Death can be fought in either order. Once both encounters are defeated, the third– Volan– becomes available. We’re getting a new currency for these raids in 2.4 as expected. New synergy crystals are available currently on the PTS. The new gear will be upgradeable, using a similar system to what we’ve seen with Chronicle gear thus far, but giving players a little more customization options.Trion’s returning to TwitchTV tomorrow afternoon at 1:30 PM PST to show off more goodies. They’ll be bringing in both Daglar and Dead Simon.

Here are some quick notes about the three boss encounters in Infinity Gate:

Breaker X-1 is a prototype Architect creation who’s a pretty big hint of what’s to come in Planebreaker Bastion. The fight consists of portals that players will have to enter in an organized, orderly fashion, adds, fire blobs, slimes, shields, and bombs. Players will split up, alternate sides, and kill all the things while playing whack-a-portal (can you see why I don’t write raid guides?).

Brothers of Life and Death

The Brothers of Life and Death are two bosses who are split apart on two element-appropriate floating platforms. The raid will have to split up and each take on a brother. The strategies between the two bosses vary quite a bit. 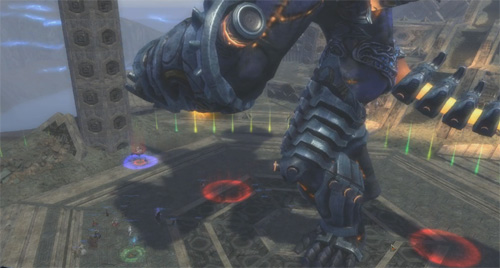 Volan’s back from the Plane of Air, and bigger and badder than ever. Relic items will drop off Volan, so the fight’s intended to be more difficult than the first two encounters. He does a lot of raid-damaging abilities and has a powerful fist move that will require tanks to run around and take the brunt of the attacks in order to protect the group. Three tanks are recommended for at least learning the fight, but it will most likely be doable with two as well. 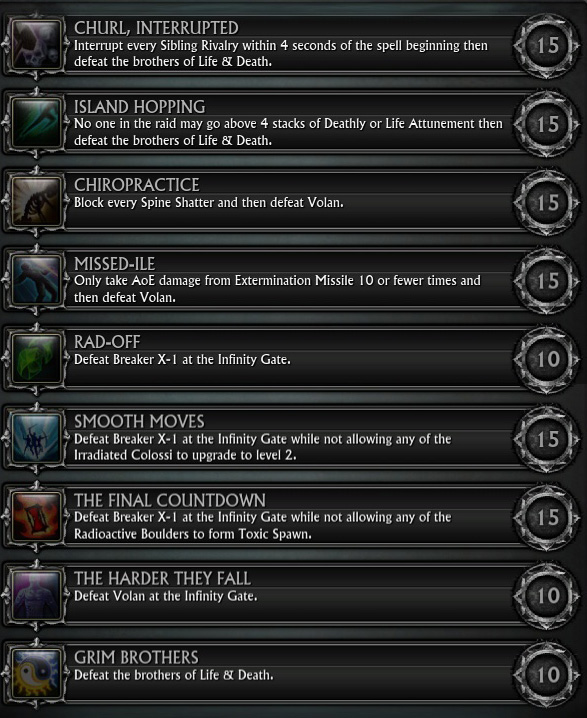 Stay tuned for our coverage on today’s live stream as well as more information on the latest goodies coming in 2.4 that are previewing on the PTS.