A day early this week because it’s my sister’s wedding tomorrow – so I don’t know if I’ll be able to post. This week has been mainly about experimentation for me, but the other guys have been hard at work.

We had previously been dumping our SCM commit log to a html file included with the experimental build. This was formatted badly and was unreadable. We now live tweet every commit to this twitter account.

So if you’re really really interested, you can follow it and witness in realtime how hard we’re working. 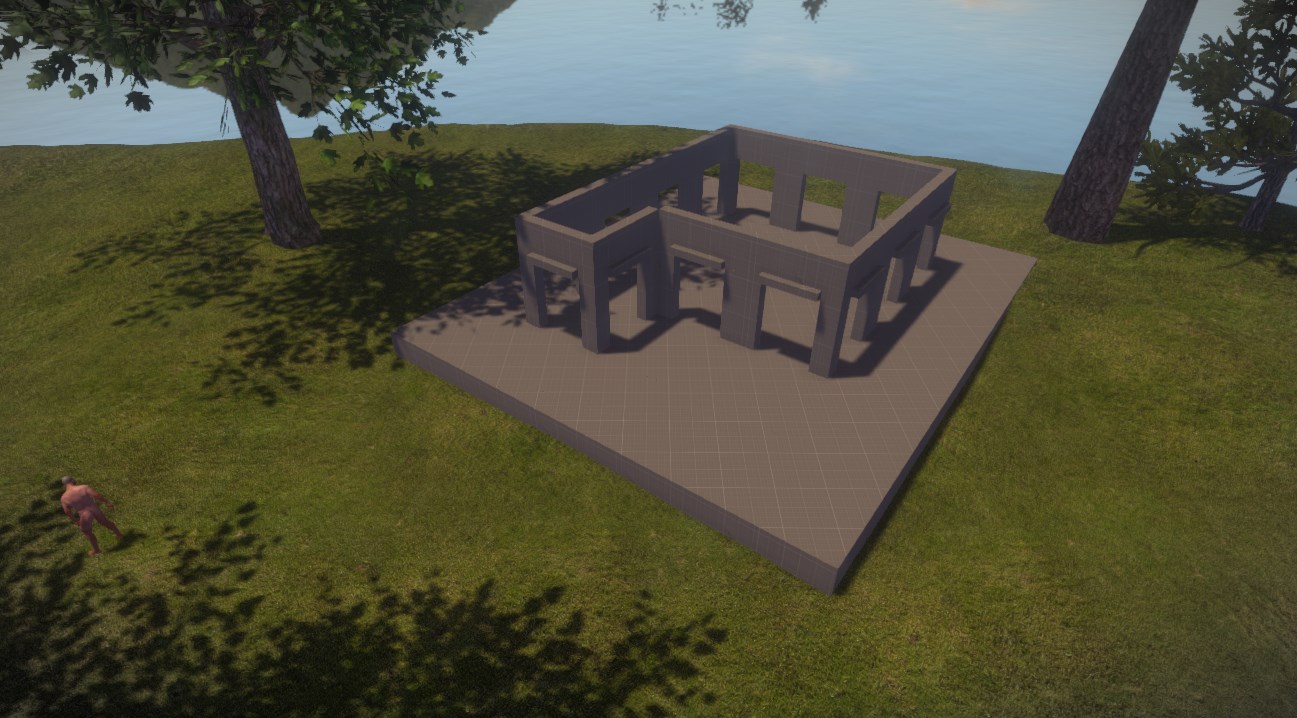 What do we see as the problems right now? Crafting pieces in your inventory, carrying them around, then placing them. That’s fucked. We should be placing framework, then giving that frame resources until it’s a real piece. That way you can make the rough layout of your building, then work to create it.. and friends can help with that.

Another thing we’re not too keen on is the pillars. They mainly exist so we don’t have to have corner pieces. They hide how the walls join. Which is a great solution but at the same time they’re kind of limiting.

So here’s what I did this week. My original idea was to have icons pop up where you could build stuff (when you had a certain weapon equipped). By clicking on the icons you’d be able to choose what to build there, and it would build a frame there.

This worked but I didn’t like it. You can’t really see what’s being built, because you’re looking at the dot instead of the component. All the dots bunch up and it’s hard to select the right one. Plus there’s a distinct lack of freedom, as in the old system.

So what if we hid the dots, and showed ghosts of the part we think you’re trying to build?

After a bit more experimentation I decided that the current placement scene is fine. It works, everyone understand it, it’s fast. The problem is more with the pillars and the crafting.

I haven’t finished experimenting yet, but it’s likely that this will happen. Placing objects won’t be limited. If you’re placing a wall on a foundation.. you’ll be able to place it anywhere on that foundation. We’ll have more parts, like thin bits of wall and corners – so you can design your buildings instead of us.

Placement will be done using `plans`. Which will be learned, then craftable.. but they won’t be limited. You’ll craft it, equip, point where you want to build a frame.. and it will build it. Frames will likely cost wood, you won’t be able to stand on them, and will be destroyable in one hit.

Here’s a video that shows pretty much none of that.

To be clear this is all in the experimental phase.. so once we try it it might turn out that this system is fucked and we’ll change to the green balls.

Andre is nailing the AI. Because we’re generating terrain on the fly we can’t use Unity’s built in AI pathfinding.. because that’s all pre-baked. So we need to do it all dynamically. All the thirdparty solutions to this problem we’ve explored have been missing some pretty big features.

Here’s some interesting info. The AI in Rust right now is blind. If you don’t make any noise it’ll never come at you bro.

Here’s a video you won’t appreciate on as many levels as we do. The first capsule is following waypoints, the second one is tracking the first one. It has dynamic obstacle avoidance.

Petur has been working hard on the new forest art. 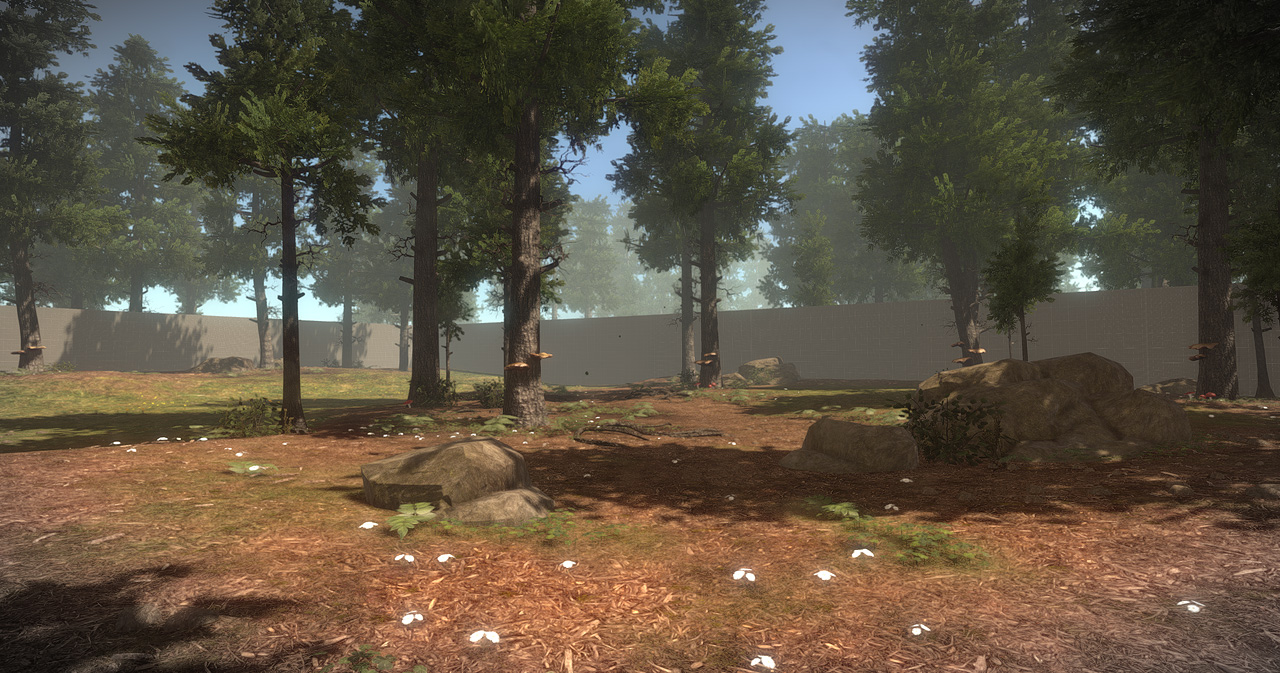 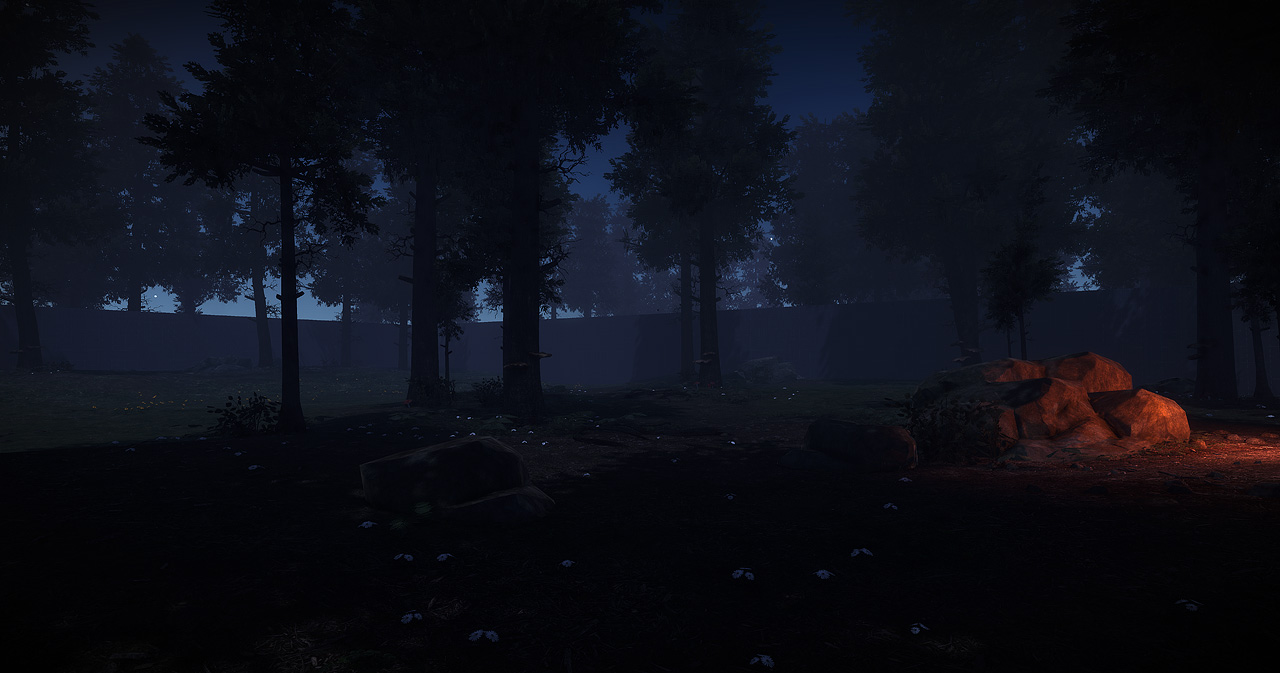 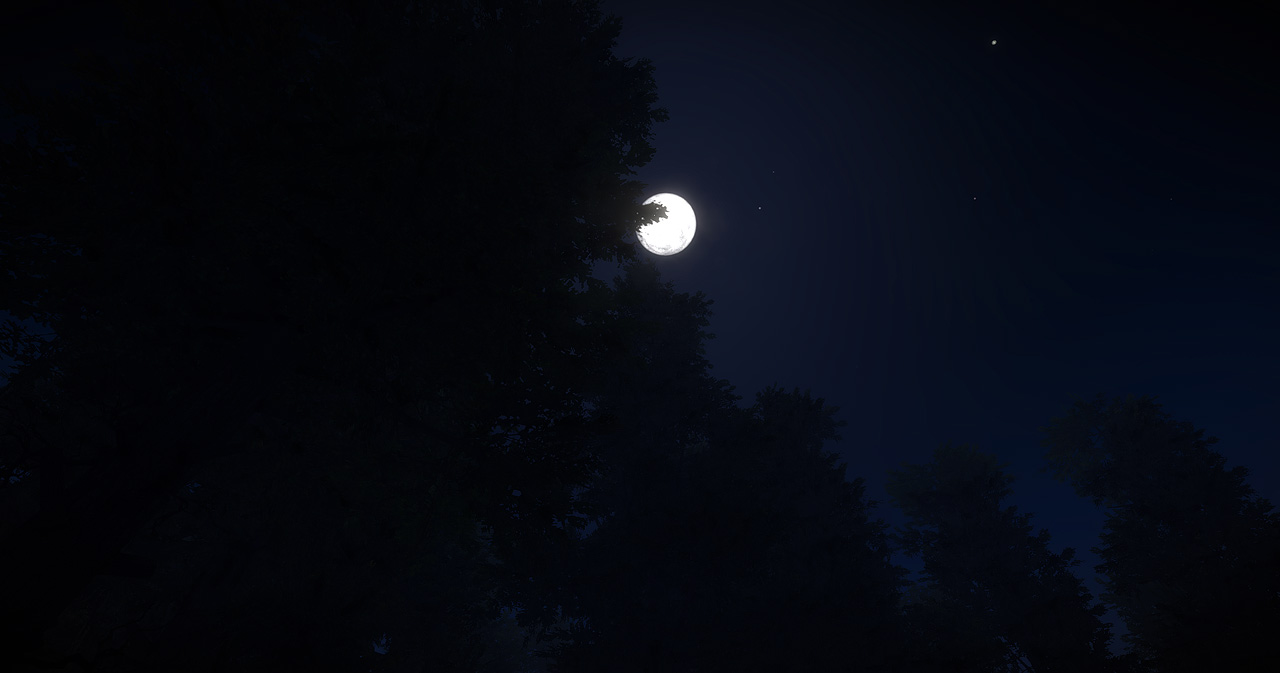 Dan has been hooked on fishing 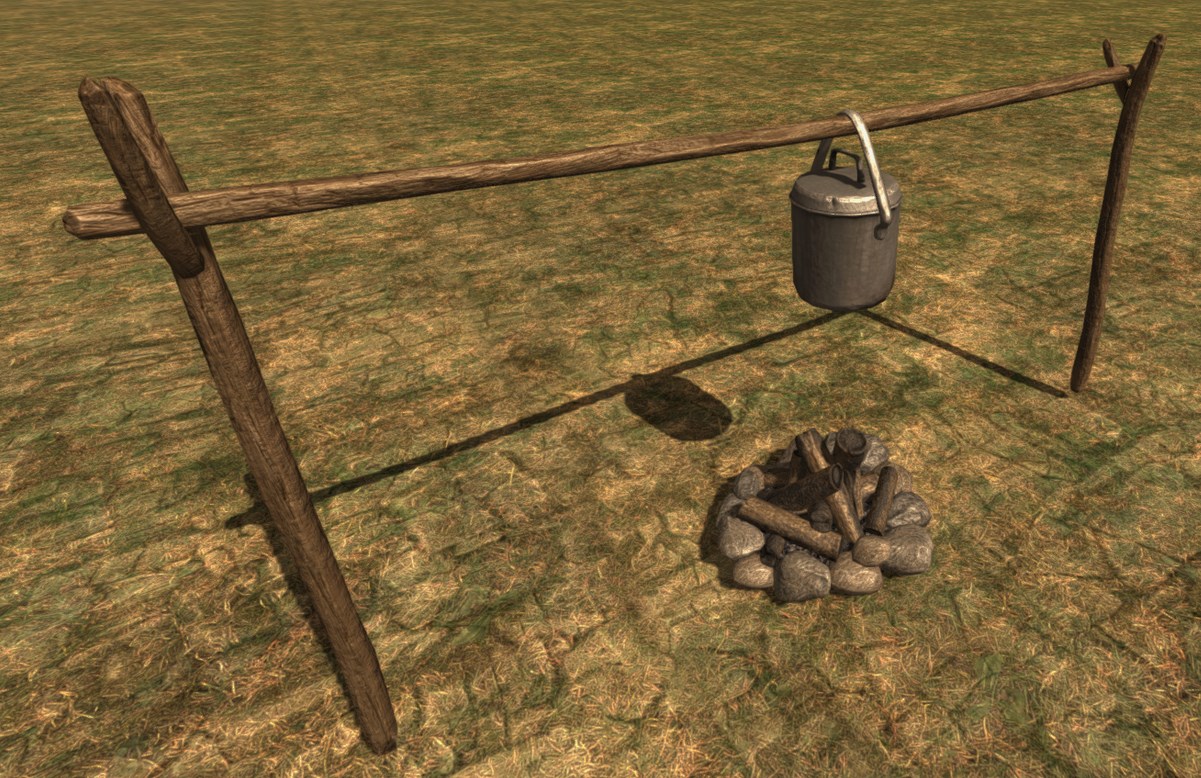 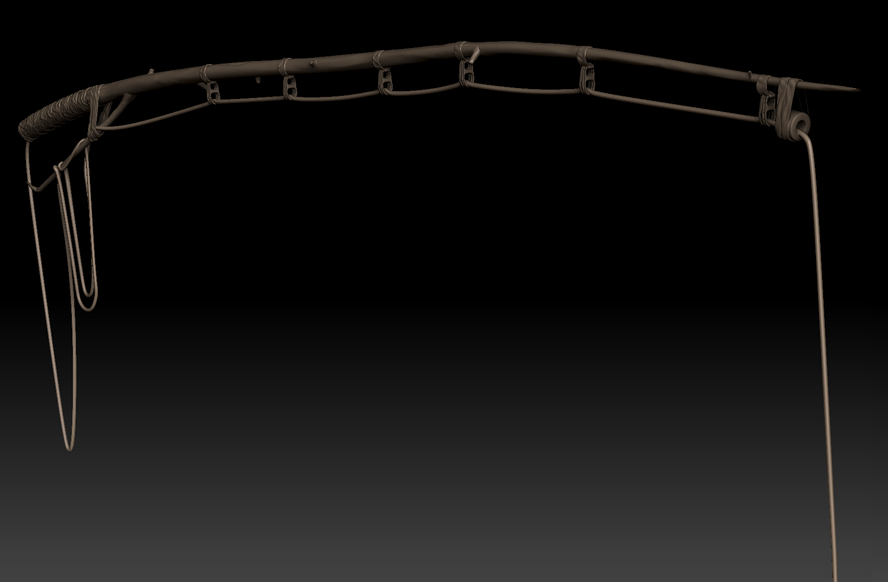 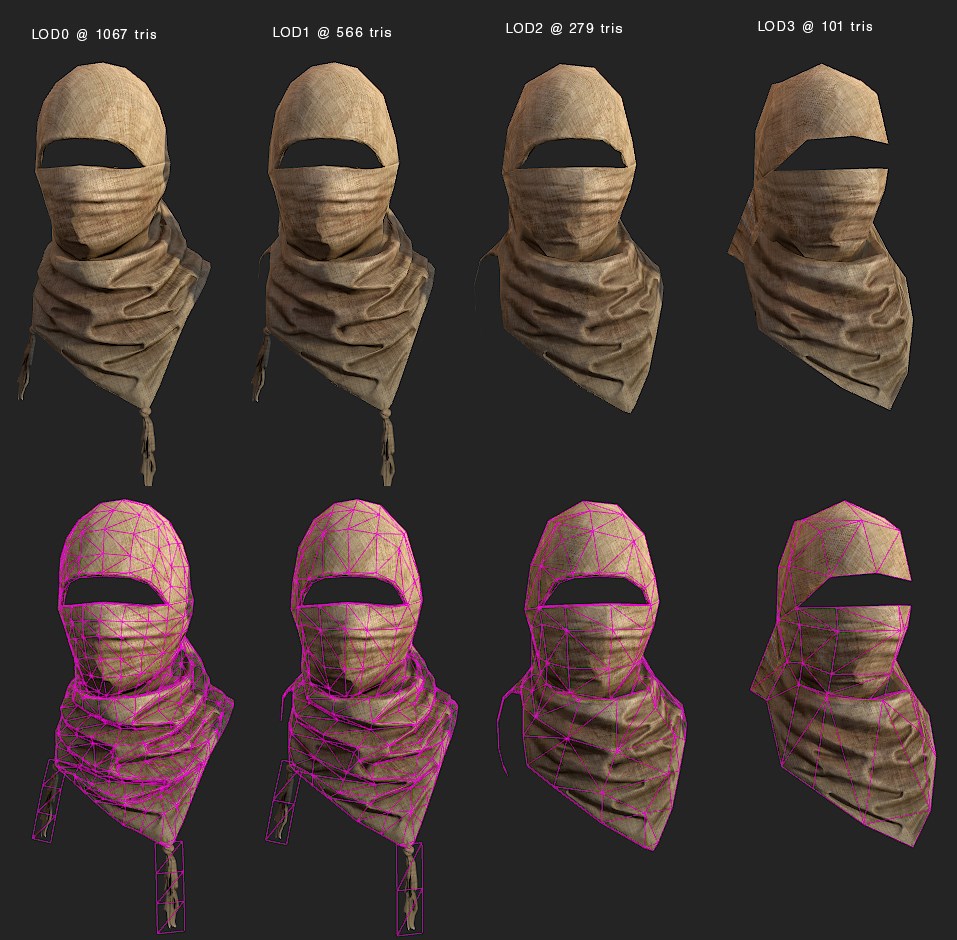 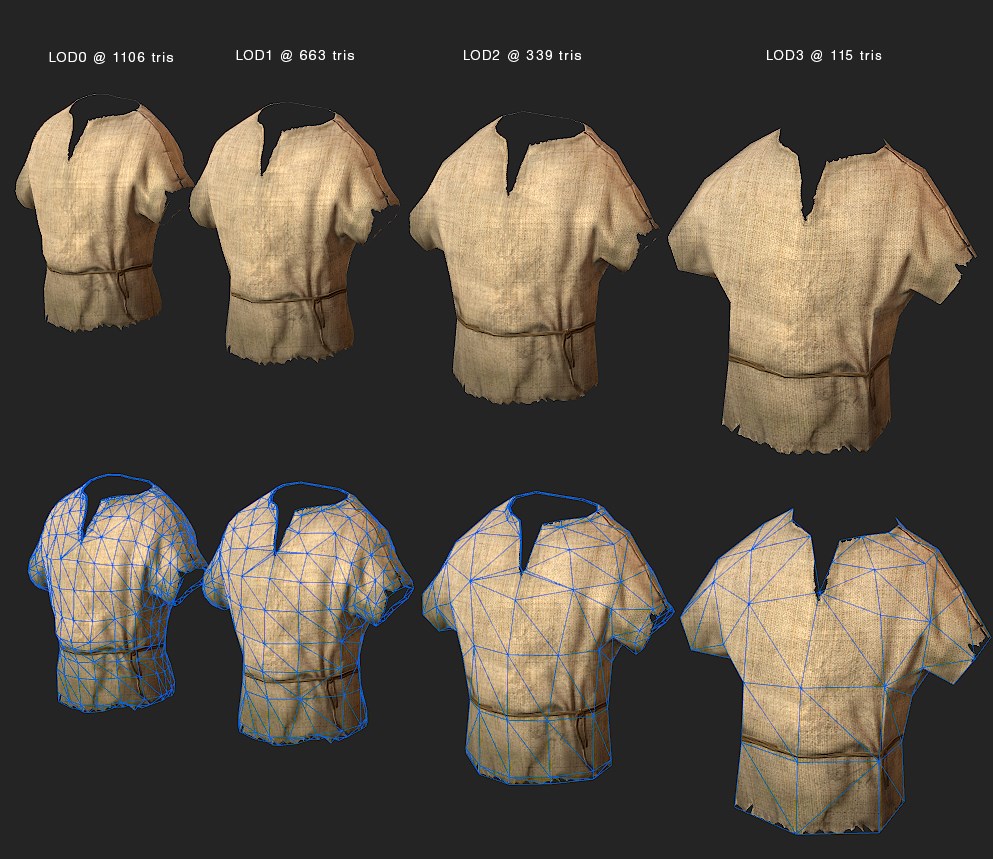 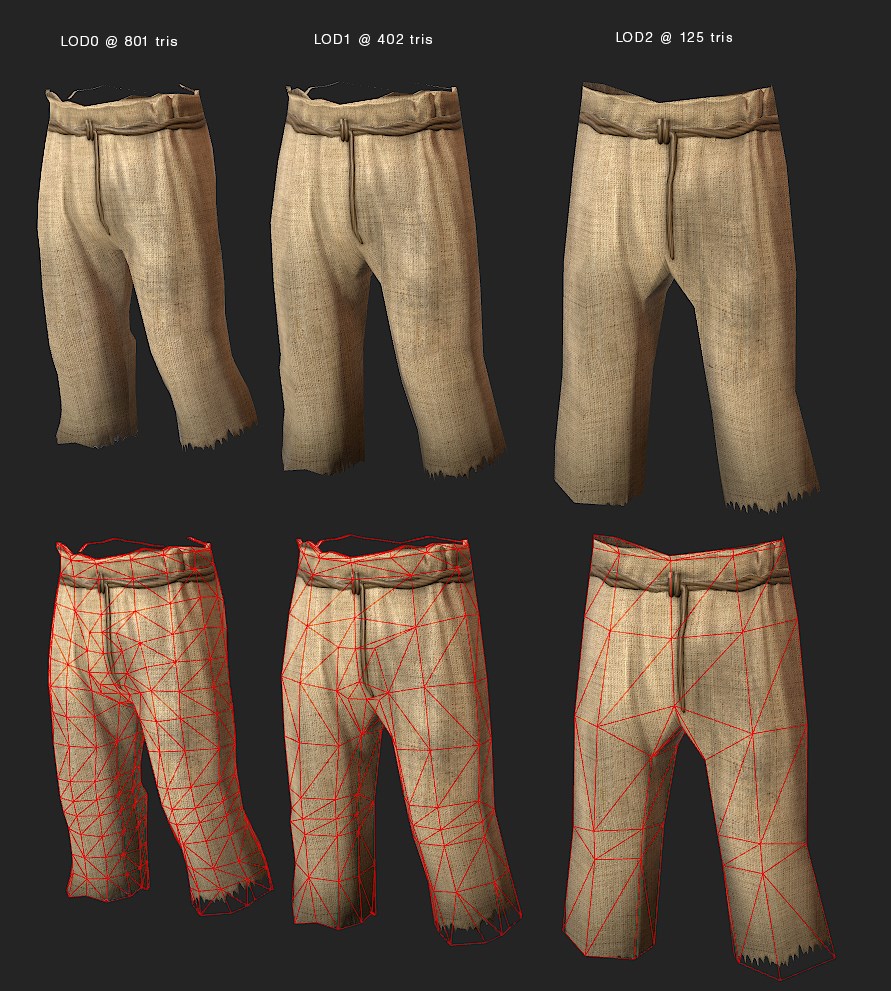 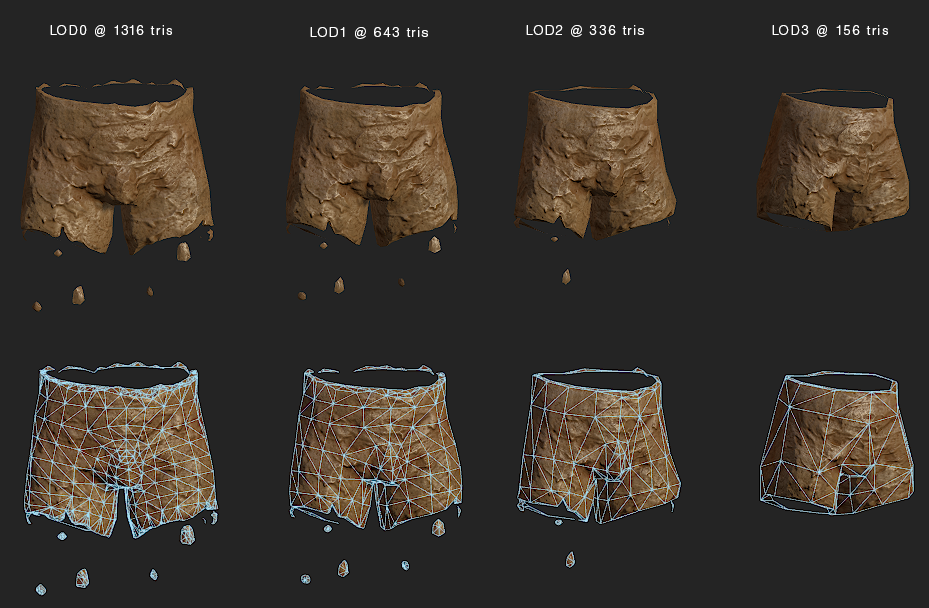 Goosey has been animating viewmodels and making sounds.

You know how you’re always moaning that your 10 year old computer can’t run Rust at a decent framerate? How you need to turn grass off? This should really help you out.

Lots of stuff happening. A bit of a grind now, coding stuff, throwing it away. It’s disappointing to not be posting about a new build system and showing you how it works.. I know there’ll be people that are doubtful that it could work as well as the current system, and the best way to shut them up is to prove it. I haven’t done that yet but hopefully by this time next week we’ll all be on the experimental server building stuff.