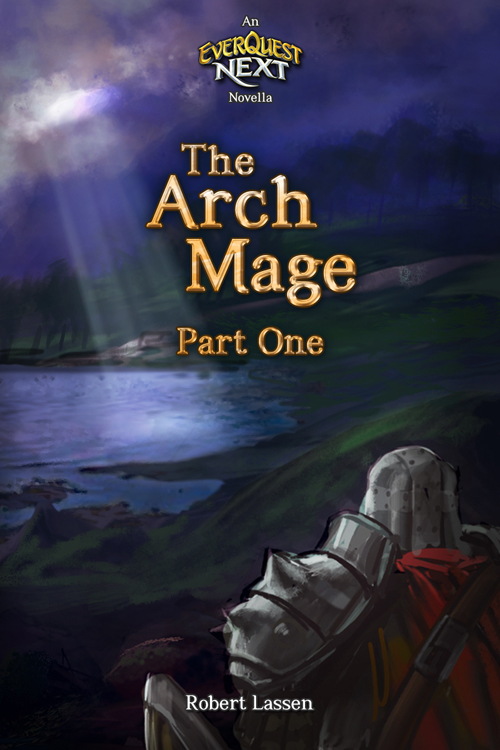 Take a closer look at the latest EverQuest Next eBook, part one of "The Arch Mage" by Robert Lassen.

The latest EverQuest Next eBook, “The Arch Mage, Part One,” returns to the tale of Coralen Larkos. This story sees Coralen at the height of his power and influence; he’s Arch Mage of the Combine, the renowned dragon killer who never lost a battle. He is a hero to his people and has been a pivotal figure in finally turning the tide of the Dragon War in their favor.

But the newly formed Combine is at a critical juncture. Coralen’s leader and friend, Prince Keramore Thex, is determined to convince the reluctant ogres to accept membership in the fledgling alliance. The ogres remember their subjugation under the Takish Empire and distrust the elves. If Keramore can’t win them over, he fears the war will be lost.

Though he is compelled to aid his friend’s cause, Coralen is Koada’Dal by blood—a member of the noble caste which believes that elves are superior to the lesser races. Coralen must decide which master he will serve, or whether he should listen to the dark whispers that stoke the fires of his own ambition.

While “The Arch Mage” features plenty of action, this tale highlights the political intrigue going on behind the scenes during this period in history. Though the Combine was built to be an alliance of equals, it rests uneasily upon the foundation of a very dark period during which the elves treated other races with great cruelty. There are those in the world who would use this distrust to undermine everything the Thex are working to achieve.

The elves take center stage in this tale, but readers familiar with classic EverQuest lore will find references to other races in the world—including insight into a people and location that we haven’t heard much about before, but that play an important role in the story of EverQuest Next.

Fans of Coralen Larkos will be happy to know that part two of “The Arch Mage” will be our next fiction release.

Chronologically, the events of this story take place after those depicted in “The Mage of the Teir’Dal”. For those of you new to the EQN Fiction library, the suggested reading order of the stories is as follows: