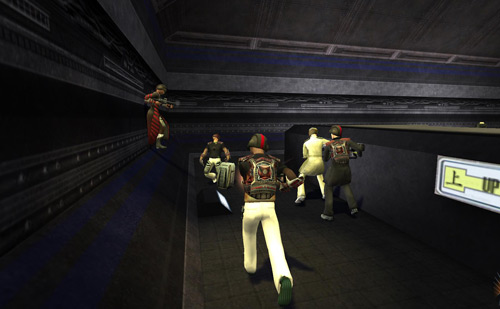 The open beta for sci-fi MMORPG Face of Mankind: Fall of the Dominion will begin on Friday, April 18, developer Nexeon Technologies has announced.

Although the open beta officially starts on Friday, Kickstarter backers get early access and can start playing the game today.

Face of Mankind: Fall of the Dominion is a remake of the 2006 sandbox MMO Face of Mankind. Nexeon Technologies took to Kickstarter last year to fund the game and successfully met its funding goal on June 6, 2013.

You can sign up for open beta and learn more about the game on its official website.