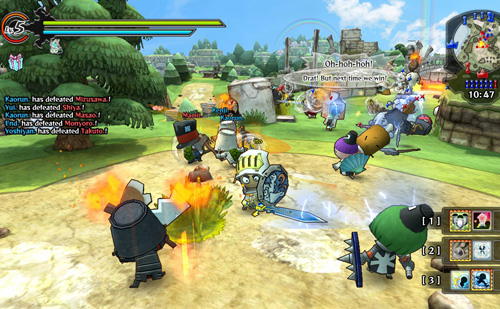 The closed beta will run until Tuesday, May 13. Closed beta testers will receive free Happy Tickets (in-game currency) as a reward when the game launches. You can sign up for the test over here.

Happy Wars is a multiplayer action game with RPG elements. In the game, two teams of up to 15 players compete to destroy the other team’s castle while defending their own. Players can obtain items such as character parts, weapons, gear and other various accessories with the Happy Stars earned during battles, or with Happy Cards, which requires the purchasing of Happy Tickets, and create their own unique player character to use for charging through the battlefields.

The game was originally released on Xbox Live Arcade in October 2012. The PC version of the game will launch on Steam later this year as a free-to-play title.