Seriously 11 days for the average wait time for a tickeYesterday

Past Legendary Items for 5.4 DiscussionYesterday

MPPM: Unborn Val’kyr Go to Blue Tracker » Recent Forum Posts 04:52 PM Which one of the mounts you currently own, you think is the most unaesthetic? 04:52 PM Next WoW expansion “Leak” 04:52 PM Possible X-Pac leak 04:51 PM A (sort of) in-depth look at Garrosh Hellscream. 04:51 PM Why Lor’themar is likely to be Warchief (With valid logic and reasons) 04:50 PM Warlock patch 5.4 discussion 04:50 PM Resto druid overheal Go to Forums » Forum Filters newsFilters.init(); Diablo III: Reaper of Souls Revealed

Diablo III: Reaper of Souls Revealed
You can read more on Diablofans!

It watched from the shadows as a hero of nephalem lineage struck down Diablo, the Prime Evil, and trapped the demon lord within the Black Soulstone.

It waited in silence as the mortal armies of Sanctuary crushed the leaderless remnants of the Burning Hells and scattered them into the stinging winds of Kehjistan.

Now, as hope springs anew, its long vigil has ended.

Shrouded in mystery and imbued with a power as ancient as the universe itself, it comes to the war-torn world of Sanctuary. It cannot be stopped. There is no escape.

In its wake, only death will remain.

The next chapter in Sanctuary’s epic saga has been unveiled. Prepare to take on Death itself in Diablo III’s upcoming expansion set: Reaper of Souls.

In Reaper of Souls, players will explore haunting new environments and face down fearsome new enemies within and beyond the world of Sanctuary as they seek to unlock the mysteries of Malthael, the Angel of Death.

Stalwart adventurers can choose to continue their journey as one of five existing heroes—the Barbarian, Demon Hunter, Monk, Witch Doctor, or Wizard—or adopt the mantle of a new class: the Crusader, a fierce melee warrior whose command of the battlefield is matched only by his unwavering conviction.

Advance through additional levels of supremacy, mastering bold new powers of raw, demon-slaying potential along the way. Customize your strengths with an improved Paragon system. Battle your way through newly randomized 3D maps and epic new quests in Act V. And test your mettle in all-new game modes—including Loot Runs and Nephalem Trials—designed to provide players with a highly replayable (and highly rewarding) end-game experience. 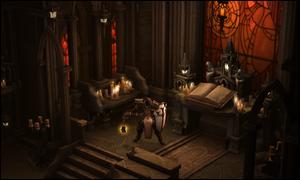 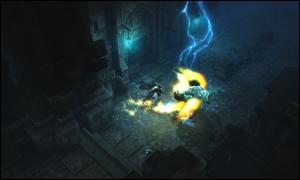 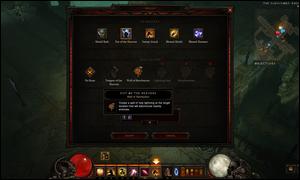 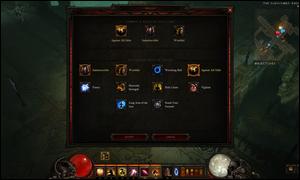 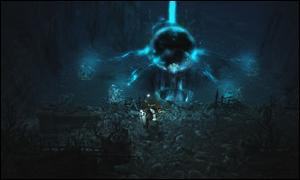 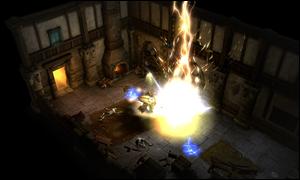 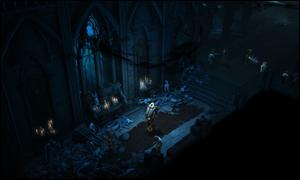 For more information, check out the official press release and be sure to visit the new Diablo III: Reaper of Souls web page for feature details, screenshots, concept art, gameplay teaser trailer, and more.
Gameplay Teaser

Good news We want dates naaw! ;D
Hehe, Paragon will give us not only magic+gold find pluses, but something else!

This cinematic is simply awesome, Blizzard should focus on this theme even in WoW, instead of Human & Orc comic fight with Panda.

Diablo 3 only did well based on name recognition and hype caused by the awesome two games that came before it. We’ve all seen how horrible 3 was, I don’t see this doing as well. I was a long time fan of the diablo series and I won’t be touching this pile of crap with a ten foot pole.

Originally Posted by ShudderDiablo 3 only did well based on name recognition and hype caused by the awesome two games that came before it. We’ve all seen how horrible 3 was, I don’t see this doing as well. I was a long time fan of the diablo series and I won’t be touching this pile of crap with a ten foot pole.The game is pretty decent right now, nostalgia is good until its bad.

Same old item status and character customization,making the game suck… Not really fond of this expansion.

well, just hope this is half what LoD was and not some legal money scam

i was like fuck nooo assassin class i need to reroll

then i saw new class crusader…

Originally Posted by salateGood news We want dates naaw! ;D
Hehe, Paragon will give us not only magic+gold find pluses, but something else!At the bottom of the expansion site, it says “Coming 2014”. So anytime in the next 3 – 4 years….

As someone once put it:

Also: called it on the Crusader!

I do expect this game to address some of the flaws that keep me from enjoying D3 at the moment; I also expect it to make other, new mistakes, though. I think Blizzard themselves have realized by now that there were some pretty glaring errors in their design and policies, and I’m sure they’ll at least try to do right. How it will turn out… well, we won’t know that until it’s done, now will we.

how much is it going to be.

I found the gameplay video rather lackluster, a diablo 2 like Paladin Charge would had been enough to satisfy me but nope.

I still think the core mechanic of the game hasn’t been addressed. You farm more to get better gear to farm more. Repeat indefinitely. While this was ok in 1990s it doesn’t fly in 2013.

You can’t have your entire game based around endless farming to get better gear to do more farming. It doesn’t take long to hit a wall where it’s either thousands of hours for a one slight upgrade or keep your sanity and quit.

Blizzard we need other things to do! Lottery, pvp, artifact collecting and a million other ideas are ignored by blizzard to change around the gear. Putting a band aid on full artery cut is essentially what they are doing. Sure the xpac can give us 100-1000 more hours but it will be the same stale feeling when the uniqueness has worn off.

Originally Posted by blackdemon2000At the bottom of the expansion site, it says “Coming 2014”. So anytime in the next 3 – 4 years….Considering the bluepost says “Act V” (probably implying that there will only be one, albeit longer than the average) still shows that it will be a bit “shorter” expansion, which makes 2014 perfectly probable imo

No One Can Stop Death i am so excited

“Diablo III: The Reaper of Wallets”.

omgwtfbbqmalthael. Too bad I don’t trust blizzard anymore and won’t buy this until adequate reviews are out.

Regarding Reaper of Souls: Take my money!