RPG TITLES » World Of Warships » World of Warships: A Quick Q&A with the Developers

World of Warships: A Quick Q&A with the Developers

Ahoy Captains! We have a new batch of questions answered straight from the World of Warships Development Team!

Will there be any sort of hit points in World of Warships, or any other solutions for damage model?
Well, these vessels are pretty rigid units – you could hardly sink one with a single shot, or even a salvo. Actually you’d need, rather, a series of hits to do this. That’s why we need some sort of visualisation of a ship’s current status of effectiveness so as to make it easier for players. Hit points may differ a lot. We may easily compute them for aft and stern sections, on the other hand it is far more difficult to do that for the bulwark. Damaging underwater sections may lead to sinking or at least a loss of speed etc. That’s why a low amount of HP for a battleship doesn’t actually mean that she may now be destroyed by a single shot. Instead, hit points are used to indicate effectiveness e.g. low hit points might mean her artillery is severely damaged, her speed is decreased and perhaps, that only the bulwark is keeping her hull still afloat. So you, additionally, require a couple of lucky penetrations in her 300mm thick armor to end this all for good…

It is widely known that in the beginning of 20th century, the majority of ships were powered by coal and, subsequently, oil. Those which used coal were damasked and patterned by their exhaust fumes. Will you represent this in your game?
This visual effect largely depends on the engine output. Of course, this will affect ship’s appearance, we are currently performing tests and discussing this feature and its influence on gameplay. 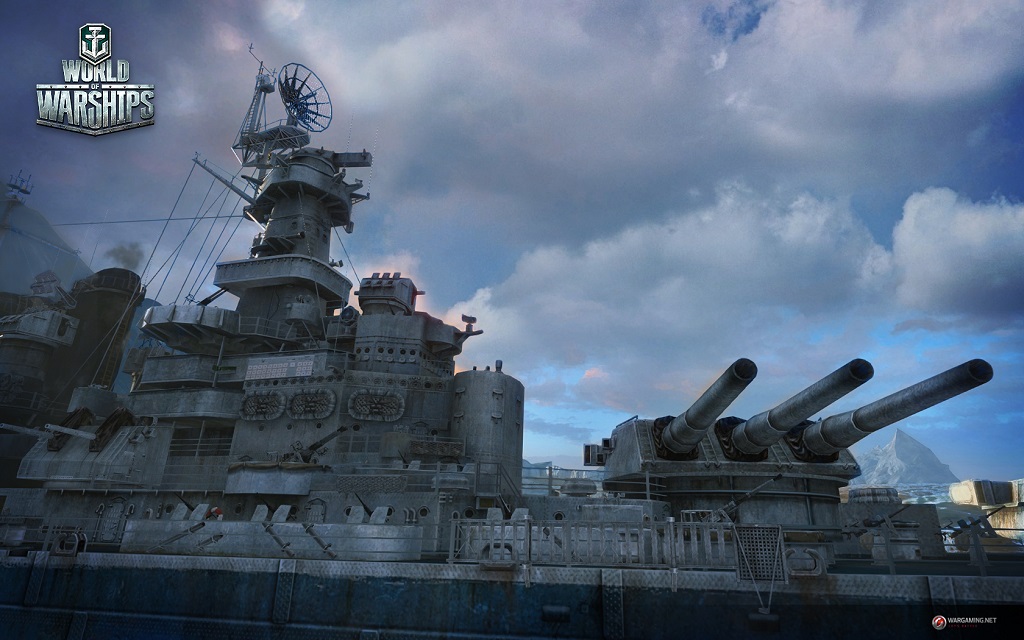 Will you add friendly fire?
Yes, you will have the possibility of damaging your allies. This may hardly be done without purpose though – shells travel with curved trajectories, so friendly fire may take place only for allies that are approaching your target or already are nearby it.

Have you got all US and Japanese ships ready for their relevant branches?
We have finished works for almost all the vessels that will be included in the release version for both nations. We will add the possibly of additional branches later on but primarily we will work on new nations to be added into the game later.

The most frequent question you probably hear these days is this one but – when? What about the times for the Closed Beta Test, Open Beta Test etc?

Well, I can say that we’re aiming to launch a Closed Beta Test this year and up to this moment, we’re on track for this.

What is the distance at which you will be able to see enemies that have been spotted by allied ships? As far as I understand, it will be possible to attack such targets as well?
The distance is defined by the observing point altitude and the resulting distance to horizon line. Our ships will have this parameter between 15 and 25 km depending on their size. Indeed you will be able to hit targets spotted by other ships, although we must bear in mind that it wasn’t possible to shoot accurately beyond the horizon in those days.

What measures are taken so as to assure decent performance on slow PC configurations?
All our programmers were given Celeron processors that reaped sizable results. Based on weekly tests performed in the last 3 months, low performance PCs were increased 4 times (one of the test samples even had an Intel HD 4000 videocard).

Will battles be affected by the weather? For instance, waves that push ships towards shallow waters or riffs, any sort of lightning damage, falling/rising tides etc? Will you add crew corpses overboard?
Well, you’re full of ideas, I can see! I can believe we are certainly not including corpses – but lightning won’t be in the release version. 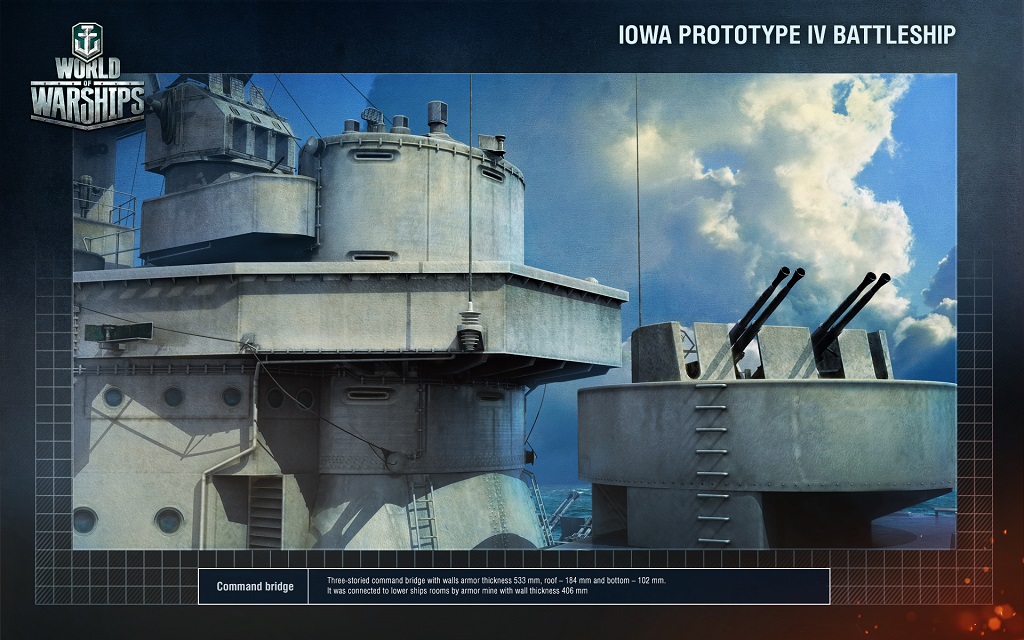 Will you display holes made by each AP shell? Will there be any maximum per ship?
No, we’re not planning to show each specific hole, the vessels have too complex a geometry for that, hundreds of thousands of polygons. We will display damage for the parts that were damaged seriously though, not by some sort of shading effect but rather with visibly mauled interiors that you can see from the external view.

Will it be possible to sink a destroyer by hitting it with a battleship at, say. a speed of 30 knots?
Yes, we have implemented ramming already. Light ships may even be torn apart.

I’m pretty sure that you have encountered ships with imbalanced characteristics while making the game. What ways to solve this do you use – adjusting or “upping” other ships?
Throughout their service, most ships have witnessed many modernisations, drastically changing their parameters. This fact paves way for their effective balancing. For instance we may just refrain from some inconvenient modifications or push them into higher/lower tiers and so on.

A question about the upcoming test. Do you have any thoughts on the ways you’re going to invite people to take part in the Closed Beta?
This will not be the first test for Wargaming, so the procedure is pretty worn in. The actual process is best explained by the Publisher.

How are you going to run the alpha test? Have the results of invited testers been satisfactory?
They work perfectly which amazes us somewhat! Some of them have 3-4 times more battles than we thought was possible. Besides that, they manage to cover other game–related activities whether it is basic training for beginners, participation in tournaments or even cooperating on petitions when they think we’re not paying enough attention to certain aspects of the game. 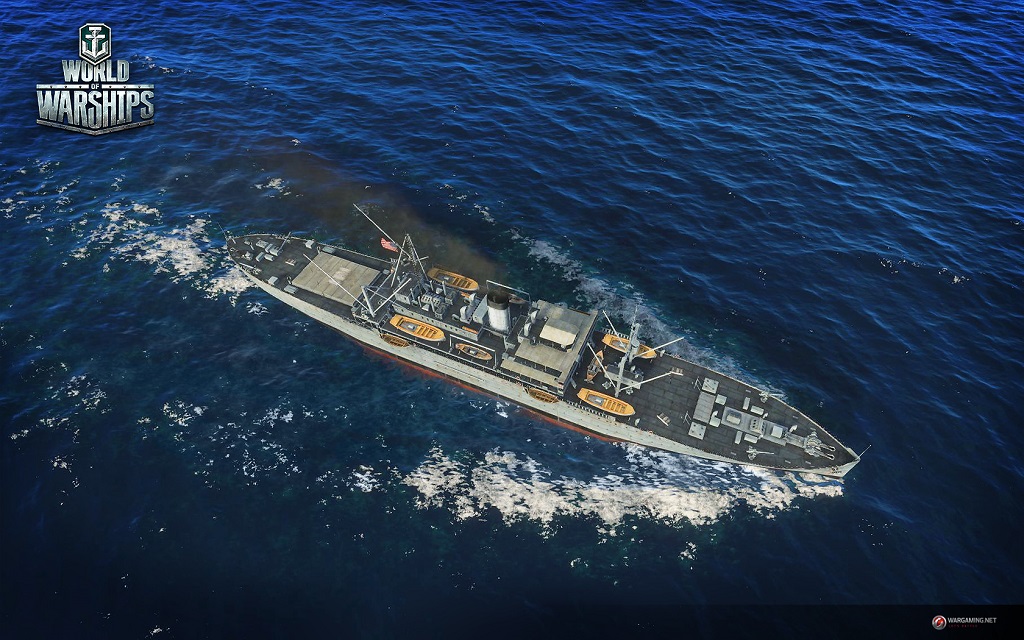 What will happen in cases where a ship runs into a sinking vessel that’s partially submerged and still sticking out from the water?
Our maps have regions with shallow waters that may be crossed by destroyers only. Others are quite passable for all types but getting sunk there may result in superstructures sticking out over the surface. In our game, running over these essentially means running ashore.

Please correct me if I’m wrong: destroyers will have to get considerably closer to a target to see it, even if it was already spotted by allied aircraft carriers? On the other hand battleships will not have to do so?
The answer is pretty close to that. Destroyers have a shorter sight range and are smaller than battleships so naturally they won’t be able to spot huge ships at 25 km, especially if the latter are not shooting or haven’t caught fire yet (otherwise the picture changes considerably).

What game modes have you planned? Capture areas similar to those in World of Tanks?
We’re still working on the game modes so there are no comments for now, sorry.

What will happen to airborne planes when their carrier has been sunk?
Such groups then will fulfill the last command assigned and consequently will patrol the same area. When out of fuel they will be forced to land on water.

Thanks for the questions, see you!