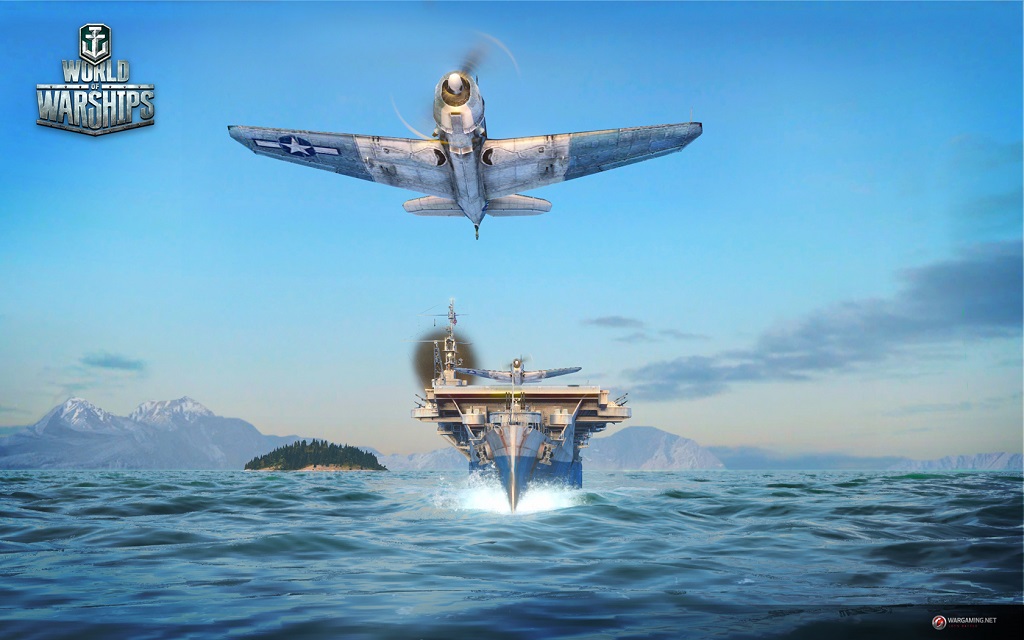 Air combat in World of Warships is represented by four main aircraft classes: scouts, fighters, dive bombers and torpedo planes. The latter three types of aircraft can be found only on aircraft carriers, but scouts are aboard almost all classes of ships, including some destroyers. Shock squadrons launched from carriers play almost the same role as major caliber guns and because of this, the gameplay changes from action to tactical strategy. 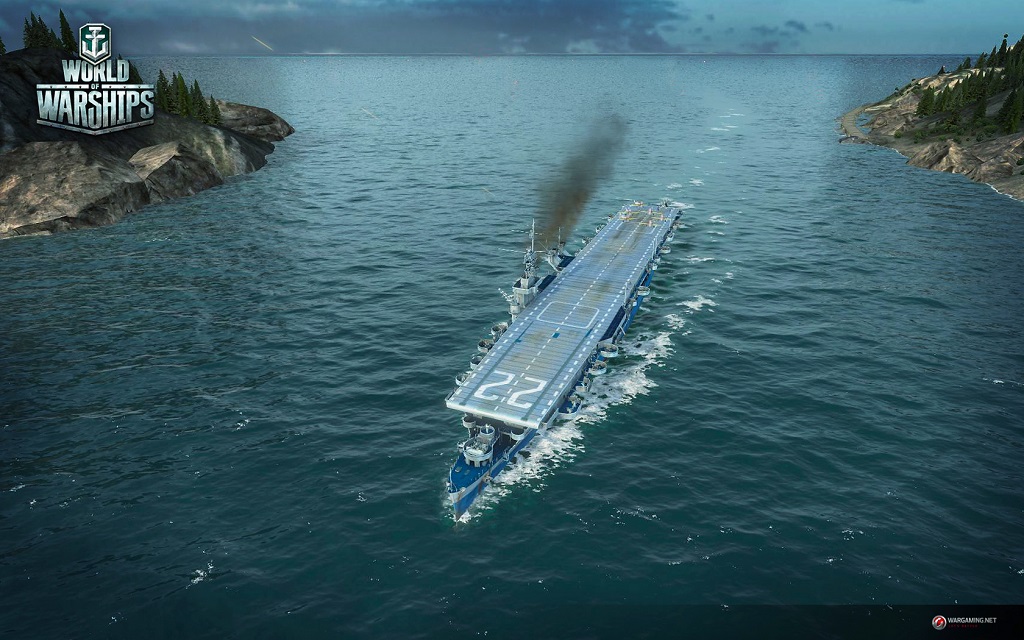 Each type of aircraft requires a fundamentally different approach. It is easy to use a scout: give him directions, and he will scout the route. But, what should be done with shock fighter squadrons like a grouping of dive bombers or torpedo planes? They require a different gameplay style. You can simply launch the squadron set their target, but this is not the most effective way of playing the aircraft carrier class. Poorly organized airstrikes on another battleship, cruiser or even on a group of ships can be destroyed by a wall of AA guns without ever causing a damage. To initiate a successful attack, you need to plan and prepare – choose proper air groupings and then when the time is right, strike the decisive blow.

Each type of shock squadrons has unique characteristics and specific controls. For example, it is critical that torpedo planes set correct directions for attack; you should aim to hit the enemy boardside to increase hit probability. Similarly, you should take into account location and landscape – natural obstacles, such as islands or reefs, may interfere with torpedoes on their way. Dive bombers, on the contrary, are better used to attack from stern, or nose, where AA guns are very effective.

Fighters are the most versatile aircraft launched from carriers. With their help, you can fight off attacks from enemy bombers, carry out diversionary tactics, cover an allied squadron, or simply destroy enemy scouts, “blinding” the opposing team. 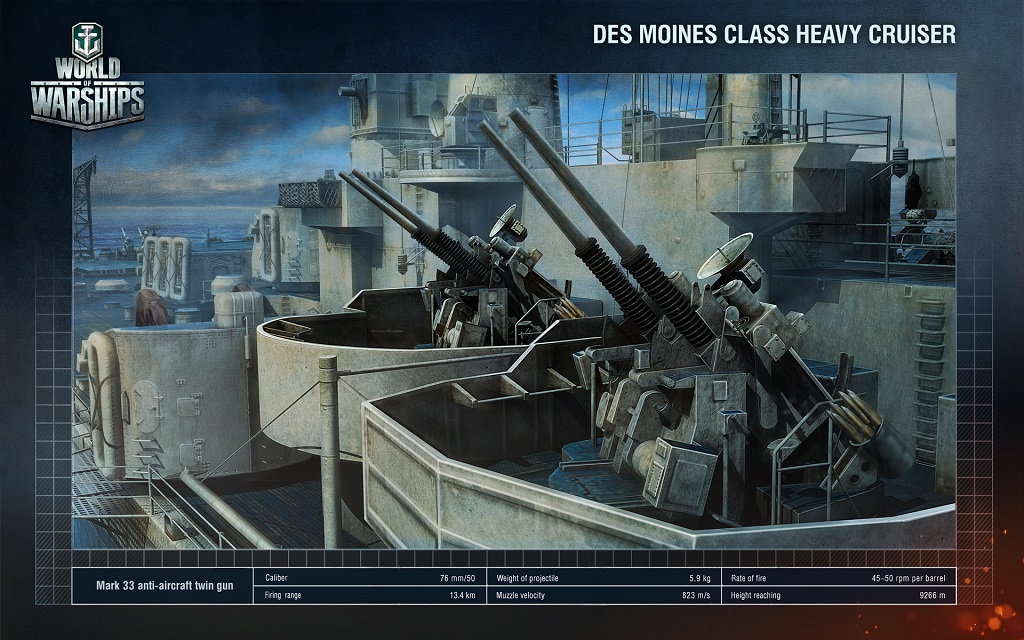 At higher tiers, carriers will carry larger numbers of squadrons at once, but that does not mean that the player will have to be torn apart to keep eye on each unit. Air groups are quite independent: some actions are completely automated, others require players’ control only when its necessary, or when the player want to manage squadrons for a specific purpose. For example, a squadron can choose the shortest route to the destination or return to refuel. The player can choose which part the air group he can take part in: simply launch the aircraft and set the target or guide them through the whole route, evading enemy fire, grouping them for striking the highest-priority targets. Of course, in the second case, air operations will be more effective, but in the heat of battle, some actions can be left completely at the mercy of automation. 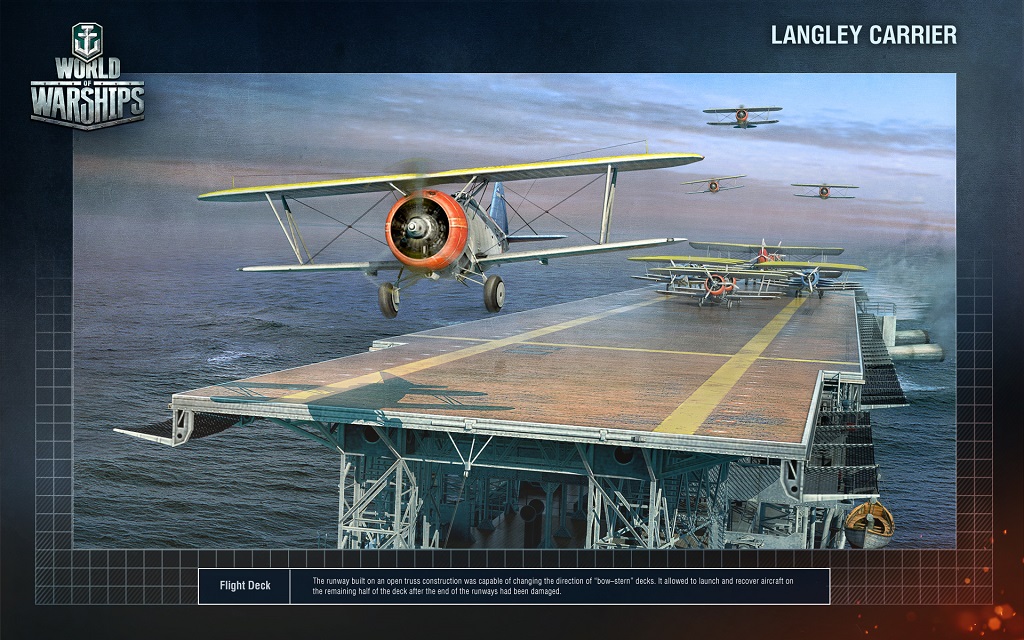 Carriers in their history have come a long way from helper class to heavy shock ships. They will progress similarly through development as you make your way through the tiers of World of Warships: from sluggish and slow-moving monsters with a single air group at tier I to heavily armored ships with lots of squadrons on board. Moreover, development will not only be quantitative but also qualitative. Planes will also improve and develop: from biplane to well-armed fighting units, dive bombers and torpedo planes, and of course AA guns will be developing with them.

The violent clash of  antiaircraft guns and attacking squadrons calls to mind a deadly dance and even resembles a separate game within the game. For example, to ease the work for aircraft, allied ships can use explosive shells to destroy part of the air defense systems of the selected target. The player’s task will be to bring the attacking group to the target from the right side.

The enemy, in turn, may try to take a defensive position with his damaged side against the shore and thereby prevent the launch of torpedoes from planes; by maneuvering actively, he might hide from the range of AA guns of enemy ships, or ask for help from a friendly aircraft carrier.

The outcome of the aerial battle affects the overall outcome, and the main task for the player is to learn to turn these conflicts to his advantage.