World of Warships will give players an opportunity to get acquainted with legendary ships from World War II. Among these ships, a special place is reserved for Fletcher-class destroyers, a class that is already one of the heroes of the alpha-test. These ships have become the hallmark of American destroyers; they are versatile, can perform multiple tasks at the same time, and are well-armed. Fletcher-class destroyers were indispensable in Pacific Ocean operations. Of the 175 ships completed, only one went into battle not only under the Stars and Stripes, but under the pirate flag “Jolly Roger.” This was USS Kidd. 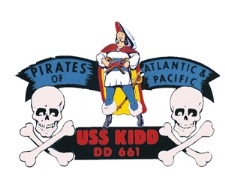 This destroyer was named in honor of the American Admiral Isaac Kidd who was killed in the attack on Pearl Harbor on December 7, 1941. When the ship was in the Brooklyn Navy Yard almost completed and preparing for the raging war in the Pacific, sailors began to look for a symbol for this ship. Surely, those who made the decision about the name of the ship did not plan on a pirate theme; however, the name of the deceased Admiral brought to mind association with the legendary pirate William Kidd.

Isaac Kidd during his time as a Cadet 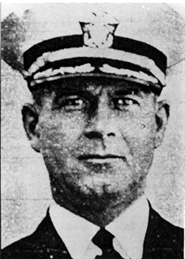 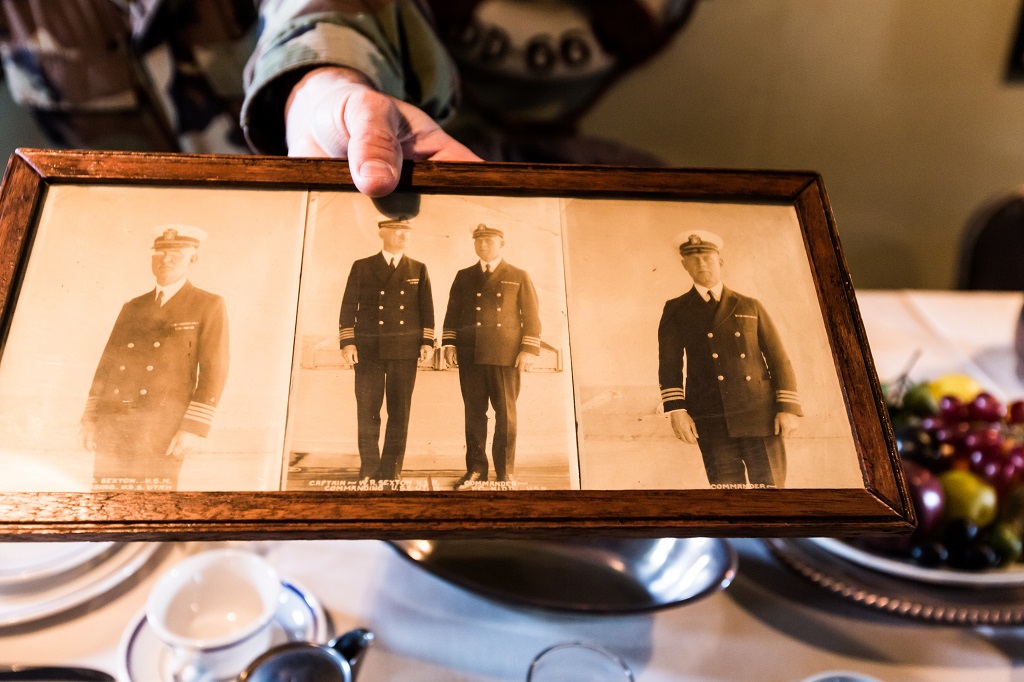 Kidd photos stored in the wardroom of the destroyer USS Kidd.

Below – a few pictures of this room, which served as an operating room if necessary. For such activities, there was special lighting installed. 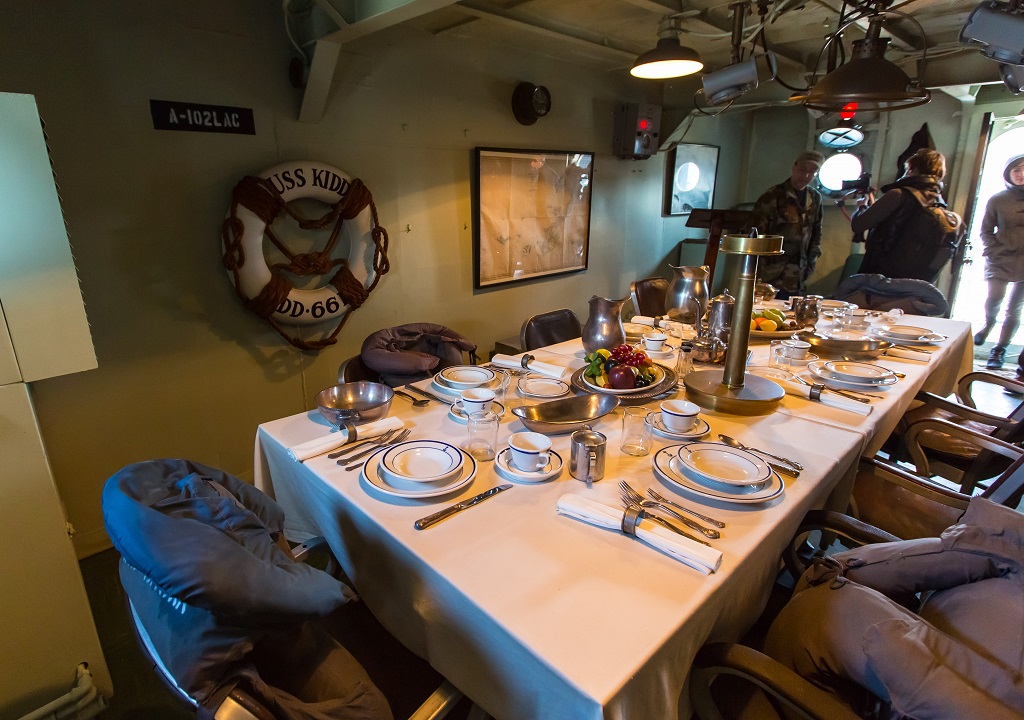 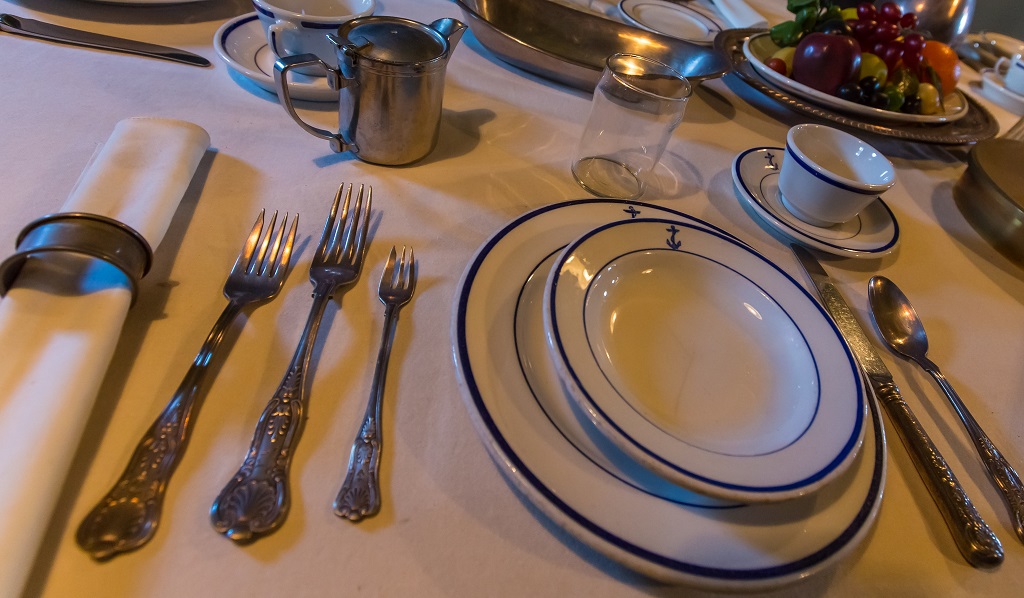 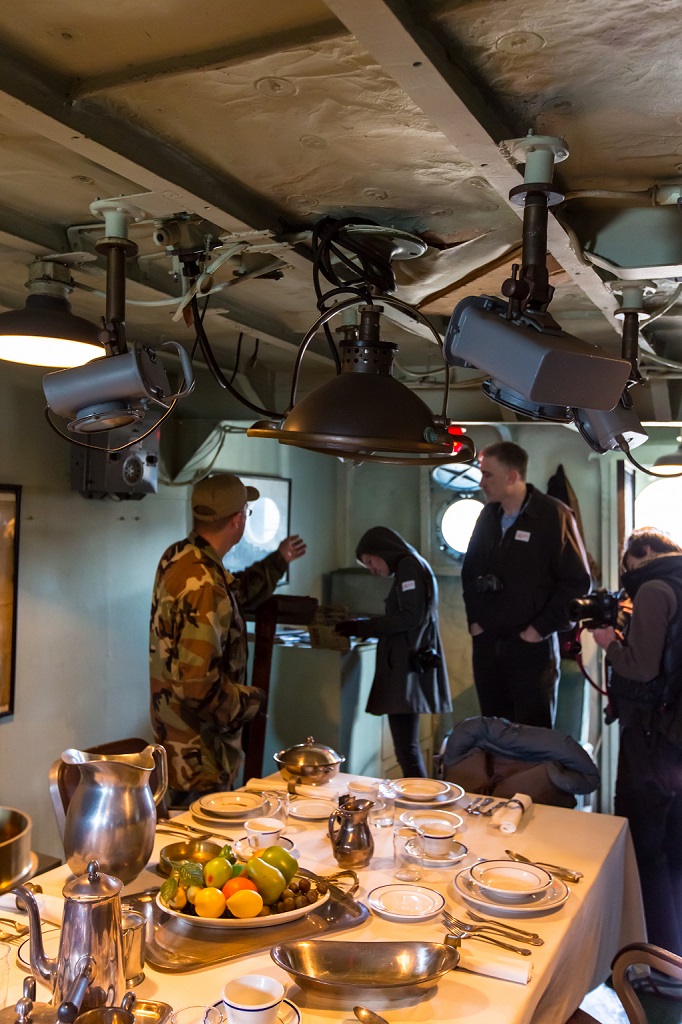 Crew representatives decided to ask Admiral Kidd’s widow for permission to draw a pirate on the destroyer’s chimney. The result was somewhat unexpected – Mrs. Ines Kidd did not only agree to support the request, but also told them that her husband disliked his name and preferred to be called simply “Cap” – clearly hinting at the legendary Captain Kidd. 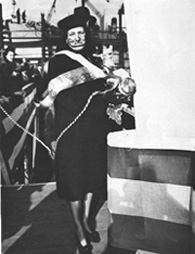 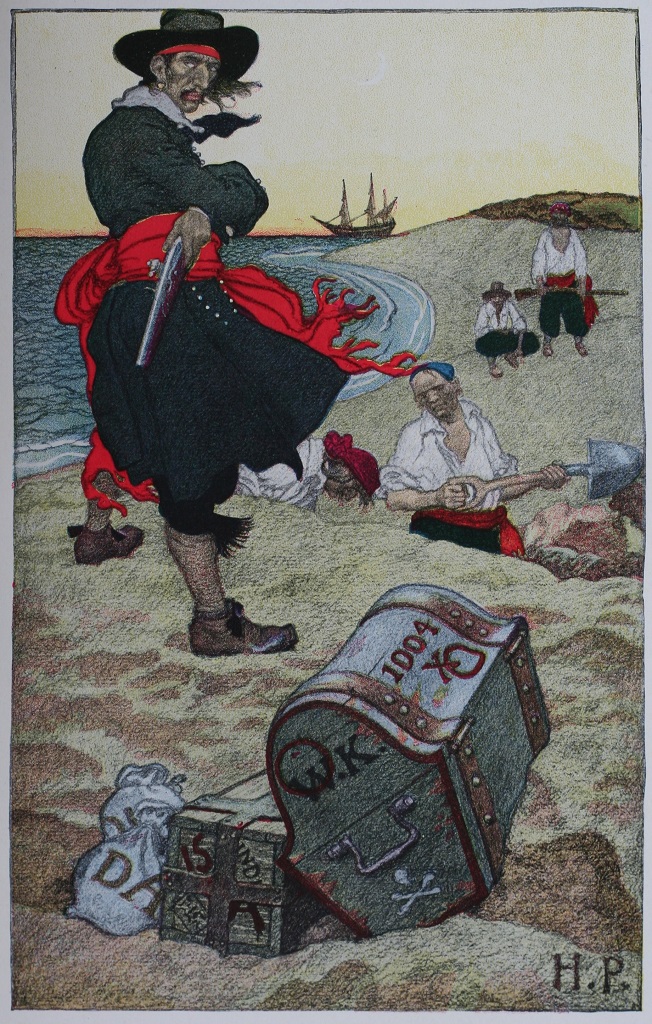 When Mrs. Kidd asked the High Court (many of whom had been friends with “Cap”) to allow not just the image of a pirate to be painted on the chimney, but also to set a “Jolly Roger” flag on the ship, no one could deny her request.

Pirate Kidd now and then 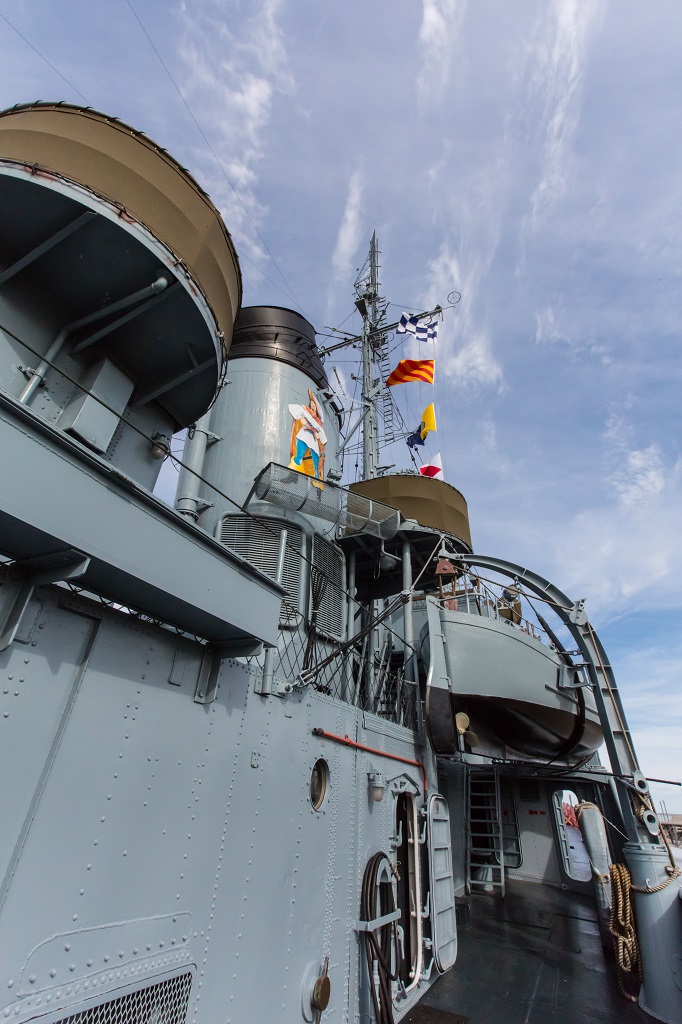 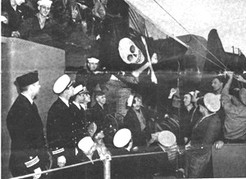 The crew of the destroyer did what they could to fit the classic image of pirates: they acted insane and undertook all their work with a healthy portion of marine humor.

In 1942, USS Kidd participated in maneuvers to simulate firing with illumination shells. The ship was playing the role of a destroyer allegedly attacking the battleship North Carolina. Maneuvers were fine until two shells landed directly on the destroyer! 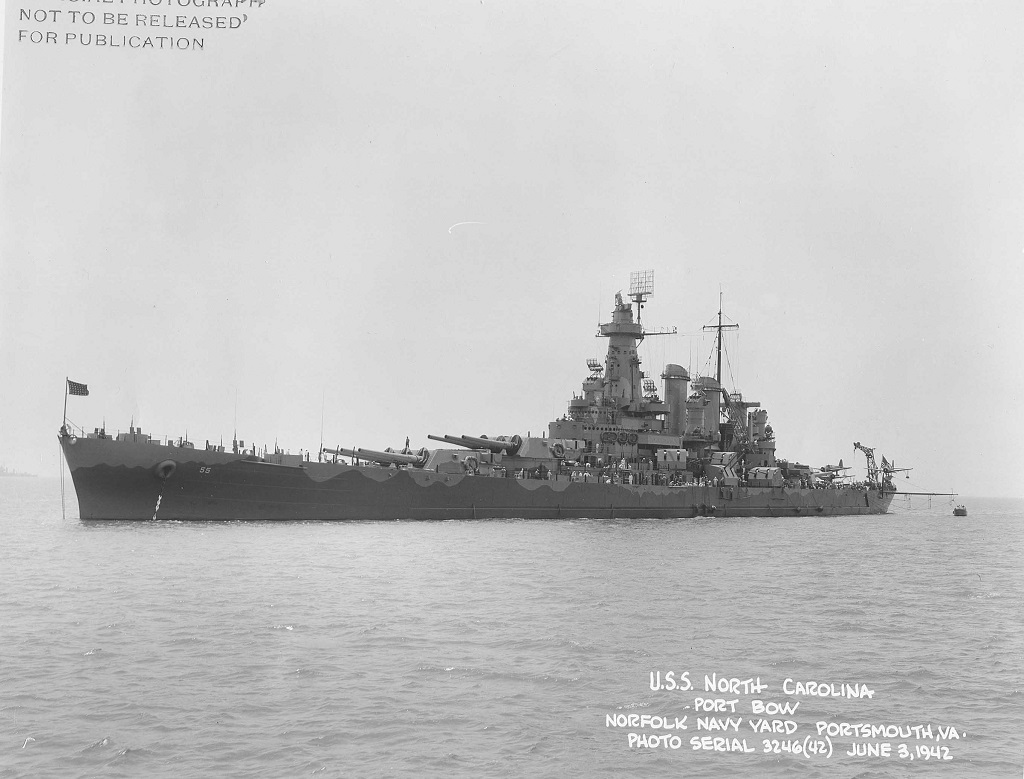 Star 5-inch shell, such a shell hit the USS Kidd

Star shell in cutaway. In the lower part of the shell you can see the parachute compartment 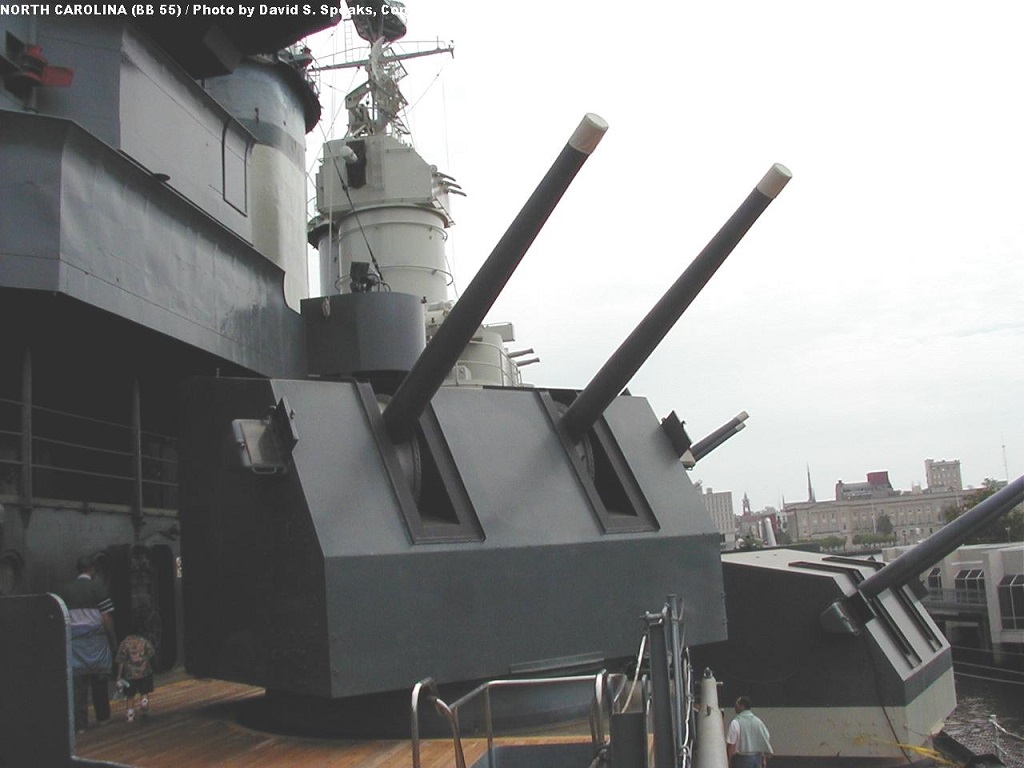 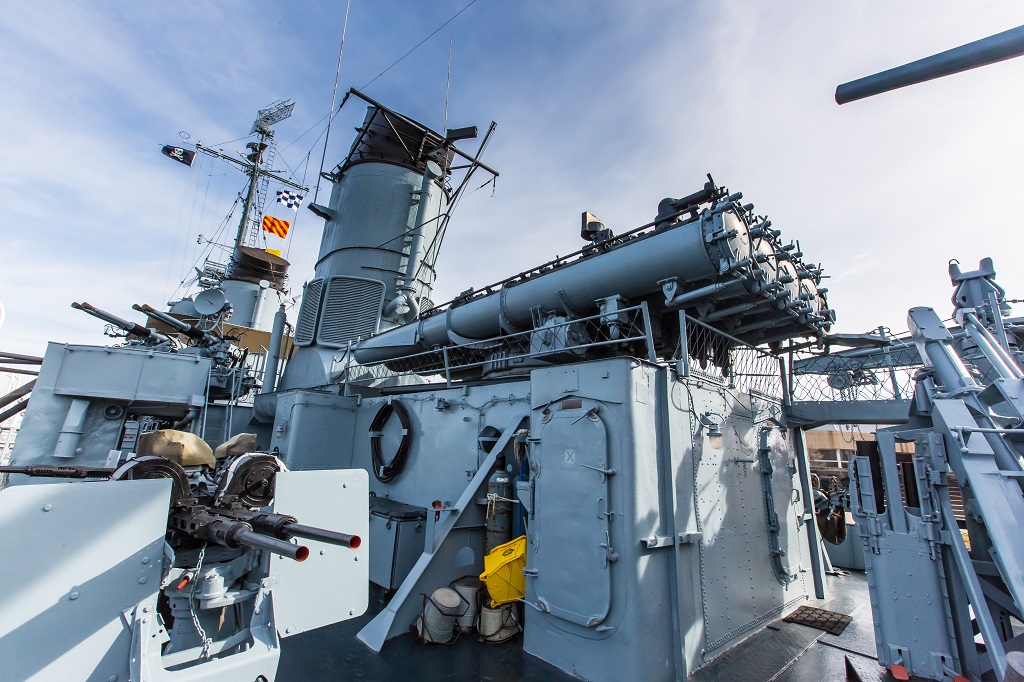 Quintuplicated 533mm torpedo launching unit. Initially, there were two of them on USS Kidd, but after renovation, one unit was removed. 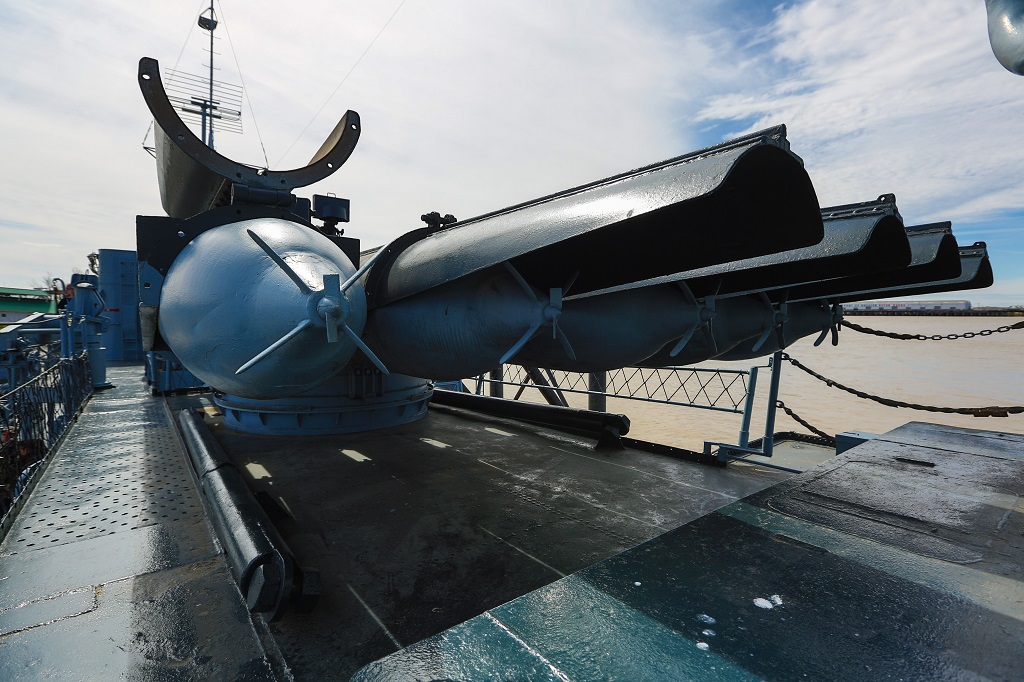 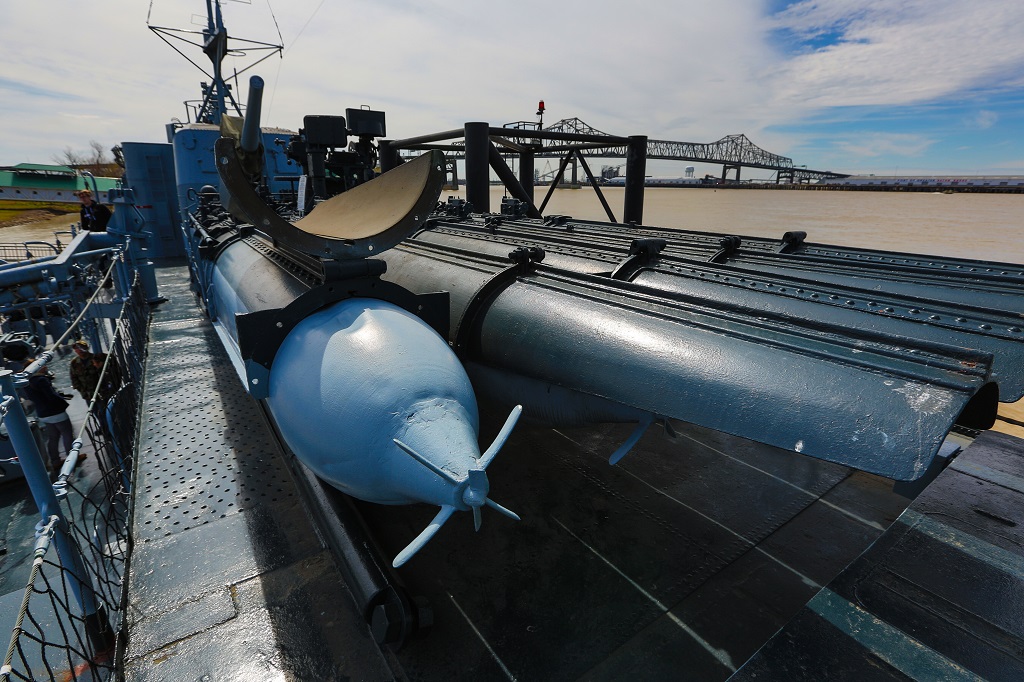 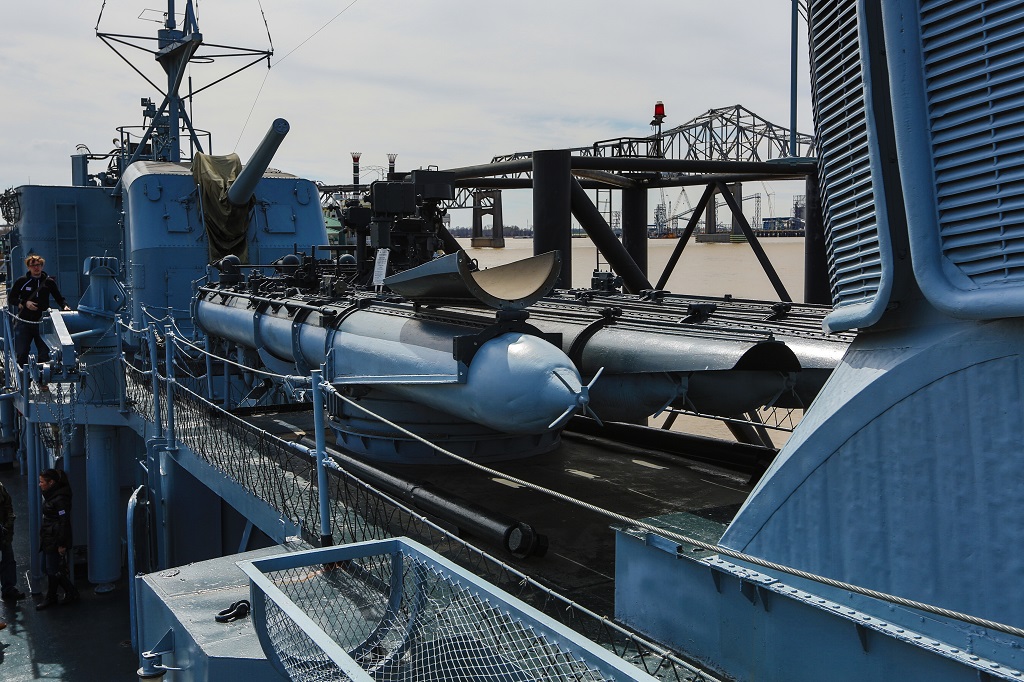 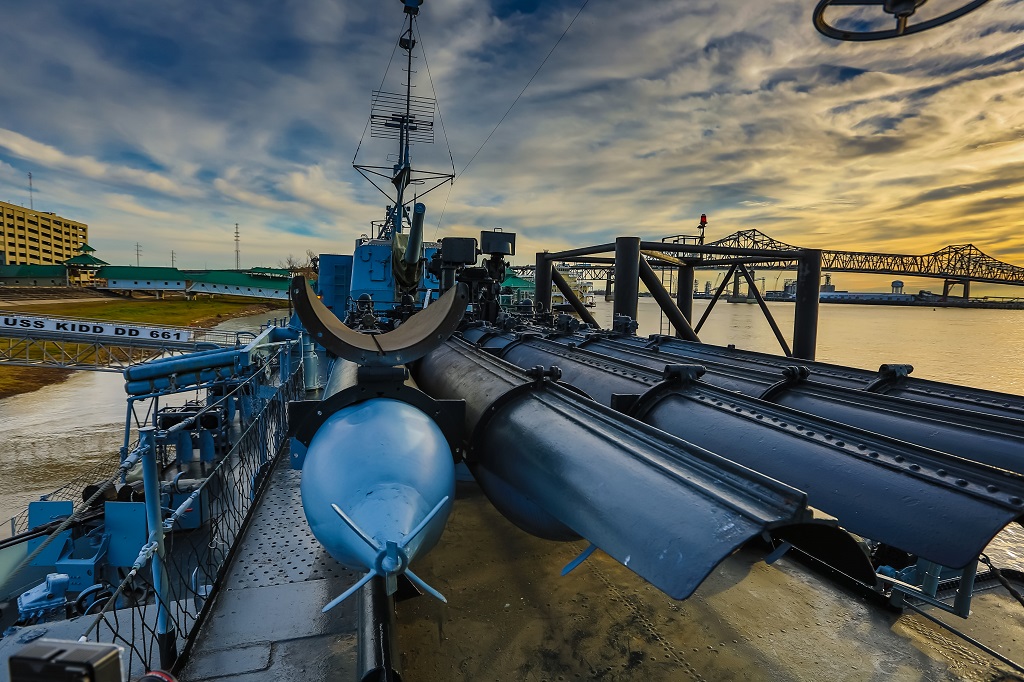 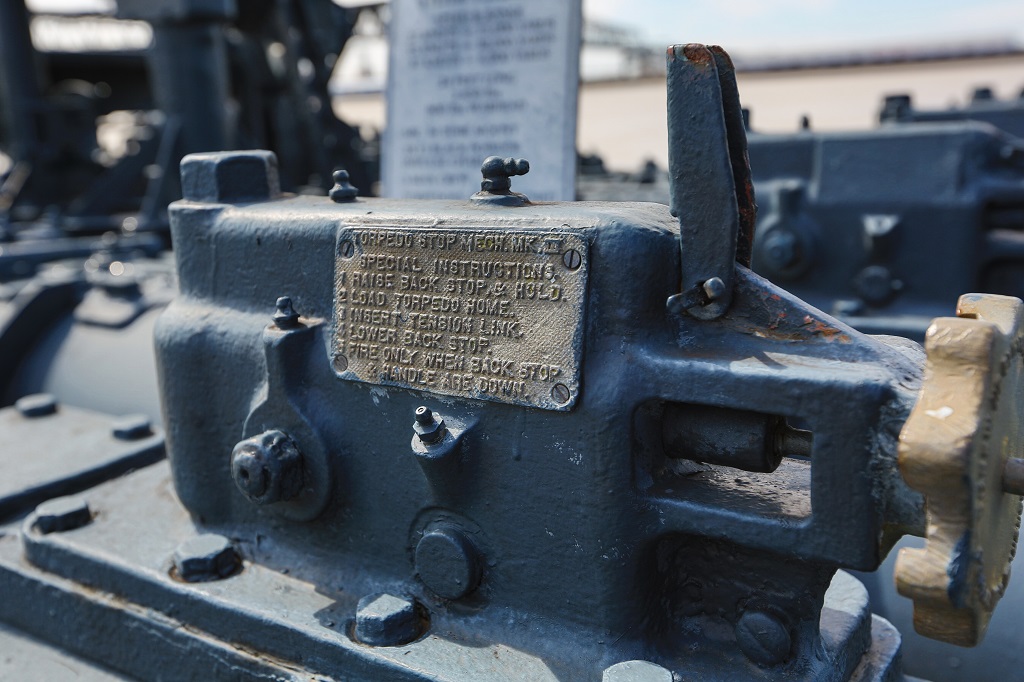 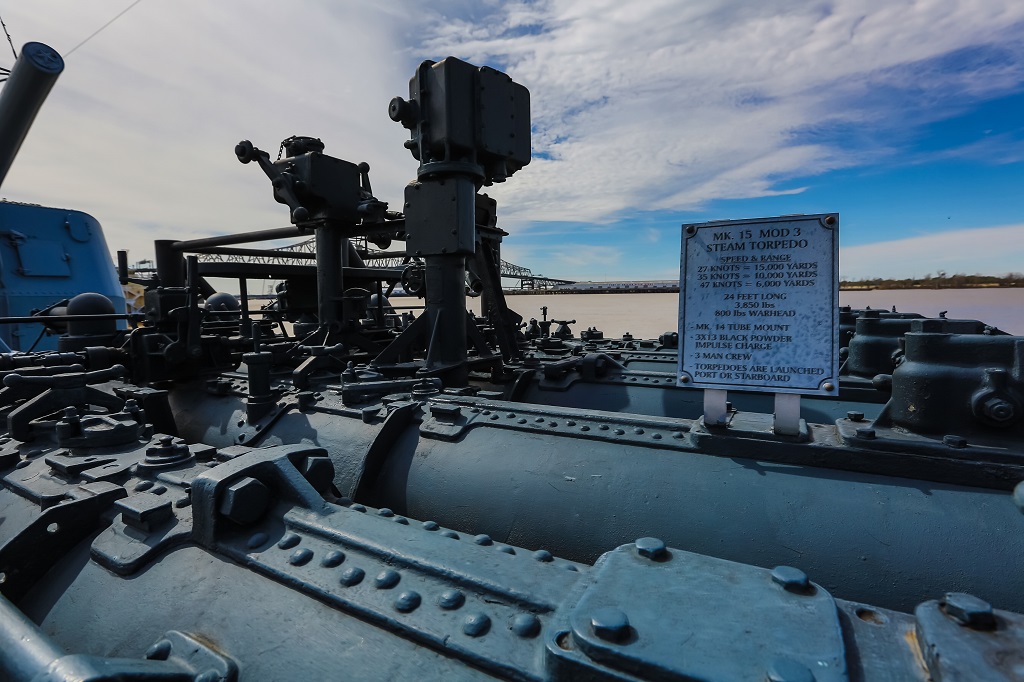 By coincidence, at the same time there were emergency exercises in case of injured crew members. At the moment when the star shells hit the ship, the soon-to-be injured sailor was already firmly attached to the stretcher. The shell flew in a few inches from the stretcher and slightly injured the sailor. 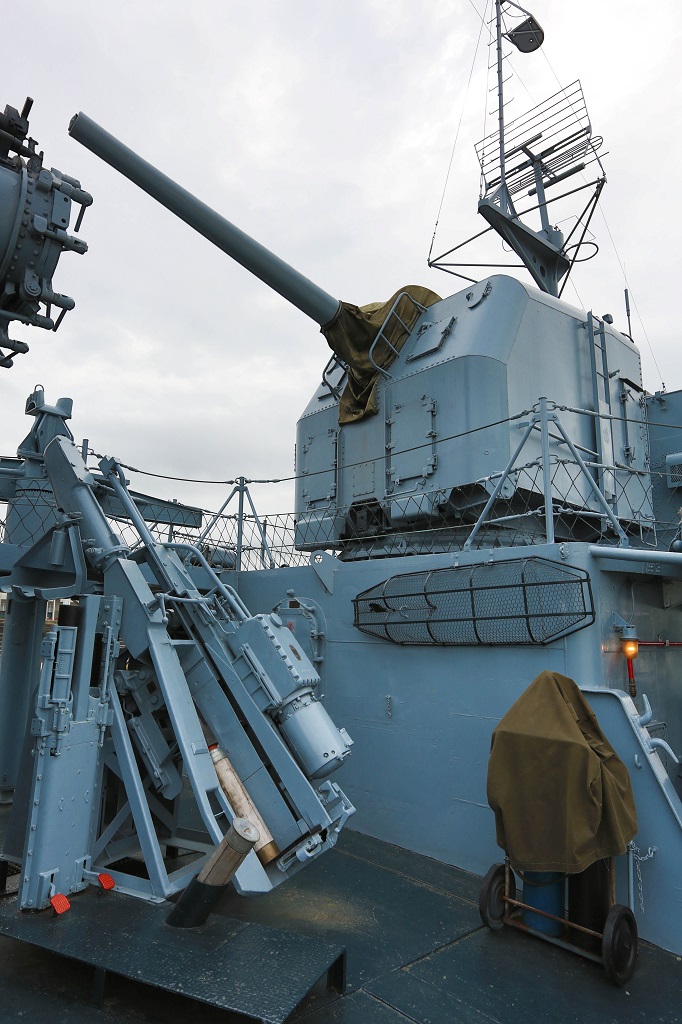 Under the five-inch gun, the stretcher is clearly visible and on the left – simulators for firing from Major Caliber. Prepared crew could provide 15-18 rounds per minute, and for a short period of time up to 22 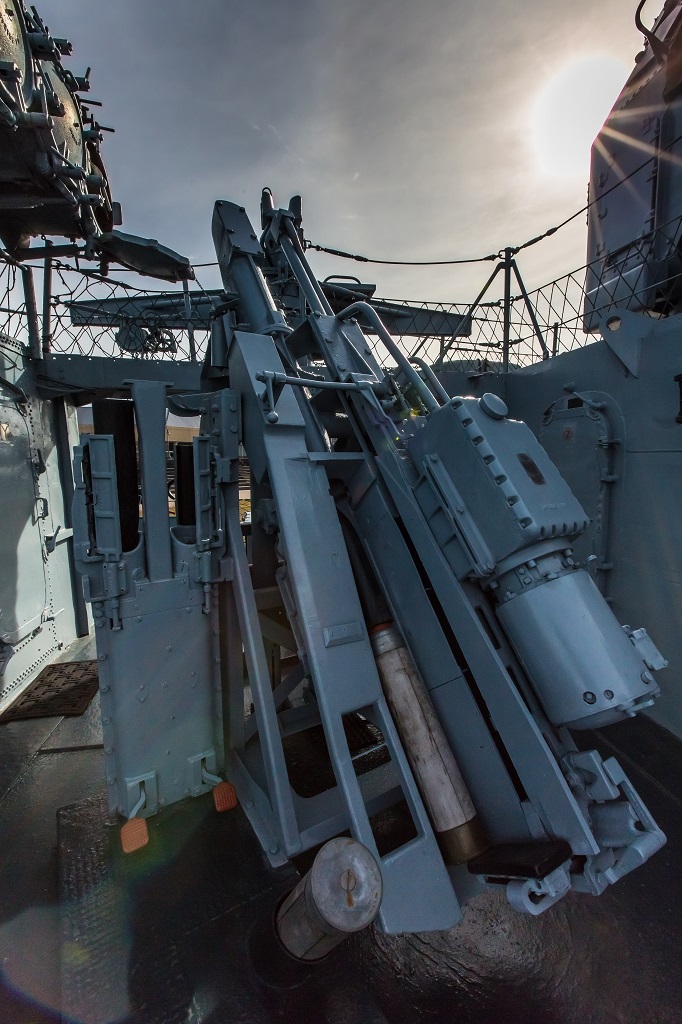 There were no other victims of “friendly fire,” although another shell flew into ship’s doctor’s cabin and ripped to shreds everything that was in a closet, such as his clothes and – what is worse – it broke all the stocks of medical brandy! 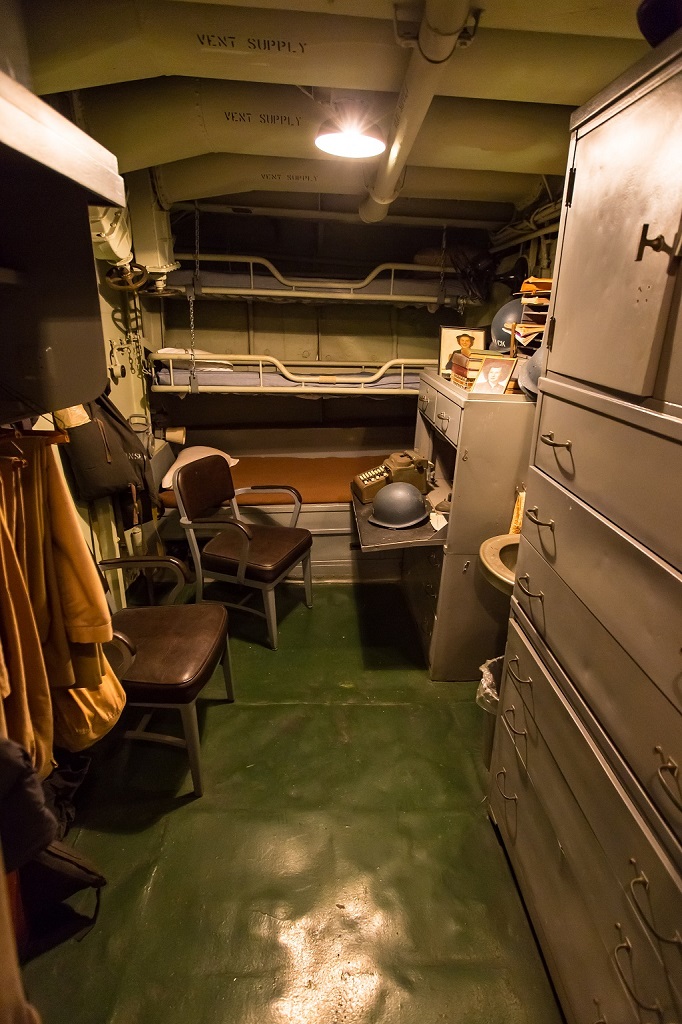 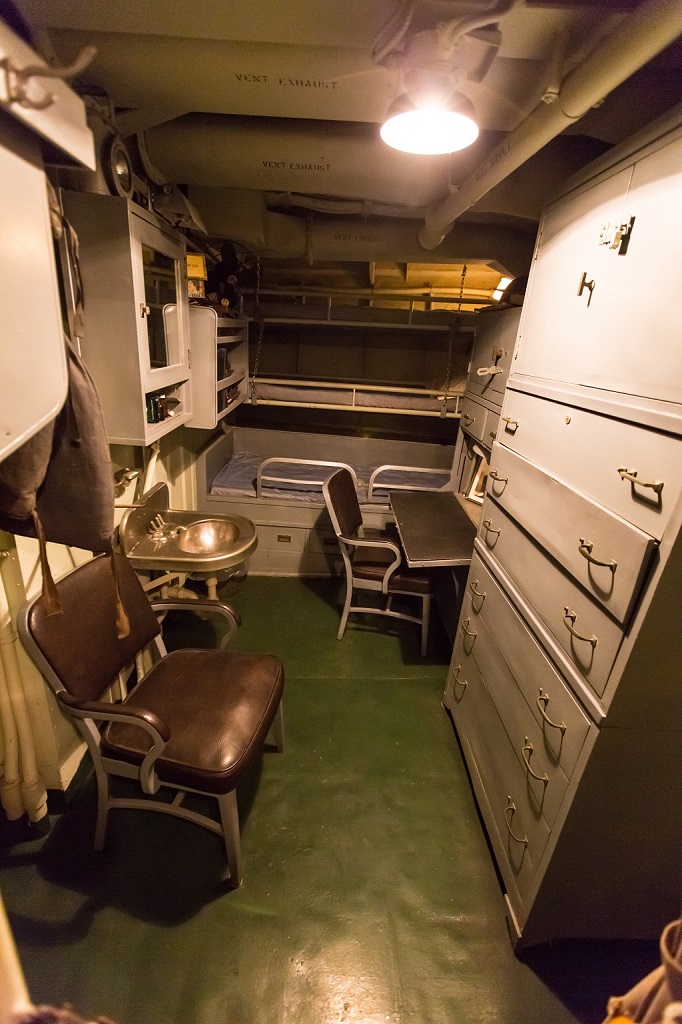 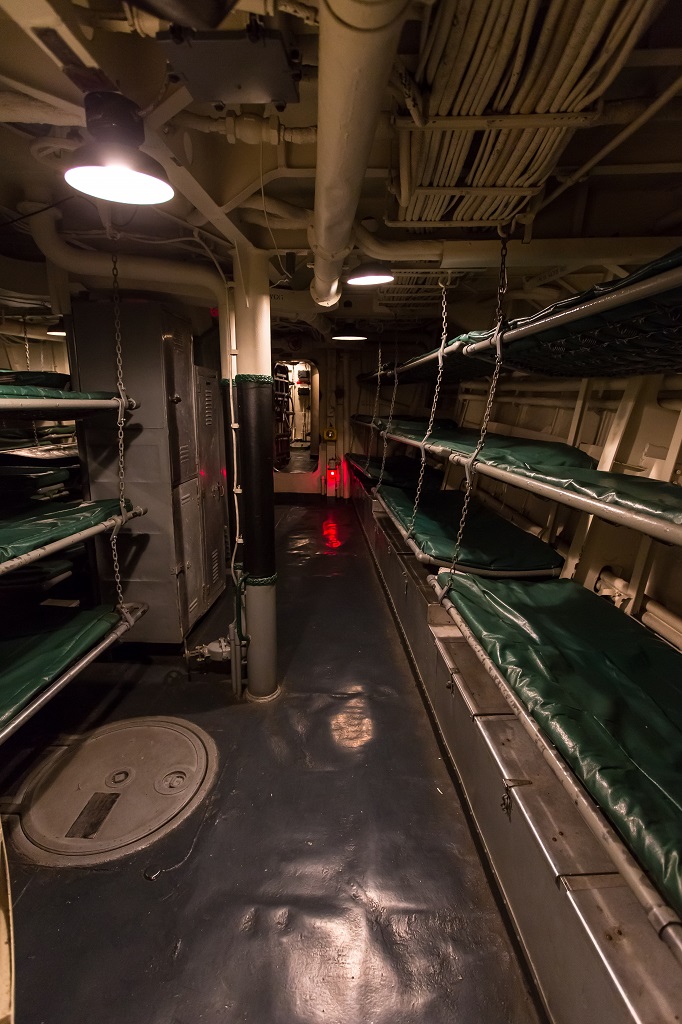 Stretches of Stocker. The “Injured” was lying on such a stretcher when the USS Kidd was hit.

According to records of the incident, USS Kidd’s captain reported that his ship could be considered one of the most combat-ready in the Navy, as the injured sailor on the ship was fastened on a stretcher before the injury.

The North Carolina crew made reparation for the mistake and sent ice cream for all the crew members of the destroyer as well as a mysterious box. When it was opened, they found a huge cake with the image of the “Purple Heart” – the American medal for being wounded in service. 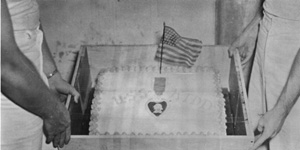 As for the ice cream, the crew of the destroyer enjoyed it very much since it is very difficult to acquire at sea.

Sailors of the USS Kidd who were carrying out search-and-rescue operations looking for downed pilots solved this ice cream problem in true pirate style. After the rescued pilots were returned to their base ships… they started to demand ice cream for rescuing the pilots! Later, they were able to get a separate machine for ice cream creation aboard Kidd. 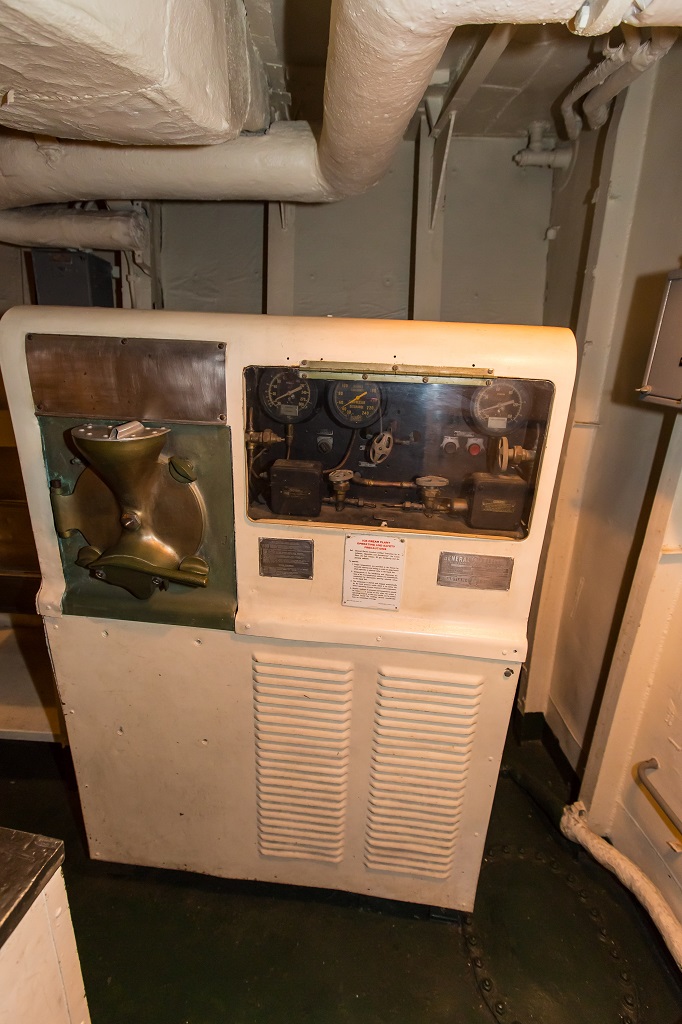 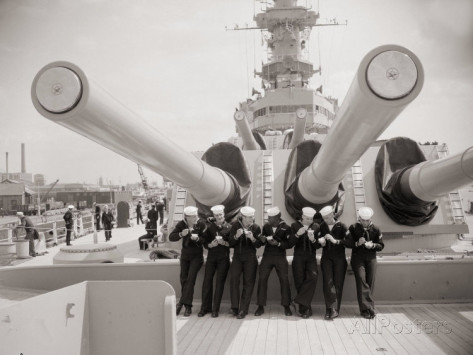