RPG TITLES » World Of Warships » World of Warships: Through the Eyes of an NA Alpha Tester, Pt. 1

World of Warships: Through the Eyes of an NA Alpha Tester, Pt. 1

Today we bring you the first of a 3-part series from one of our alpha testers, Ariecho.

When the signal was received to start maneuvering, the Yamato’s Captain gave the order to set a course that would lead the large ship into a line parallel to the first set of Pacific islands.  Switching view, he could see one Iowa and another Yamato following, in line astern formation.  On their port side, a few Fletcher and Shimakaze destroyers were also forming their own line, and in the distance, an aircraft carrier was getting in position.  A battle was about to start, and already some aircraft were filling the air.  Soon, they would be followed by large shells.

Hi!  My forum name is Ariecho (pronounced Ariayko) but most people call me Ari.  I am a resident of the North American forum, where I dedicate most of my time on daily threads dedicated to the real ships that we will eventually find in-game, or others who also served in the same time frame the game will cover.  I had the chance a few weeks ago to be selected as an alpha tester for the game World of Warships, and I was asked if I wanted to share my experience with you. 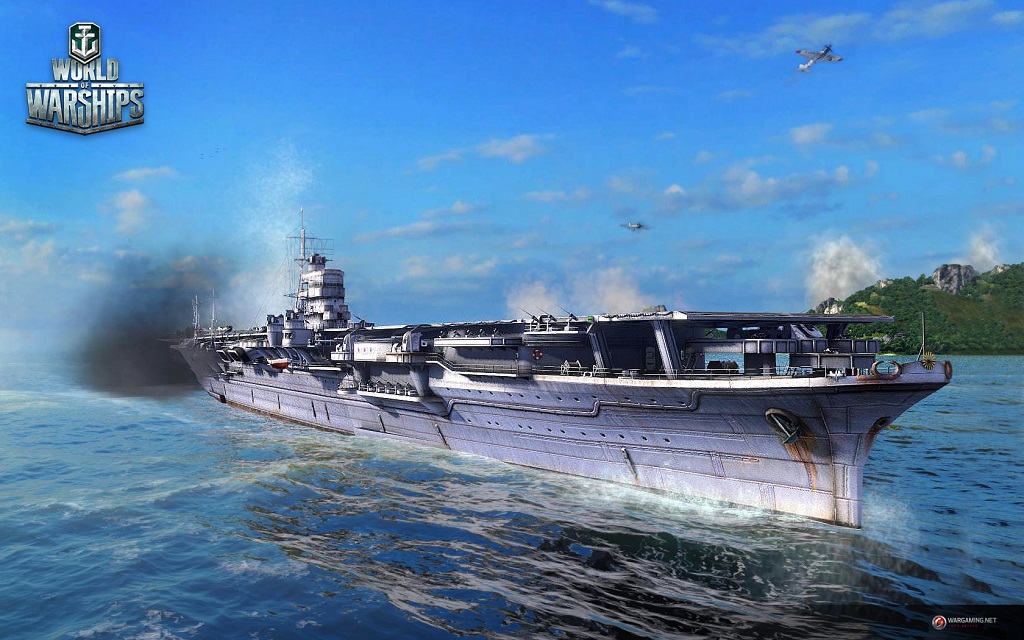 When I discovered the game’s forum a year ago, I was immediately hooked not only by what I believed the game would be, but also by the community that was being created from scratch by both its members and the Wargaming team around us.  A year later, when I was lucky enough to receive an email that many were looking to get as well, my expectations were on the line, but I had almost zero doubt about what I would see.

I said “almost”, because I will admit that I still had one question on my mind.  Will the game look as beautiful as the screenshots that Wargaming is throwing at us from time to time?  When the developers said that they were actual game footage, I told myself “yeah … right!”

So, when I was done downloading the game and clicked on the big red button that said “PLAY”, I crossed my fingers.  The first thing that I did was to circle around the very few ships that were in my dockyard, and to take a good look at them.  They looked gorgeous, animated, and alive.  When the first game session was set and I could freely zoom at them at leisure, my question was answered.  Yes, the screenshots are actual game footage, and yes, the ships look that beautiful.

Game sessions are very similar to World of Tanks, as you can imagine.  You pick up a ship, and you are assigned to a team that consists of destroyers, cruisers, battleships, and aircraft carriers.  Each ship has her own feeling, her own sensations when you maneuver her, just like when you sit in two different cars, and you can feel the difference in power, maneuverability, and acceleration.  Yes, get used to it, we call ships “she” for the most part, a naval tradition in most countries. 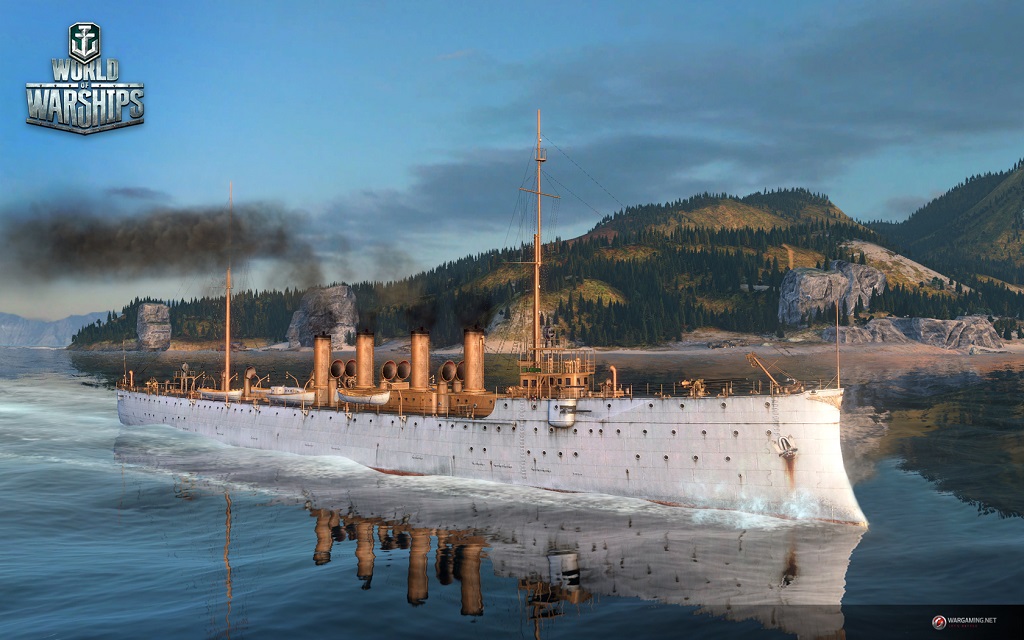 The first ship I tried was the battleship Yamato.  I had to!  Whether you like Japanese ships or not, she is a legend, and I wanted to see how impressive she looked.  So, I zoomed as much as I could, and I was almost expecting to see little men in uniforms manning battle stations.  The details on the ship are that great!  When the game timer reached zero, and I ordered the ship to go to full power, I could feel the ship slowly but surely come to life, her turrets turning in the direction I was aiming at, and I could measure how big Yamato was, compared to anything around.  Maneuvering the ship was very intuitive, and aiming at the enemy, eventually spotted by scout airplanes from our team also came like a second nature.

If you played artillery in World of Tanks, you will feel at home in World of Warships.  It takes some time for your turrets to align (as it should), and eventually, you are being told that you are in a position to fire.  My first salvo was directed at a Des Moines-class cruiser who had ventured ahead of her formation to create an anti-aircraft screen.  I could see very clearly the wake generated by her hull and propellers, and little things falling from the sky, amid dark clouds generated by anti-aircraft artillery: friendly scout airplanes that the carrier was shooting at.  A quick click on the left mouse button, and my first salvo of 18-inch shells was on its way.  Within a few seconds, they were landing around the cruiser, creating gigantic geysers.  One of them reached its target, and I could see the enemy ship slowing down, smoke coming from one of her turrets.  The only thing missing was the smell of cordite.

Find the next part at: Through the Eyes of an NA Alpha Tester, Pt. 2