RPG TITLES » World Of Warships » World of Warships: Through the Eyes of an NA Alpha Tester, Pt. 2

World of Warships: Through the Eyes of an NA Alpha Tester, Pt. 2

Today we bring you the second of a 3-part series from one of our alpha testers, Ariecho.
You can find the first part here: Through the Eyes of an NA Alpha Tester, Pt. 1

A look at my radar screen told me that I had aircraft inbound. It was time to play dodge. Switching view, I could clearly see torpedo bombers lining up and releasing their torpedoes. I guess I made a big target, now I had to check if it was nimble enough. I took a hit … or two … but Yamato is a big girl, and she survived the first air raid, helped by a nearby Fletcher who laid down a smokescreen to hide me from enemy aircraft. If you thought that team play was important in other games, here it is primordial.

I will pass on the rest of that game. I honestly don’t remember if my team won or lost. Even more honestly, at that time, I didn’t care, as I was more focused into looking at my ship, trying out her abilities, and checking out all the eye candy through the different view modes offered. 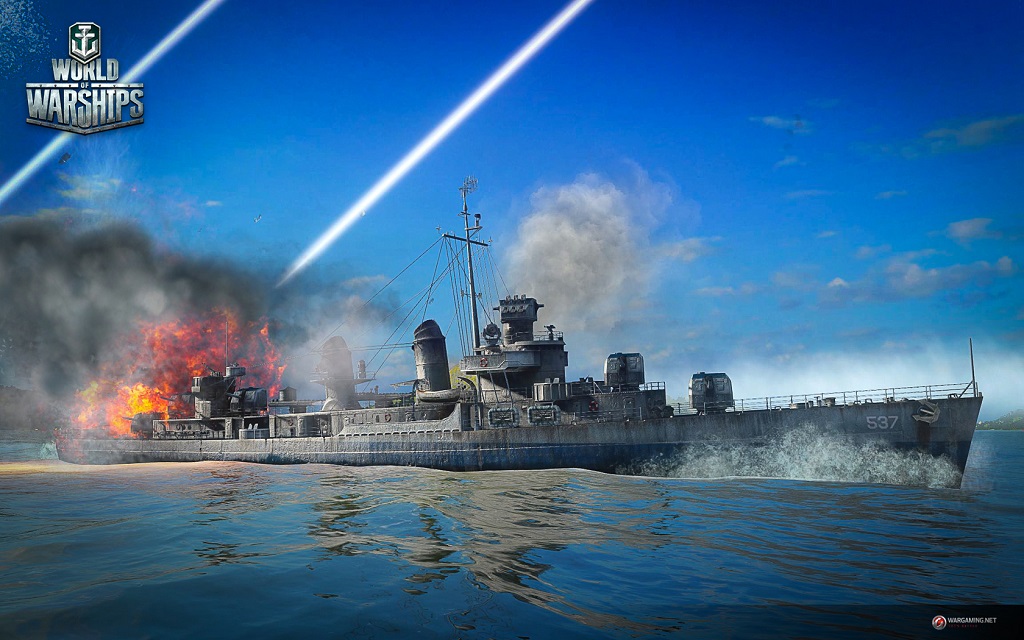 After (more than) satisfying my curiosity about the graphical delight the game was, as well as its functionality as far as commanding a ship was, I wanted to check other classes, and see if I could “feel” a difference. If you have played World of Tanks, you know that a Maus doesn’t handle like an AMX 13-90. So, I wondered how it would be in World of Warships.

While I’m talking about World of Tanks, the first difference that I noticed was that unlike tanks, ships don’t stop on a dime! When you have a 70,000-ton ship going at full speed, you can hit the brakes all you want (… if you find them…), she will take her sweet time to stop, as she should. Even smaller ships such as a Fletcher destroyer don’t have an emergency hand brake. You will have to deal with the ship’s inertia, whether you want to reverse course, or make hard turns.

The second ship I played was a Shimakaze-class destroyer. The difference was immediate! I ordered her to go to full speed, which she reached in a few seconds (remember that time has to be compressed in the game). When the starting position was clear of other ships, I also tried her turning abilities, and noticed how tight turns could be. In the game, destroyers can be used either defensively, providing smokescreens to capital ships, or offensively, with a combination of their speed and torpedoes. To make a last reference to World of Tanks, if you enjoyed “wolf packs”, destroyers are for you, although coordinating their moves and torpedo salvos will prove a bit more difficult. 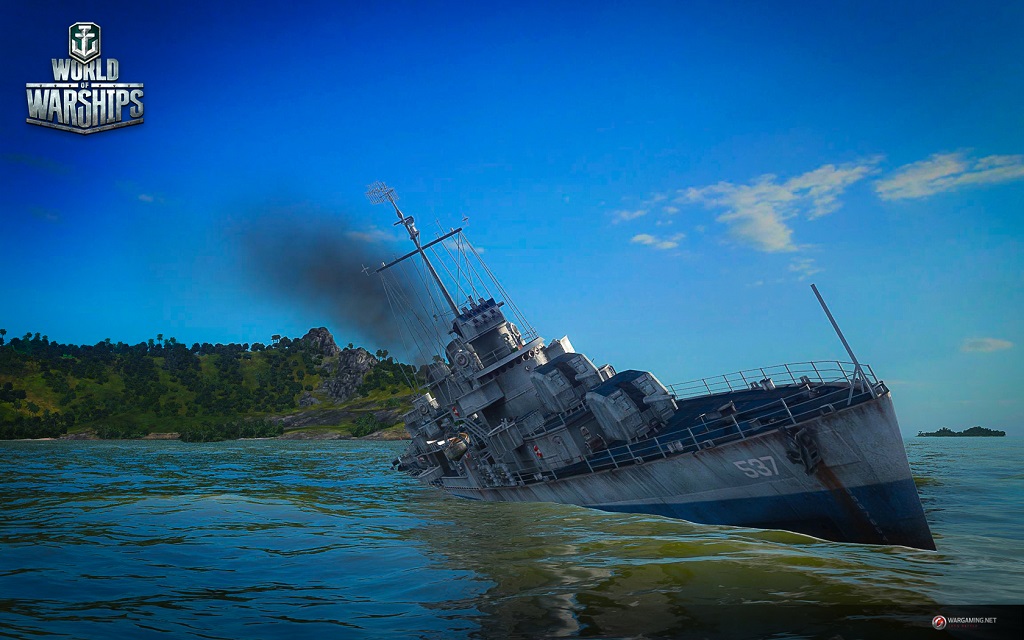 While all the big ships were firing at each other, I checked my tactical map, and found an isolated ship, or so it seemed. At 40 knots, I set the destroyer in a bee line towards what appeared to be a Shokaku aircraft carrier. Between her and I eventually appeared a lone Fletcher who bravely set herself in between the flat top and my destroyer, coming down at her at 40 knots. At a distance of 6 kilometers, my ship hit the rudder hard to port side, unveiling her 15 torpedo tubes. Within a few seconds, the sound of torpedoes hitting the water could be heard, but also the noise of shells from enemy ships trying to defend their aircraft carrier and firing back at me. It was time for a tactical retreat while checking if the torpedoes were doing their job.

Switching view again, I checked the Fletcher, and saw her almost rise in the air before breaking in half and rapidly disappearing. It was my first kill, maybe not an aircraft carrier, but still a good satisfaction. So busy was I checking the Fletcher slowly disappear that I didn’t listen to the warnings announcing the arrival of enemy dive bombers. The screen froze for a second, before I saw my own ship disappear from the surface. It didn’t matter, I was ready to go for the next class.

Find the next part at: Through the Eyes of an NA Alpha Tester, Pt. 3